SUSANNA Reid refused to kiss Ben Shepherd on today’s Good Morning Britain as they did a kiss cam.

The hosts were testing out the new camera, which will appear on Eurovision, alongside Kate Garraway who was a little more eager. 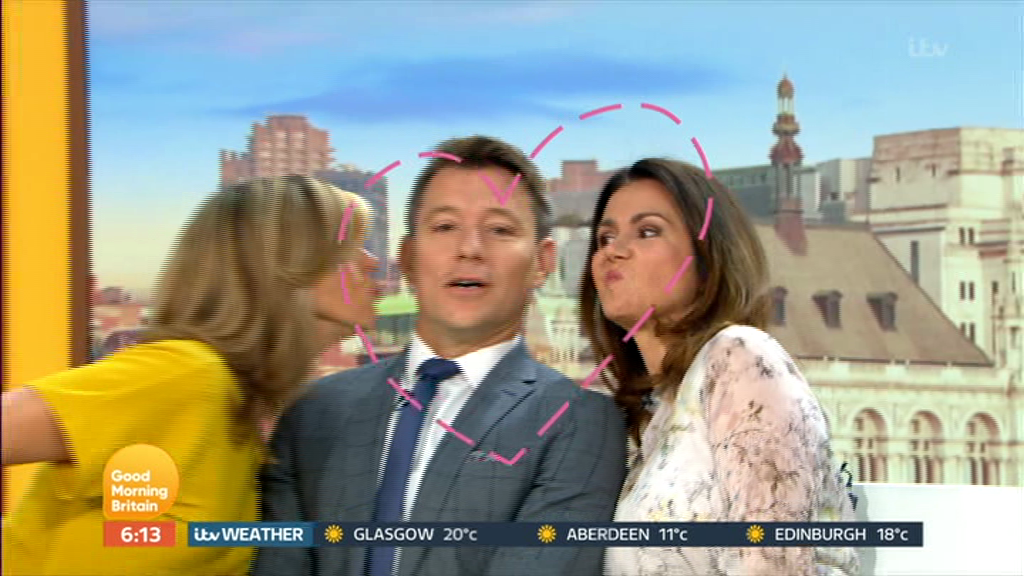 But while Kate lent in to kiss Ben on the cheek, newly single Susanna kept her distance and pulled a face at the prospect of a kiss.

Kate, who has been married to Derek Draper since 2005,  laughed: “We all went a little shy then.

Susanna interrupted: “Speak for yourself!”

Ben hit back telling her:  “I think you protest too much.” 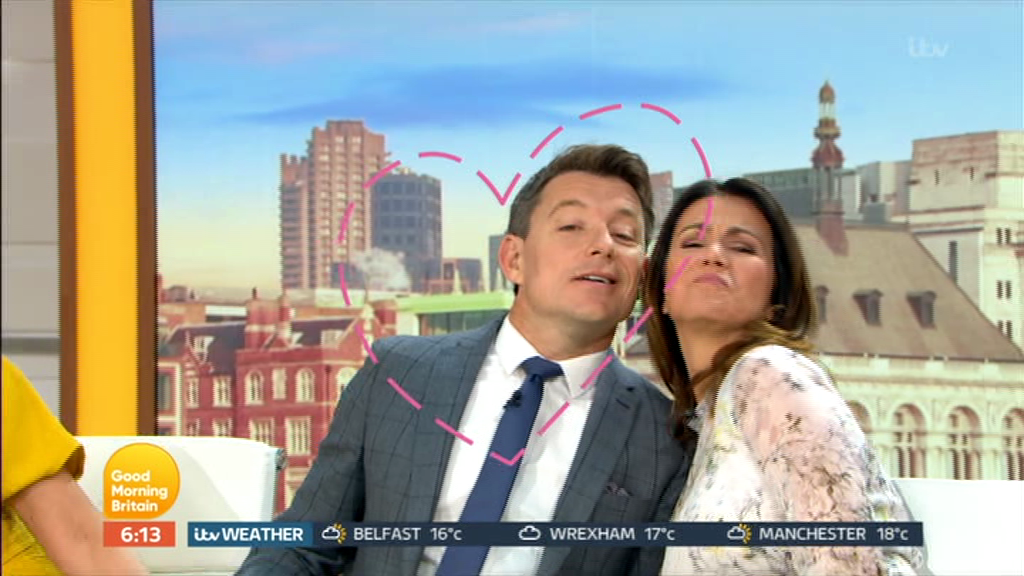 Susanna, 48, split from her boyfriend Steve Parish at the end of last month.

She addressed the split on GMB and joked that she head dumbed the millionaire Crystal Palace chairman for her usual co-host Piers Morgan.

“Let's not dwell. I'm fine, we're fine, we're very good friends. We were at the match on Saturday,” she said.

Piers asked whether she'd leaked the news to coincide with his return to GMB today after his three-week break over Easter.

Susanna joked: "Yes Piers, it's all down to you" before adding: "These things happen." Bill Nye Reveals Why It’s So Important to Wear A Face Mask In Epic TikTok Video — Watch
We and our partners use cookies on this site to improve our service, perform analytics, personalize advertising, measure advertising performance, and remember website preferences.Ok