On tonight’s edition of The Apprentice, it was time for the contestants to take flight as they were asked to create and brand a new budget airline.

But for one candidate, they’d reached their final destination after a very turbulent ride in the boardroom.

This week, Kurran Pooni took Lord Sugar up on his challenge and became Project Manager for Team Collaborative were he was joined by Jackie, Camilla, Daniel and Khadija.

And upon his appointment, he told the rest of his team: “I feel that everything I have done in my life has led to this moment.” 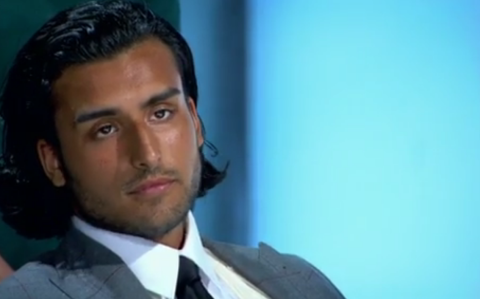 The teams had to first decide if they were going to be a ‘business’ or ‘party’ airline, before naming their airline, designing a logo and cabin crew uniforms, as well as creating an advertising video.

Things were bad for the team from the start, as Jackie and Camilla went against Kurran’s wishes and named the airline Jet Pop, instead of his suggestion ‘Pangea’, which no-one understood.

Jackie and Camilla were in charge of designing the uniforms and picked one which was not only impractical, but would have left the cabin crew feeling very cold.

But when it came to making the advert, it was Kurran’s time to shine as he took the director’s chair.

Totally disregarding the storyboard the team had agreed on, Kurran decided to make it all up off the top of his head, leaving his team with an advert set on a beach which didn’t feature any hint of a plane, inside or out.

Ultimately, it would be the advert that would lead to Kurran’s downfall, as in the boardroom he couldn’t accept that his creation just didn’t work.

After going back and forth with Lord Sugar about the ad, Kurran was branded “deluded” before being told he was “fired”.

For viewers, it was the firing they’d been waiting for, after enduring weeks of Kurran doing nothing but talk and still managing to keep a place.

And it looks as if Lord Sugar was also happy to see him go, as he tweeted comparing Kurran to Donald Trump in ‘deluded confidence’ levels.

You can read our exit interview with Kurran here, and see what he has to say in response to Lord Sugar branding him “deluded”.

Next week, the teams are tasked with urban gardening, which will probably get very, very, dirty.

The Apprentice continues next Wednesday (November 14) at 9pm on BBC One. Boris and Carrie's DOG 'had Covid': Dilyn 'lethargic' when PM in ICU