'The Big Bang Theory': The Co-star Mayim Bialik Wants to Work With Again 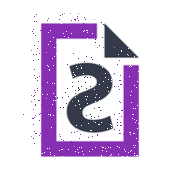 Many of these characters were played by capable performers who helped make the show even better. One of those actors was Mayim Bialik, a veteran of sitcoms.

Bialik carved out a significant role for herself on the show and over the years ended up appearing in many episodes, becoming a regular cast member. There’s one guest star in particular she’s commented on, saying she’d love to work with this person again.

But who was it? Let’s take a closer look at who Bialik wants to get in front of the camera with after their appearance on this show together.

What is the premise of ‘The Big Bang Theory?’

The Big Bang Theory was a study in contrasts. According to IMDb, the show ran on CBS from 2007-2019. Any sitcom that runs for that long will need to be buoyed by some intriguing plot lines and solid performances, and this show had both.

It centered on the story of a scientist named Leonard. While he’s a decent man, he’s also socially awkward. Living across the hall from his apartment is a beautiful and kindhearted woman named Penny. Their relationship is at the heart of the show. The wrinkle in Leonard’s life is that his roommate is another scientist named Sheldon.

Where Leonard is somewhat timid and awkward, Sheldon is blunt without considering the feelings of others. He states his thoughts in a cold, matter-of-fact matter.

Throughout the years on the show, plenty of other characters joined this core trio. Bialik joined and almost immediately became an integral member of the cast.

Who did Mayim Bialik play on ‘The Big Bang Theory?’

Bialik played a character named Amy Farrah Fowler. She serves as a love interest to Sheldon, often sounding like him though without being quite as mean at times.

Amy is a neuroscientist, which Bialik can relate to: she has a Ph.D. in real life. After appearing on the NBC sitcom Blossom as a young woman, she semi-retired from acting to focus on her family. This show provided her with a return to the industry. In an interview with the local CBS affiliate in LA, she talked about that transition:

“I had kids and left the industry and got my doctorate. There’s nothing like that perspective of being given the hardest job and the best job you’ll ever have in being a parent.”

Bialik’s run on the show was significant. Her role became more significant as the show’s run continued. She provided a worthy foil for Sheldon, showing viewers that the seemingly apathetic genius could actually feel genuine love and affection for someone else.

Bialik had plenty of opportunities to play across from famous guest stars, as this show had many of them. Her favorite, however, was Star Wars legend Mark Hamill, according to Business Insider. Bialik said she’d love to work with him again if she’s lucky enough to get the opportunity. For now, it’s confined to social media.

“I would love any opportunities to continue interacting [with Hamill], but as for now, it’s been restricted to the Twitter sphere.”

So will Bialik and Hamill get to cross paths again? Never say never. Bialik currently stars in a Fox sitcom named Call Me Kat. Perhaps with a little coaxing, she can get him to appear there. She may need to tweet at him to do it.