The Boys: Why did Becca Butcher star Shantel VanSanten leave series? ‘I struggle with it’

The Boys fans were left devastated by the death of Becca Butcher (played by Shantel VanSanten) in the season finale of the second season. But why is the actor leaving the show? Here’s everything fans of the show need to know about her exit and what the actor really thought about it.

Why did Becca Butcher star Shantel VanSanten leave The Boys?

WARNING: This article contains spoilers for The Boys season 2, episode 8.

Season one of The Boys ended with the revelation Becca was still alive, much to Billy Butcher’s (Karl Urban) shock.

The pair reconciled in the second outing as a result but struggled to get past the fact Becca was raising Homelander’s (Antony Starr) child.

The series two finale saw them unite once again as Billy tried everything in his power to get her to safety.

However, when she and her son Ryan (Parker Corno) were running through the forest to escape, they were stopped in their tracks by Stormfront (Aya Cash). 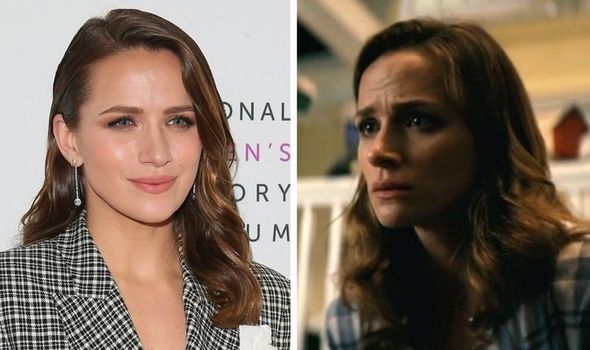 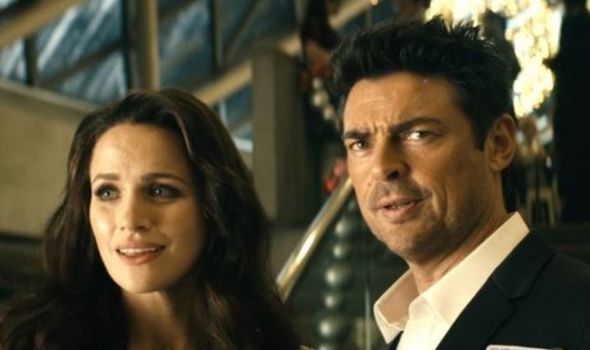 She strangled Becca almost to death when Ryan lost control of his powers, maiming Stormfront and fatally wounding his mother.

Becca then died in Billy’s arms as he promised her he would keep Ryan safe in a heartbreaking twist.

The storyline left many fans of the show devastated and some wondering why actor VanSanten was leaving the comic book drama.

However, it seems it was not the star’s choice to leave the show and was rather a storyline decision. 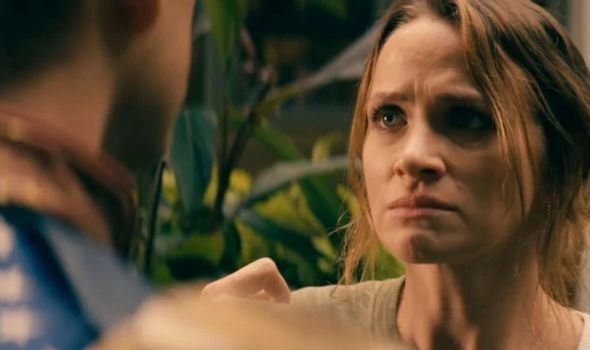 Speaking in an interview with Insider, she revealed how she found out her character’s fate halfway through filming the show.

VanSanten explained: “It’s so hard. It’s the most bizarre thing, the finality of a death on a show.

“I struggle with it so much. There’s grief that comes in that, in feeling like there was more for that person in the way that we feel about the dearest of dear friends.

“I poured my heart and my vulnerability and my stories out through Becca and I had hopes and dreams for her future and there’s no way to not have those things.”

The Boys title card: Who was Andrew Jack? Star honoured in The Boys [INSIGHT]
The Boys season 3 release date: Will there be another series? [VIDEO]
The Boys spin-off release date, cast, trailer, plot: What we know [PICTURES] 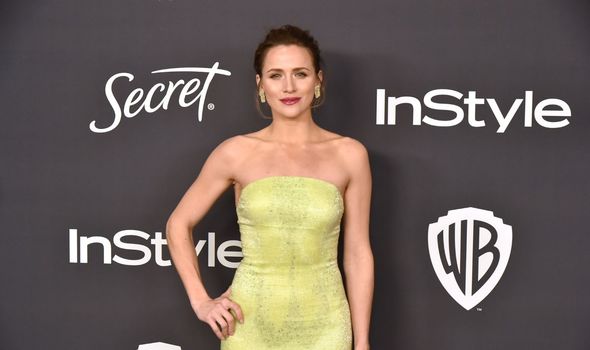 She did also reveal she was pleased to have had the opportunity to be part of the world of The Boys.

And she agreed for the story to work, Becca and Billy could have never stayed together.

VanSanten added: “I just felt like all of the work that you do to earn and understand a character was heard, and it made me feel valued and appreciated in a way that a lot of jobs don’t always.

“And in that way, I feel like I get to leave my little stamp on the Becca-Butcher love story and on the show.

“It is in my mind such a soulmate love story that is just star-crossed and constantly torn apart, where they just haven’t ever really been able to be together. That part breaks my heart.”

The twist also means the show is now following the comic book series closer once again.

This is because in the source material, Becca was killed by Homelander when he raped her.

Now The Boys is heading into its third season, it is sure her presence will still be felt as Billy deals with her loss.

Fans will just have to hope she might appear in some more flashback sequences in the series.

The Boys season 2 is available to watch in full on Amazon Prime Video now.