The Chase: ‘Come ON’ Bradley Walsh makes BIZARRE camera plea for one player

After years on ITV’s hit game show The Chase, host Bradley Walsh has become increasingly bold with his antics.

Viewers love the unexpected blunders and hilarious spats between the presenter and team of chasers, so comedian and actor Bradley, 58, regularly enjoys playing up to it.

Tonight however, the presenter did something unusual and he spoke directly to Irish contestant Gerry’s father, ordering him to give the player “a raise” at his job for the family’s farm business.

The amusing exchange continued when Bradley seemed to realise Gerry’s father could be unimpressed by the presenter’s comments, giggling over whether or not the contestant would have a situation to deal with when he got home.

Following Gerry’s explanations over his career ahead of the cash builder round, Bradley suddenly turned to the camera.

“Come on,” he said sharply. “He’s been working on the farm since he was young.

Gerry laughed, having admitted he wanted to win some money for a trip to Australia, but Bradley continued on.

“He’ll be cursing when you get home!” the presenter exclaimed through his chuckles.

Despite his earlier efforts to improve Gerry’s lifestyle, Bradley shared his condolences with the contestant when he failed to beat the chaser – Paul Sinha. 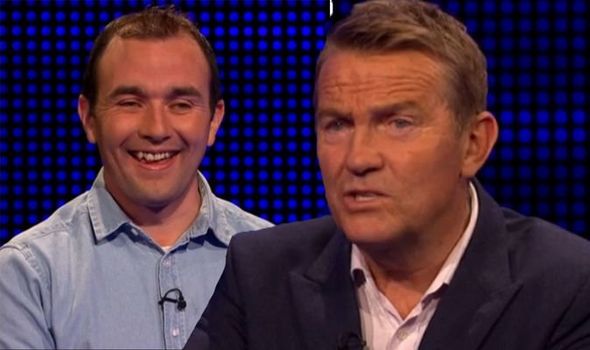 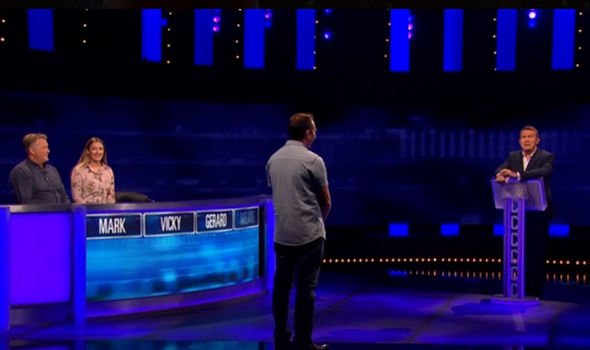 He wants a raise, don’t you Gerry?

“All is not lost,” the host reminded the player. “You’ve got a raise from your dad! That’s all that matters.”

Also on today’s instalment, Manchester player Mark was the only hopeful who managed to get through to the final, in what turned out to be nail biting scenes.

Having lost the previous three contestants, Mark decided to throw caution to the wind and take the Sinnerman’s higher offer of £60,000.

Mark was elated when he swept the board to get into the final, but unfortunately, a combination of pressure, nerves and a series of tough questions meant Mark only managed to rack up 10 correct answers.

The Sinnerman faced one setback when he answered a Disney question incorrectly, but unfortunately it wasn’t enough. 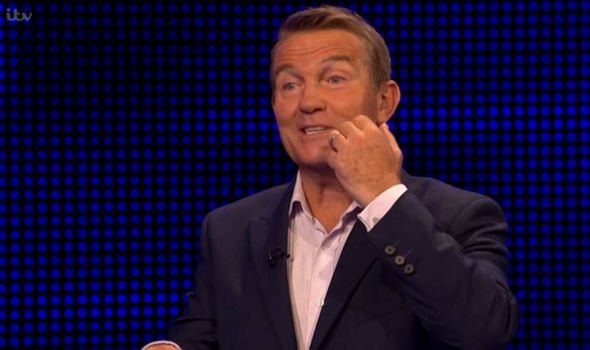 Bradley asked which movie included the character of the Ringmaster, to which Paul answered Fantasia.

Mark took the point when he revealed the correct answer was in fact elephant circus hit Dumbo.

Sadly, The Sinnerman still managed to beat his opponent with a whopping 56 seconds remaining.

Regardless of his defeat, Mark gave a valiant effort in facing the chaser alone, and was applauded for his bravery on the popular quiz show.

The Chase continues tomorrow at 5pm on ITV.