Netflix’s The Crown has seen huge success, and season four depicted the British royal family throughout the 1980s, meaning Princess Diana’s story was introduced – a highly anticipated moment for fans. The hair and makeup designer of the show, Cate Hall, has revealed Diana’s “iconic” hairstyle has been a huge help in creating an authentic character.

Speaking about the momentous task of introducing Diana to viewers, Cate told Express.co.uk and other press: “I think the process is the same for all the characters, which is that we start by trying to get a shape [of the hair].

“And if we can get a very convincing silhouette using a wig so that if you kind of squint or are facing the other direction it could be her, then I’m happy because I feel like beyond that the performance.”

When asked about Diana’s distinctive hairstyle and cut, she said: “It is [recognisable], but in a way that that’s kind of a total godsend, because it’s sort of – I don’t know, it’s just so iconic, that if you get it right, it can only be her.

“And in a way, if it was a bit more unrecognisable, then you’d be relying on so many more other tricks to try and do your job. 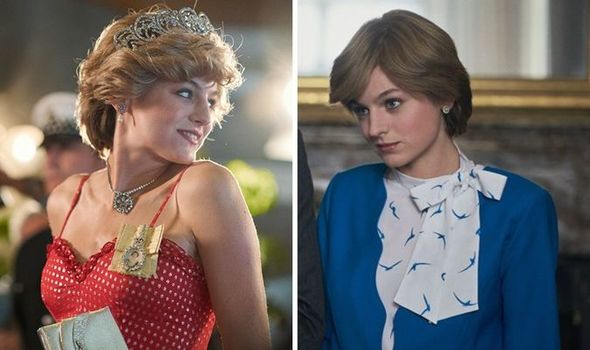 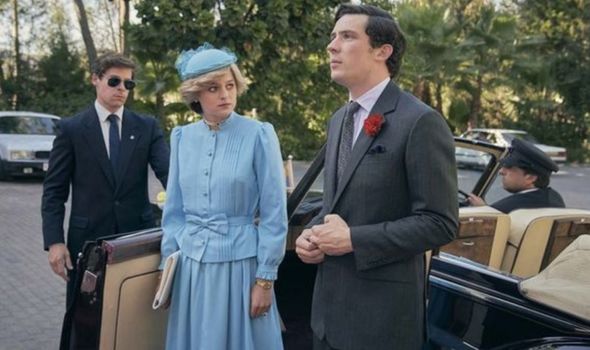 “But actually, what we’re frightened of always is putting so much artifice in between the actor and the camera that what you get is a kind of hokey parody, not very authentic performance.

“So, for us, it’s about really trying to not get in the way of the actor, letting them do their best work, but just doing enough so that everything feels real, and you’re creating the world that’s kind of reversed,” she added.

Cate added that Emma’s performance is what made Diana’s character come alive. She said: “She [Emma] absolutely embodies it. 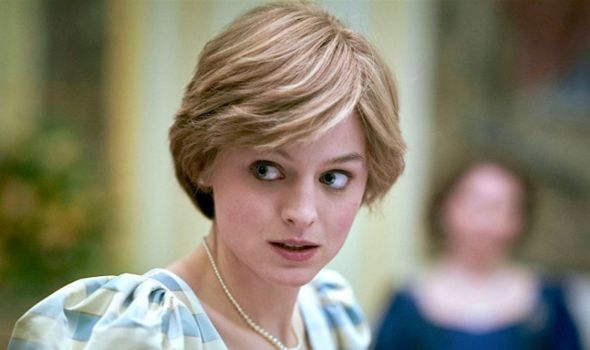 Sarah Ferguson 'loves seeing herself on The Crown' says Myers

“I mean, working with Emma, as soon as that wig went on – and the makeup I mean, the makeup looks quite minimal, but I’m sure you can tell what we meant.

“But that’s it. You can just see those big blue eyes under that heavy fringe. And it’s her.”

Speaking about Emma’s transformation into Diana, Cate continued: “She’s hilarious. She sort of came to us relatively new to the business and certainly not used to having six hour week fitting several times a week and she’s all legs, she’d be sort of in the chair kind of trying to, you know, be sprawled out and chatting.

“She was very relaxed. She was very cool about the whole thing. So that meant it was really really enjoyable. So to be honest, it was just a lovely, quite easy experience from the beginning.

“And the more the braver we got, the better it got. In makeup terms, we basically went as minimal as possible at the beginning,” she went on.

“We kept everything really soft, really creamy, really round to give her as much of that adolescent kind of vibe as we could. And then we use beauty makeup to age her through the series.”

Cate added the makeup helped underpin the narrative of the story, with the story progress obvious to viewers based on Diana’s look.

When asked about ensuring actors aren’t overwhelmed by the huge role they take on, director Benjamin Caron said: “Well, firstly, casting Diana, who is arguably one of the most famous women in the world, you know, a woman that everyone has an opinion on, and was going be essentially, really important to the season – I guess it was certainly no easy task, until we met Emma that is.

“And, very Diana-like, she walked into the room and just instantly caught everyone’s attention. And I think I knew, and we all knew, that we had this extraordinary actor who was able to really get inside the character of Diana and understood her.

“She had this strength – this incredible vulnerability – which is a really hard thing to play without being cliché,” he added.

“And I think Emma, what she did have is this genuine empathy towards her, and I think she understood her as a person. And I think that shows in her performance, which is bias design, maybe it’s nothing short of amazing.

“But at the end of that process, I remember sitting down and talking to her [Emma], just about what was going to happen to her, and her life, from that moment on in terms of just the invasion that was probably going to happen in Emma Corrin’s life, her current life and her family and everything about who she was.

“And ghastly though that is and difficult though that is, to try and think about it as useful homework in terms of what you will be able to draw on going into the filming of The Crown.

“So try and use that as a resource and just think about what that must have been like. And I think that’s made it slightly – I mean, probably not easier – but just a ladder to kind of go ‘haha, I’m using all this’ and maybe in some way that you know, I can use it for sort of playing that as she also goes through this incredible journey from nobody knowing her to the entire world knowing her.”

The Crown seasons 1-4 are available to stream on Netflix. 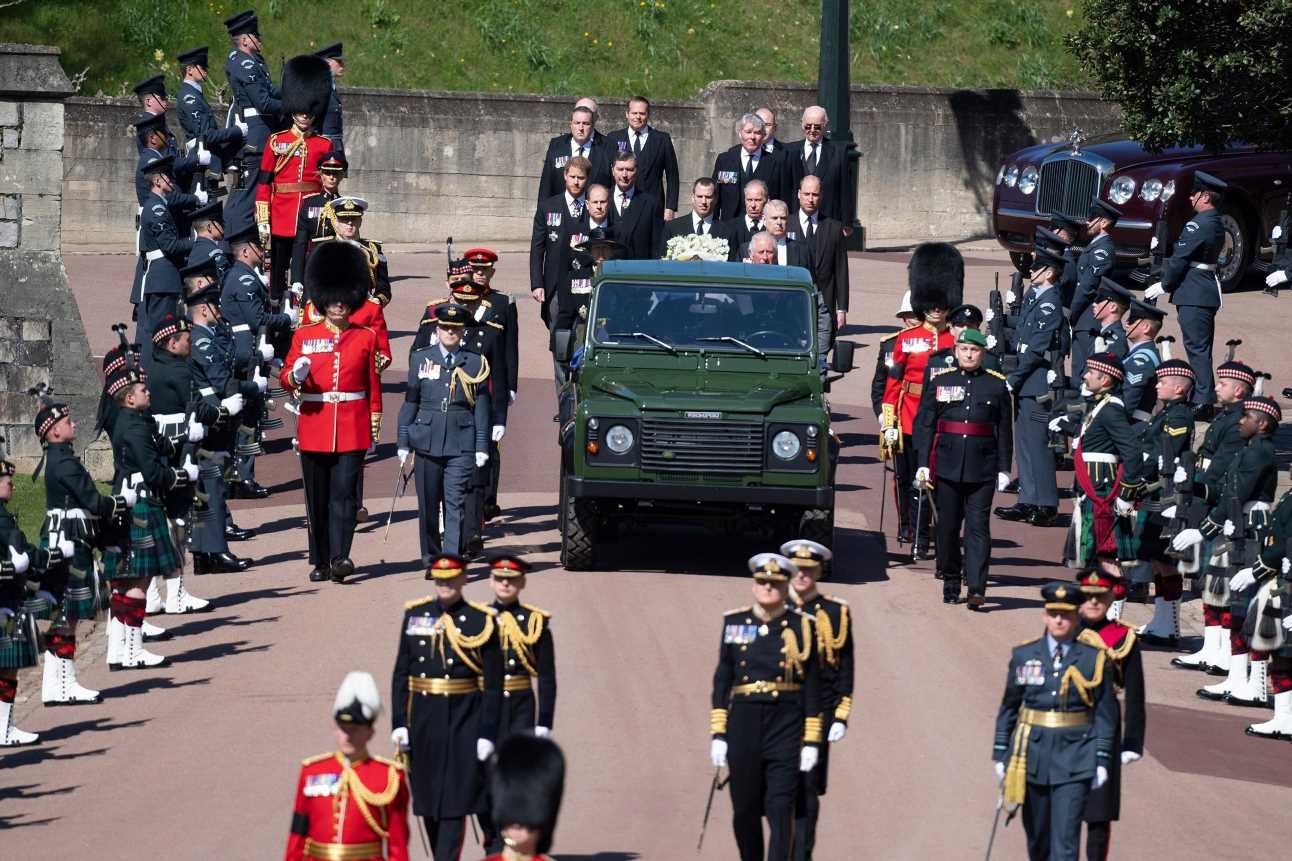 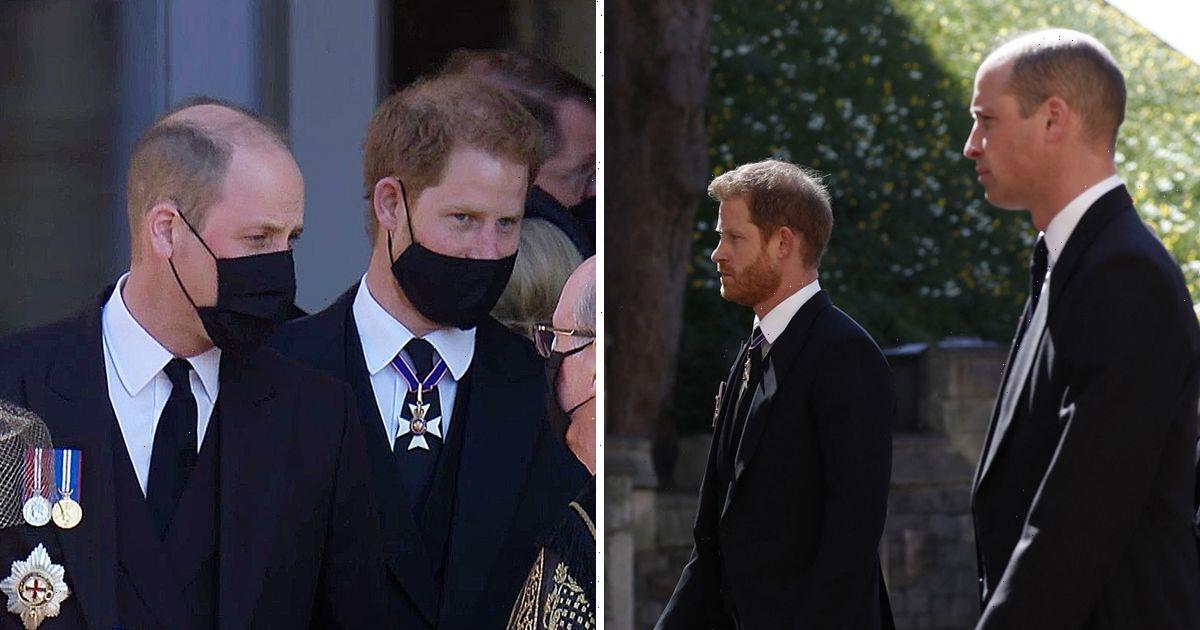 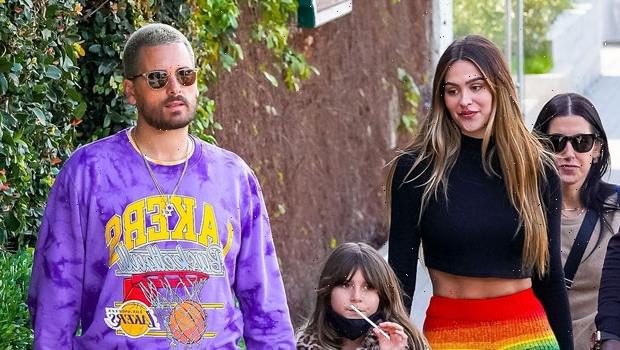 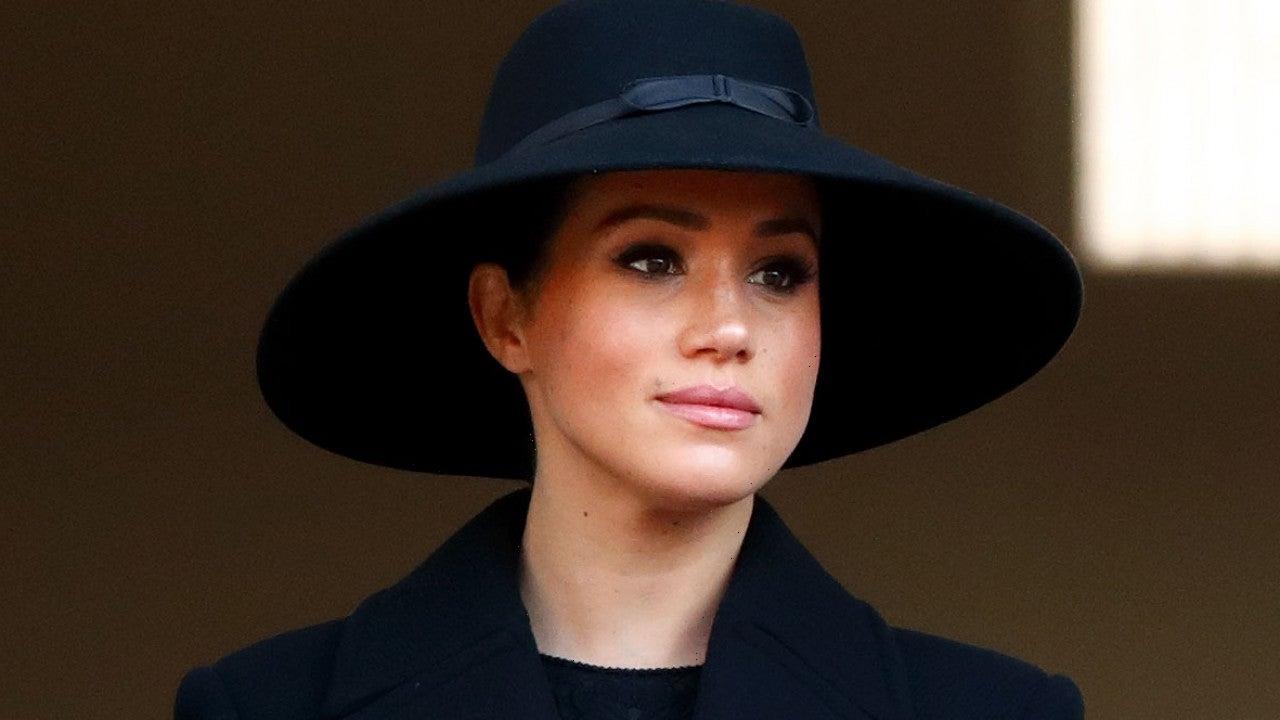