'The Godfather' Cast Mooned Each Other Between Takes

The movie The Godfather is a serious drama. It has been a classic for 50 years because of its drama. That doesn’t mean The Godfather cast always took the movie seriously. On the occasion of the film’s 50th anniversary, someone who was on the set reveals the shenanigans cast members got up to.

Paramount Home Entertainment released The Godfather trilogy on 4K UHD for its 50th anniversary. One of the new bonus features is an interview with set photographer Steve Schapiro. 50 years later, Schapiro tells all about The Godfather cast.

Schapiro was on set capturing iconic images from the film like the whisper into Don Corleone (Marlon Brando)’s ear and Connie (Talia Shire)’s wedding. He said he witnessed some raunchy antics behind the scenes. 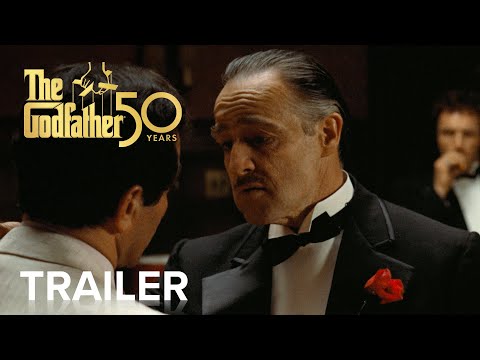 “This is a movie which has violence,” Schapiro said. “It has things of that sort. And yet, after every take, the cast was just happy as a lark. Relatives were there very often. The cast kept mooning each other. Ih was very, very relaxed. This is a serious movie and yet the cast in the whole filming was very relaxed.”

Marlon Brando goofed off in the makeup chair

Another lighthearted moment did not involve naked butts. Schapiro documented Brando’s transformation into Don Corleone. On the 4K UHD, Schapiro shares one shot of Brando giving him a wide eyed grin in the makeup chair.

“Marlon Brando of course was 47 years old when he played Don Corleone,” Schapiro said. “Dick Smith doing Brando’s makeup was certainly something that I asked if I could do and Brando was really nice about it. Coppola and Pacino came into the room at the same time and sat there with him. This was just a moment when Dick Smith was doing makeup and Marlon gave me a look.”

Another feature shows how they restored and remastered The Godfather films yet again. The results are apparent in the 4K UHD although the difference may be subtle compared to the 2007 restoration.

The first two films retain that sepia tint in 4K. The shadows in the backgroom discussions, nighttime drives in old timey cars, and black tuxedos can cut more distinct figures in 4K. The wedding has the air of an 8mm home movie in brightness and tint, but the detail is stil 4K.

All the cars are shiny and the period piece detail retains the old New York feel. It changes when Hagen (Robert Duvall) goes to California to meet with the movie producer. New York City is cooler, has more of a business look. California is bright and colorful. It’s fun to see 1950s era Vegas portrayed in 1972.

The Godfather Part III or the Coda version looks a bit more like a film from 1990. It is set decades after the first two but also filmed 16 years later. Though set in 1979, it looks modern day as opposed to a photographic memory of the first two.

The aesthetic remains though, with Michael Corleone (Al Pacino) emerging from shadows in shiny churches and his offices, or Vincent (Andy Garcia) fending off thugs in his dark apartment. That leap is what made the third entry more jarring. Francis Ford Coppola and cinematographer Gordon Willis adapted the aesthetics in a new era, and that’s apparent in 4K too.