Twenty-two years after being first introduced in Joel and Ethan Coen’s cult classic “The Big Lebowski,” John Turturro’s freewheeling bowler Jesus Quintana is set to return to U.S. movie theaters with the release of “The Jesus Rolls.” Directed and written by Turturro, “Jesus Rolls” serves as an unexpected spiritual sequel to “The Big Lebowski.” The movie is being released in the U.S. by ScreenMedia, which has issued the following plot synopsis: “Jesus Quintana (Turturro) pairs up with fellow misfits Petey (Bobby Cannavale) and Marie (Audrey Tautou) and embarks on a freewheeling joyride of petty crime and romance.”

While Turturro’s character connects “The Jesus Rolls” to “The Big Lebowski,” the actor-director-writer took more guidance from Bertrand Blier’s 1974 French comedy-drama “Going Places” while scripting “The Jesus Rolls” than he did “Lebowski.” Turturro wrote the film as a remake of “Going Places” that just so happened to feature his “Big Lebowski” character in one of the three leading roles. The project was originally titled “Going Places” before “The Jesus Rolls.” The story picks up with Jesus after he is released from prison. The character and his new friends make enemies with a gun-toting hairdresser, played by Jon Hamm. The cast also includes Christopher Walken and Susan Sarandon.

Turturro told The Independent last year that “The Jesus Rolls” is “a bit of a racy movie. It shows how stupid men are. That’s what the movie is kinda about — the women are the stronger, more together characters. I had to tweak it a little bit but now I feel really good about it. It’s basically an exploration of Jesus getting out of jail. It’s a comedy but a very human comedy.”

Neither Joel nor Ethan Coen were involved with the writing or production of “The Jesus Rolls,” but the Coen brothers did give Turturro their blessing to use the character for his own directorial project. “The Jesus Rolls” is Turturro’s first feature directorial effort since 2013’s “Fading Giglio.”

ScreenMedia will release “The Jesus Rolls” in U.S. theaters later this year. Watch the teaser trailer for the movie in the video below. The film’s first official U.S. poster has also been included below. 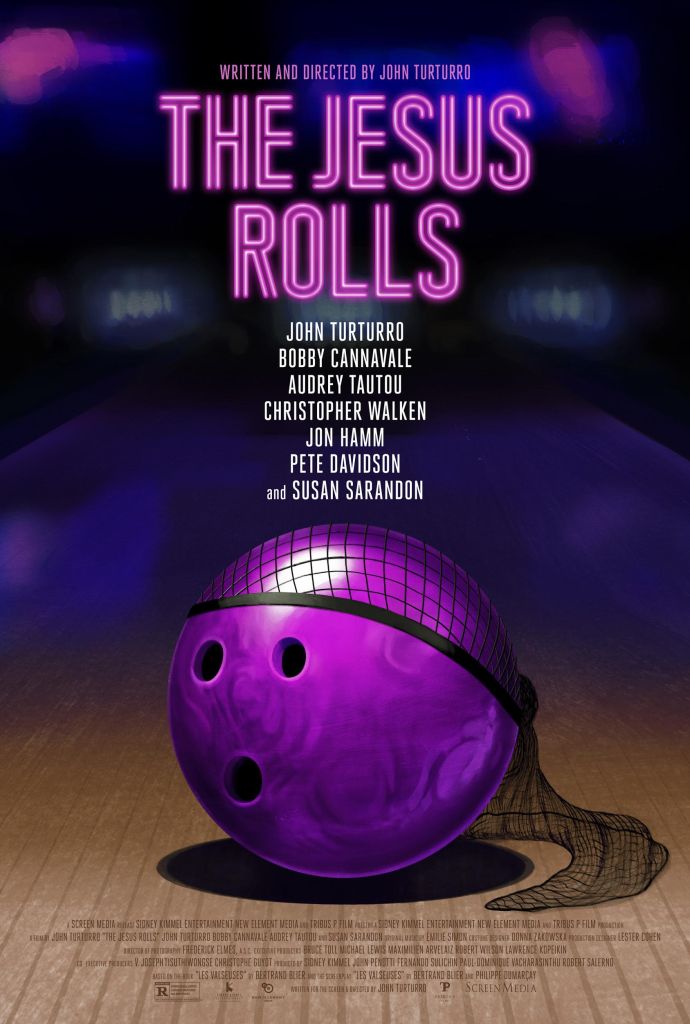