One contestant down, nine to go 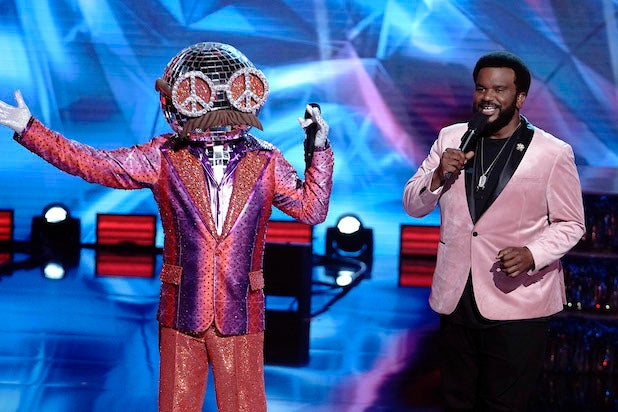 (Warning: This post contains spoilers for the series premiere of Fox’s “The Masked Dancer.”)

In its premiere episode, “Masked Dancer” host Craig Robinson introduced us to ten costumed contestants: Disco Ball, Zebra, Ice Cube, Tulip, Hammerhead, Moth, Cotton Candy, Exotic Bird, Cricket and Sloth. Just like on “Singer,” those competitors are celebrities in deep disguise. But unlike “Singer,” their dance moves, not their singing voices, will be your guide to deciphering their identities throughout the show’s first season.

Sunday’s hour saw the first group of five — Tulip, Hammerhead, Exotic Bird, Cricket and Disco Ball — shake it all out, while Zebra, Ice Cube, Moth, Cotton Candy and Exotic Bird will be up in Episode 2.

After tonight’s competitors performed their chosen dances to different tracks, it was time for panelists Ken Jeong (a “Masked Singer” judge pulling double duty on “Dancer”), Paula Abdul, Brian Austin Green (a former “Singer” contestant himself) and Ashley Tisdale to vote for their favorites.

The contestant who came out on the bottom was the Disco Ball, who did a dance to Bruno Mars’ “Uptown Funk.” He was unmasked and revealed to be rapper and actor Ice-T. The judges’ guesses for him were LL Cool J, Smokey Robinson, Ving Rhames and Lionel Richie.

While the “Law & Order: SVU” star is the first “Masked Dancer” to be unmasked, there are still nine more contestants to go in Season 1. And whoever is left standing is taking home “The Masked Dancer’s” grand prize, which is an upgrade from “The Masked Singer’s” Golden Mask Trophy.

“The trophy is the Diamond Mask Trophy. It’s a giant, diamond-encrusted trophy. It’s so sparkly and beautiful,” “The Masked Dancer” and “The Masked Singer” executive producer Craig Plestis told TheWrap last week. “It just might be the heaviest trophy we’ve ever made for the series. When we got it delivered we went, ‘Oh my gosh, can anyone lift it?’ But it’s going to look great on someone’s mantel.”

“The Masked Dancer” moves to its regular time slot Wednesday, Jan. 6 at 8/7c on Fox.