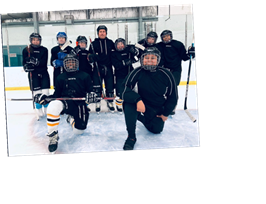 Everyone loves an underduck, and now that ragtag franchise from the 1990s is back for a new generation. Disney+ said today that its hockey-themed follow-up series The Mighty Ducks: Game Changers will premiere March 26 on the streamer. Check out a teaser trailer above.

The setting is present-day Minnesota, and the Mighty Ducks have evolved from scrappy underdogs to an ultra-competitive, powerhouse youth hockey team. After 12-year-old Evan Morrow (Noon) is unceremoniously cut from the Ducks, he and his mom, Alex (Graham), set out to build their own team of misfits to challenge the cutthroat, win-at-all-costs culture of today’s youth sports. With the help of Coach Bombay, they rediscover the joys of playing just for love of the game.

The original movie, of course, spawned not only two sequels but an NHL team, which was christened the Mighty Ducks of Anaheim in 1993 and now is known as the Anaheim Ducks.

Steve Brill, creator, writer and executive producer of all Mighty Ducks films, co-created and executive produces the new series, along with showrunners Josh Goldsmith and Cathy Yuspa. Michael Spiller directs and also executive produces, with James Griffiths serving as director/EP on the pilot. Estevez is an EP on Game Changers, and Graham is co-EP. George Heller and Brad Petrigala of Brillstein Entertainment Partners and Jon Avnet and Jordan Kerner also serve as non-writing executive producers.