The new Seachange references the past and looks to the future

When the ABC comedy-drama SeaChange ended after three seasons in 2000, the nation went into mourning. “No more Pearl Bay?” wailed viewers, newspaper letter-writers and assorted columnists. The coastal hamlet, with its slightly eccentric community, had charmed the country.

SeaChange was a series that radiated warmth and whimsy. Its pretty hometown was a welcoming and inclusive place, a distinctive coastal enclave created from selected bits of Victoria’s Bellarine Peninsula and populated by a range of idiosyncratic characters who grew into something akin to cherished screen friends. 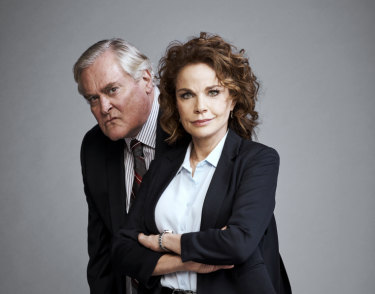 John Howard and Sigrid Thornton return to their original roles in the Seachange reboot.Credit:Nine Entertainment

That was the thing about this special show: many of its characters were appealing, surprising and disarming. Events played out in unexpected ways and the town and the series built around it had heart. The show could slide from comedy to heartbreak in a well-calibrated moment. Episodes frequently ended with a contemplative chat between Kevin (Kevin Harrington) and his young son, Trev (Christopher Lyons), and it was hard to imagine any other show that could close its chapters so satisfyingly and so perfectly.

Perhaps the series created by Andrew Knight and Deb Cox tapped into a yearning for a simpler, kinder way of life, for a place by the water, for a town where, as in the Cheers bar, everybody knows your name. Whatever the precise reasons for the broad popular appeal – well-drawn and cast characters, a tone beautifully balanced between comedy and drama, a dreamy setting – there was simply nothing like SeaChange.

Given the pride of place it holds on the local TV scene and the fact that it bowed out with its audience wanting more, it was both an obvious choice for revival and a risk. For it could be hard to update and match those distinctive qualities and the impact of the original. On the other hand, it seemed to have ended too soon, when there might still have been some juice left, and there’s now a generation of viewers that might never have seen it or have any expectations of it. 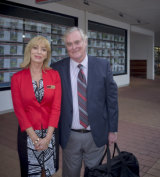 Kerry Armstrong and John Howard as Heather and Bob Jelly in Seachange.Credit:Nine Entertainment

This is a time when there’s a huge appetite for content. All sorts of providers are jockeying for distinctive programs in order to make an impact and eager eyes are being cast in the direction of once-popular shows ripe for revival. In that context, it’s easy to understand Nine’s decision to try a new version of the show.

The early signs, both for the show and viewer response to it, are promising. Off the back of the strong lead-in from The Block, the first episode drew more than a million viewers nationally, and Nine was quick to applaud it as “the No. 1 drama of 2019”.

Hearing the theme song, written by Richard Pleasance and sung by him and Wendy Morrison, also felt like welcoming back an old friend. The relocation from the Bellarine to Brunswick Heads in northern NSW was accomplished with a minimum of fuss: Pearl Bay still looks like an idyllic waterside haven. Similarly, the blending of familiar faces and new additions is seamless: there’s a dishevelled, crafty Bob with a new scheme under way and Kevin amiably ambling around.

Laura, rejected as a volunteer in Africa, returned to find her firstborn all grown up, resentful and pregnant. The casting of Brooke Satchwell as Miranda is perfect: Thornton and Satchwell are totally believable as mother and daughter, even if Miranda’s fantastically quick and clean delivery of baby Joe – possibly so as not to offend any delicate sensibilities – was less convincing. Laura is now a twice-divorced mother of three – although we’ve yet to meet her youngest – and, as of the opener, she’s also a grandmother.

New romantic interests have appeared. For Miranda, there’s marine biologist Findlay Knox (Darren McMullen), who emerged from the water like a Bond girl, although this object of desire has a six-pack and an irresistible accent. For Laura, there’s artist and slightly reluctant pub owner Ben Russo (Dan Wyllie), who we learn is in the process of exiting a troubled marriage. 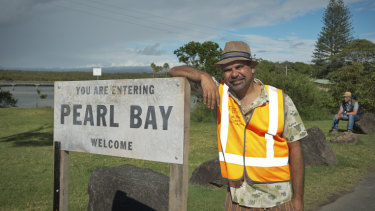 The town still has an earnest young policewoman (Kate Lister), although she’s now paired with a canny superior in Anna Kazan (the reliably excellent Katrina Milosevic), who manages to be both cluey and relaxed. Also introduced is local radio announcer Riley Bolt (actor and episode director Wayne Blair), who memorably opens the new season with the upbeat intro, “Pearl Bay, gateway to free parking, pork pies and pelicans”.

By the time the opener winds up, it’s demonstrated that it hasn’t sullied the good name of a classic. And there’s even time for an ending that references the past while looking to the future as Kevin sits on the riverbank with Zac (Alex Tarrant). The court clerk is proposing a new music show on the local radio station, world music, or maybe youth music, “something that people will remember us for in 20 years time”. Mark & Patricia McCloskey grabbed their guns because they were ‘afraid’, okay?
We and our partners use cookies on this site to improve our service, perform analytics, personalize advertising, measure advertising performance, and remember website preferences.Ok