‘The Reagans’ Review: Presidential Showtime Doc Series Works Best as a Window Into the Future

“The Reagans” is an unavoidable mirror. Matt Tyrnauer’s four-part series profiles a couple that held sway over a state and then a party and then the world, but the timeline very purposefully stops with their White House exit in 1989.

Even still, it’s nearly impossible to see the stances, coalitions, and maneuvers that helped Ronald Reagan ascend to the presidency as a precursor to what the United States has experienced over the last four years. The central question becomes: Does “The Reagans” feel so familiar because it’s being pitched to an audience living through 2020? Or are the echoes so unavoidable that any examination of the 1980s and what led to them can’t help but remind us of the headlines of the more recent past?

In practice, it’s a bit of both. Start looking for parallels to the now-outgoing administration and you’ll see them everywhere: disgruntled former employees writing tell-all memoirs, inflammatory rhetoric in response to those advocating for racial justice, willful ignorance of a growing public health crisis, a tax policy prioritizing corporate interests, even the use of a certain four-word political slogan.

Evoking these connections doesn’t take much. Tyrnauer constructs “The Reagans” in four episodes, following rough chronological order but each built around a thematic evolution in the central pair’s relationship. The origins of Ronald and Nancy’s marriage give way to an outlining of their shifting political consciousness. By the time “The Reagans” gets to their White House tenure, the series has effectively made the case that Ronald Reagan was something of an alchemist for American conservative thought, being wholly shaped by his movement’s predecessors and then becoming a decades-long standard-bearer. 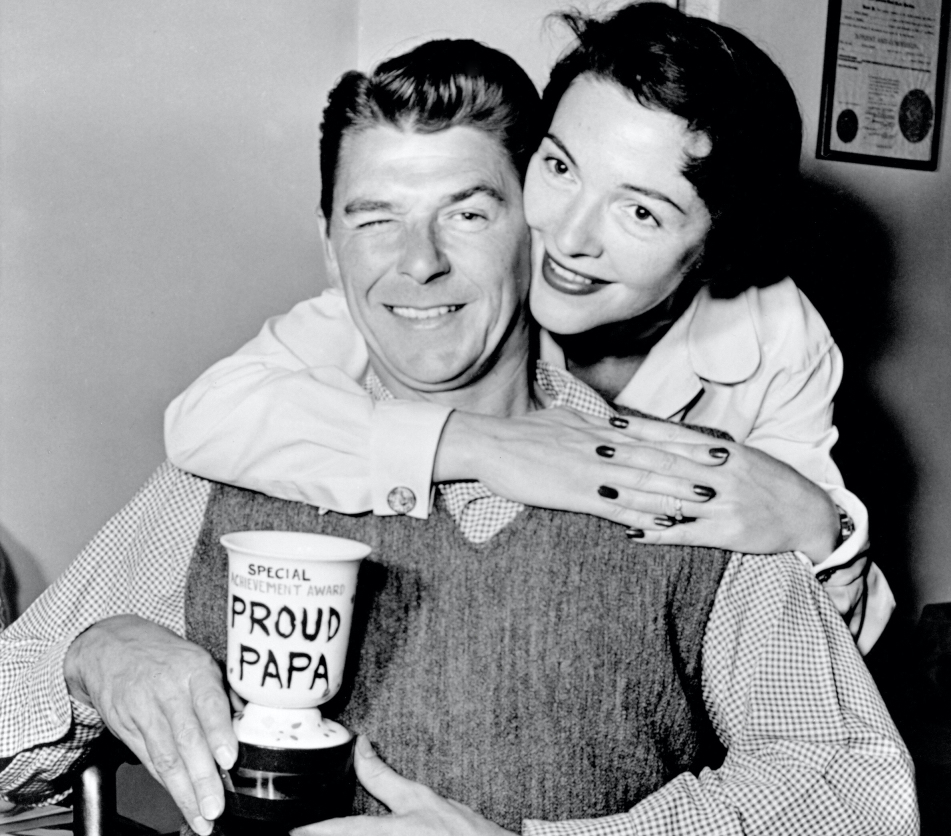 Where “The Reagans” is at its most distinctive is in detailing how much of a 2020 perception of Reagan’s rise and time in power is shaped by a greater metanarrative that took hold in real time. “The Reagans” returns to the moments, whether by conscious decision or by accident, when the administration’s lasting legacy was shaped by how it presented itself: the debate zingers that overshadowed foreign policy missteps, the televised addresses with turns of phrases that cemented public opinion, the ranch visits that projected a certain kind of connection with the country itself. (Sometimes, these observations are punctuated by clips from Reagan’s film acting days, a stylistic choice that alternates between interesting and cheeky.)

Even with those insights and the occasional surprising fragment of downtime archival tape, “The Reagans” is largely conventional in its structure. So while the series is compact and has a clear set of theses on the efficacy of his policies and the lasting effects of key rhetorical choices, there is a matching metanarrative in its very existence. In laying out the counterarguments against Reaganomics or condemning certain Southern Strategy tactics, there are plenty of interview subjects who deliver that criticism either from decades of retroactive study or their roles as vocal opponents as these events were unfolding. There are also a number of former advisers and speechwriters who, while not completely serving as apologists, do make stronger defenses of particular choices along the way. (Ron Reagan, Jr., the only Reagan child to take part, ends up as an occasional invested-party bridge between these two groups.)

There are points during “The Reagans” that serve as obligatory acknowledgments of some of the former president’s most pivotal political moments, from his speech campaigning for Senator Barry Goldwater all the way through his famous exhortation standing in front of the Brandenburg Gate. Many of these sections feel like nods to greatest-hits expectations, moments whose absence would make the surrounding work feel incomplete. Tyrnauer does his best to include people with direct knowledge of the behind-the-scenes atmosphere of those moments. Despite the fact that many of these participants have each written tomes of their own outlining time spent in the Oval Office and its orbit, their inclusion lends an air of objective credibility to the project. 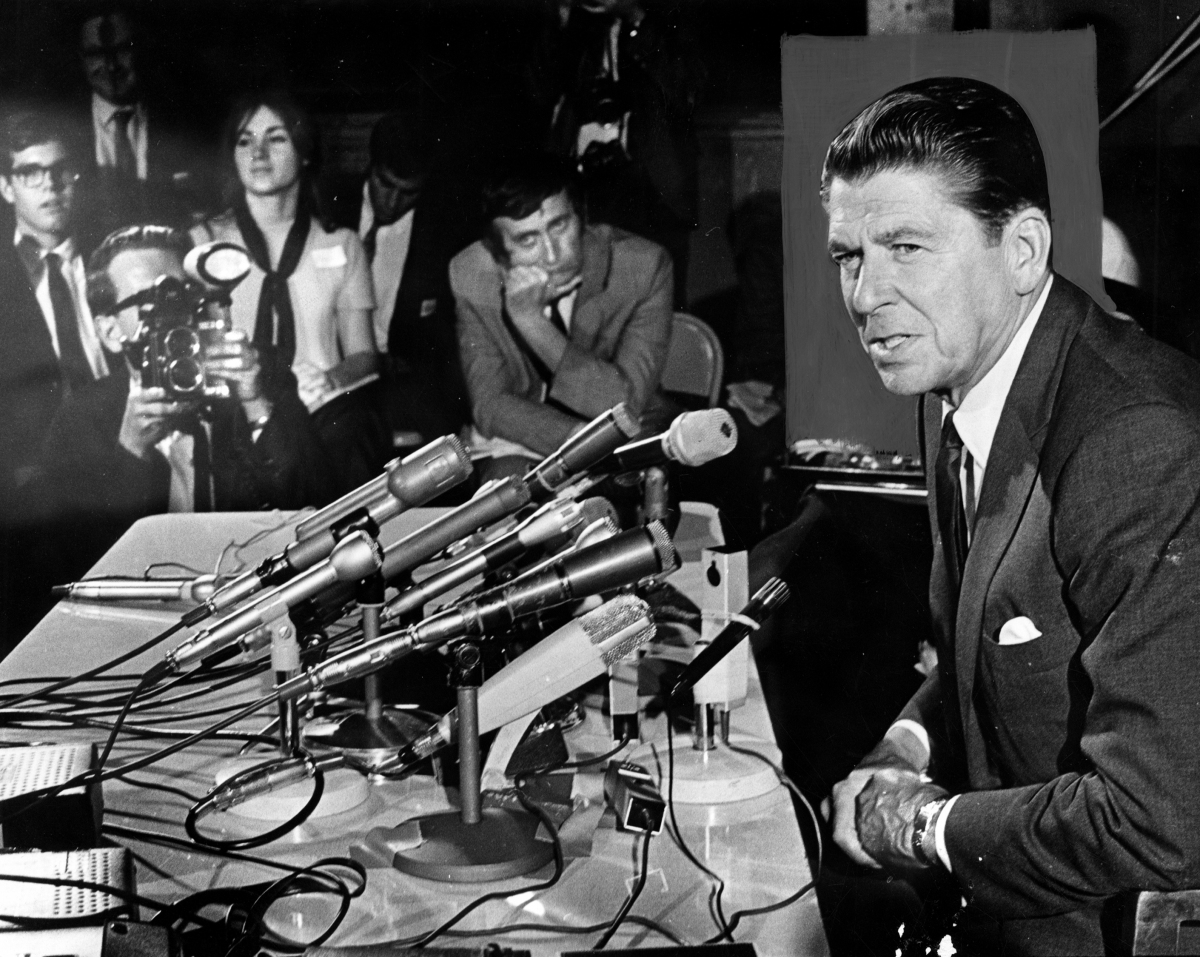 In that, though, “The Reagans” itself becomes another exercise in who gets to tell a President’s story. Baked into the premise of the series is a kind of Rorschach test of public trust, an implicit argument that George Shultz and James Baker were the Mike Pompeo and Mark Meadows of their day in title only, rather than conduct. But if someone doesn’t buy that distinction, is it possible to reach any clear understanding of the person behind the presidential facade if most of the people who cracked that inner circle are put in a de facto position of defending their and his shared decisions? (To draw a connection between this and “The Last Dance,” Grover Norquist becomes the Justin Timberlake of “The Reagans.” On some level, it makes sense that he’s involved, but there’s never a moment that fully justifies why he made the final cut.)

That’s what makes Nancy Reagan’s part in this series ultimately more mystifying than illuminating. She and her husband remain these unknowable figures, even with hours of historical context to try to unpack them. “The Reagans” posits Ronald and Nancy as products of Hollywood at their core, determined to project a familial air even if it didn’t always match reality. The simmering idea that Nancy was the guiding hand behind their ascent pops up repeatedly but never gets more than a passing consideration. Like much of the more personal elements of “The Reagans,” they’re whispers that sometimes coalesce but are left up to the audience to ascribe their own level of validity to.

“The Reagans” still manages to be a compelling overview. Chronicling two people who spent decades presenting themselves as the embodiment of American values, this series spends four hours unpacking how much that was true. On the precipice of a change in the current White House occupant, it leaves any viewer questioning how much a president can truly represent a country, and whether that’s the kind of prism through which future generations may end up viewing our present.

“The Reagans” airs Sunday nights at 8 p.m. on Showtime.