The Real Reason That Whoopi Goldberg Uses A Walker

While you may know quite a bit about Whoopi Goldberg thanks to the fact that she’s super famous, there are also a few things that you likely don’t know about this particular celebrity. While she’s definitely achieved an impressive (and lucrative) level of success, she’s also dealt with her fair share of obstacles, tragedy, and even health issues.

For instance, after being absent from her gig on “The View” in June, she returned and informed those who were watching that she had been having some problems that were physical in nature. “There I was, trying to move my leg,” she said, adding that the seemingly simple task was “impossible to do.” She added, “It was really horrible. But I’m glad to be here.”

While Goldberg was apparently happy to be back at work, she was using a walker, which was obviously related to whatever was happening with her leg. So, what happened that led to the star using a walker and how did she really feel about it? Read on to find out.

Whoopi Goldberg opened up about sciatica 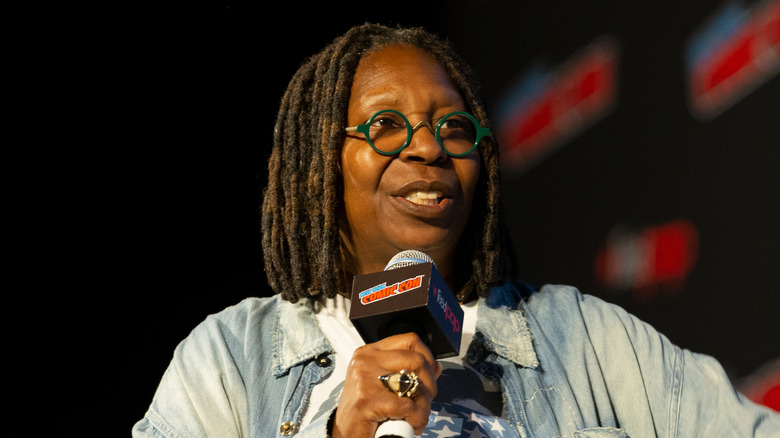 When Whoopi Goldberg returned to “The View” and revealed to fans that she was using a walker because of an issue with her leg, she also broke down what was at the root of the physical problem. “I was out because I was dealing with something called sciatica,” she said. What is sciatica? Well, Goldberg explained that it “is basically a bulging disc in your back and it impacts the sciatic nerve, which sends pain down your leg.”

According to Healthline, the sciatic nerve does, indeed, start in your back — more specifically, your spinal cord — before traveling down your hips, bum, and legs. When this super-long nerve is aggravated, it causes issues like the ones that Goldberg experienced. The Mayo Clinic notes that it can be caused by a herniated disk, bone spur, or when the spine narrows, which pinches the nerve, and can result in inflammation, pain, and numbness. It can be treated without surgery, although that is an option in some cases.

And Goldberg is certainly not alone when it comes to dealing with sciatica. Healthline notes that although sciatica can be something that older people tend to be diagnosed with, up to 40% of people will find themselves facing sciatica. They might also need help from a walker, which is something that Goldberg admitted made her feel a couple of different ways.

Whoopi Goldberg had a change of heart about her walker 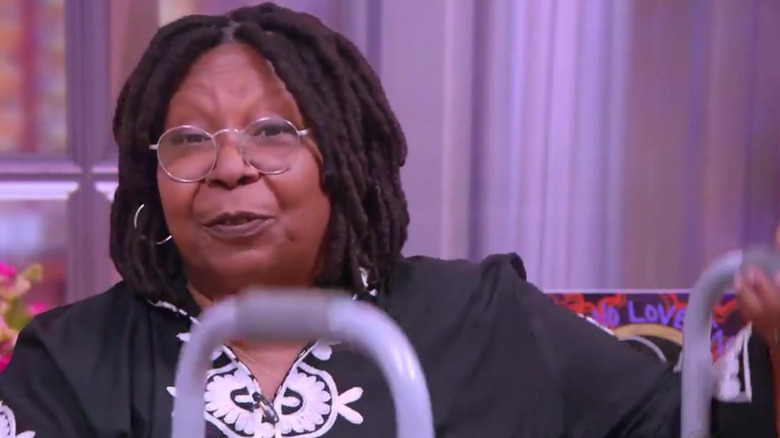 When it comes to dealing with sciatica, Whoopi Goldberg offered a comparison that you might (unfortunately) relate to, saying, “I’m telling you, it’s like a bad boyfriend … a bad boyfriend who came back to mess with me.” Oof, that’s definitely not fun.

As for using a walker, Goldberg admitted that she had experienced a range of emotions while adjusting to the mobility aid. “I have a walker, which kind of freaked me out,” she admitted. However, she explained that it didn’t take long at all for her feelings about the walker to change. “I didn’t know that I needed it. And you know what? That first step with the walker, this is my new best friend. I’m just gliding along.”

When “The View” co-host Joy Behar — who noted that she had also dealt with sciatica in the past — mentioned that Goldberg was looking well and rested, Goldberg pointed out that while she’s now at home, she had been forced to take it easy when the issue first hit. “Well, what can you do, I’m laying in a hospital room,” she said. “I’ve turned into this little old Black lady. It’s really strange.” What Goldberg has been through may feel strange, but at least she’s feeling better.