The Rookie: Fan-favourite exit ‘sealed’ after stabbing teases retirement Cant do this

ABC’s hit crime drama The Rookie, returned for another action-packed episode which was titled ‘Hit List’. After the nail-biting episode saw Sergeant Wade Grey (played by Richard T Jones) survive a shooting, it also hinted at his potential exit from the precinct.

This episode was highly anticipated after its promo video which aired after last week’s instalment left tons of fans concerned about Gey’s well-being.

A high profile case had already seen the deaths of two witnesses and Grey, who was the third witness, left to go testify.

When he arrived at the underground garage, Grey noticed he was being followed by a woman and eventually tried to stop her.

However, things took a turn for the worse when she stabbed him and in order to stop the woman from getting away, he shot her.

Thankfully for fans, Wade survived his injury however mentally, he wasn’t doing well.

As a result of the attack, the woman had died and at the hospital, Grey told John Nolan (Nathan Fillion) how terrible he felt about the whole ordeal.

Although Nolan tried to reassure Grey and share he would’ve done the same thing, the Sergeant was re-thinking his career.

Fans spotted this and took to Twitter to share their dismay about Grey potentially leaving the team because of the shooting.

@MidwestAdevntures wrote: “Grey is gonna say can’t do this anymore and then retire.”

@RyanBartholomee stated: “I love Sergeant Grey so much. He can’t retire!”

While Grey was recovering he received a visit from Tim Bradford (Eric Winter) with an update and the reassurance he would look after everything at work.

Nolan made another visit and brought the injured officer some food.

This wasn’t the first time the sergeant had considered retiring from his role, it first became a topic in season two when his daughter had been accepted into Cornell for college.

Grey had debated whether or not he should move to New York to be close to his family but eventually decided against it.

He had also revealed, his wife had been begging him to retire.

The last time it was brought up was in season three and had since been swept under the rug.

With the injury and trauma which could develop from the stabbing, Grey could finally decide to step away from his role.

The Rookie season 4 continues Sundays on ABC in the USA and Thursdays on Sky Witness in the UK. 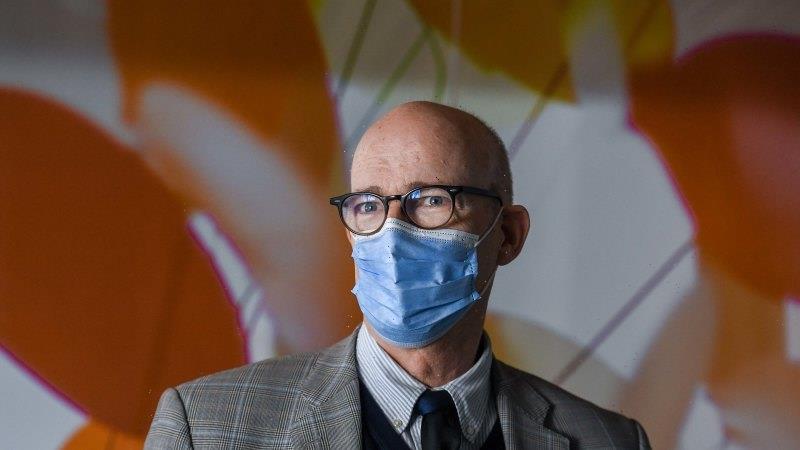