The Amazon Studios release is based on the memoir by J.R. Moehringer 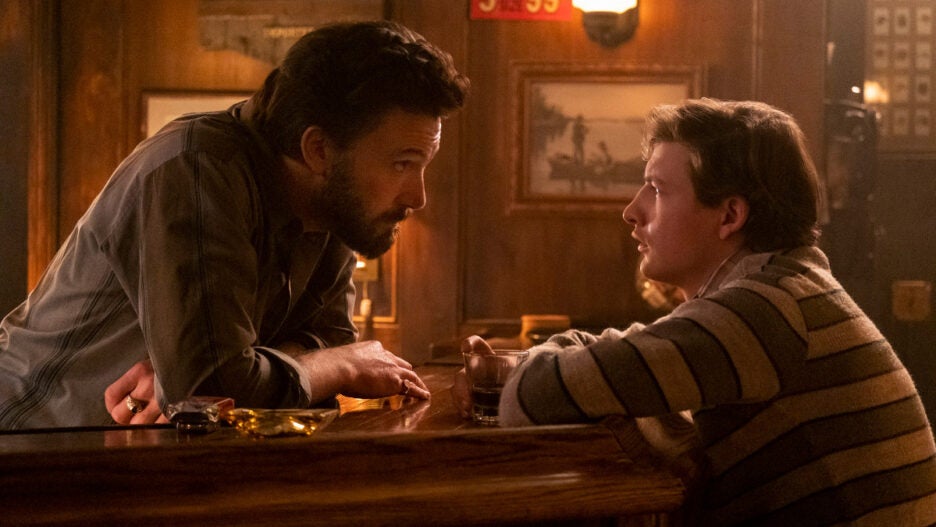 Amazon Studios has released the first trailer for “The Tender Bar,” a touching coming-of-age dramedy from director George Clooney.

Based on the memoir of the same name by J.R. Moehringer, the story is told through the eyes of a fatherless boy named J.R. (Tye Sheridan) as he grows up “in the glow of a bar” where his Uncle Charlie (played by Ben Affleck) just so happens to be the bartender. The film charts J.R.’s journey from child to young adult in the wake of his father’s absence, all while the people in his life – his determined mother (Lily Rabe), his supporting grandfather (Christopher Lloyd) and his charming uncle – try to show him the way forward.

Oscar-winning “The Departed” screenwriter William Monahan penned the script, and the film marks Clooney’s second directorial effort in two years after his 2020 sci-fi film “The Midnight Sky” for Netflix.

“The Tender Bar” is being given a limited theatrical release starting Dec. 17 ahead of its debut on Amazon Prime Video on Jan. 7. But Affleck will first be seen opposite Matt Damon in Ridley Scott’s “The Last Duel,” which opens in theaters on Oct. 15. Affleck and Damon co-wrote the script for the medieval drama alongside Nicole Holofcener.