HBO and Sky series The Third Day will be premiering on both sides of the Atlantic this week. The limited series features a stellar cast as it tells a trio of haunting tales. Express.co.uk looks at the settings for the fresh new drama.

Where is The Third Day set?

The Third Day is an anthology series consisting of three different stories which are set at different times of the year.

The first one takes place on a mysterious island in summer and follows a man called Sam (played by Jude Law) who arrives there.

There is a small road connecting the island to the mainland but when he attempts to leave, Sam finds the path to the salvation has disappeared and he’s trapped.

This first story will be split into three episodes and will also feature Chernobyl’s Emily Watson and Paddy Considine. 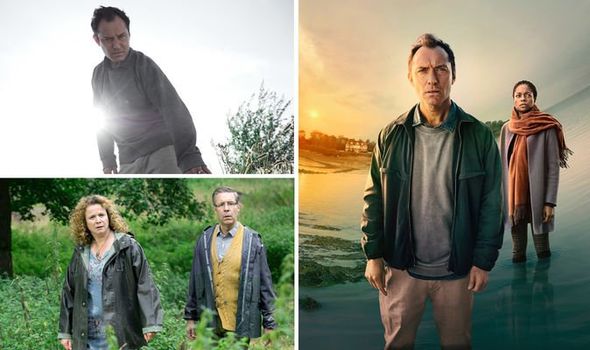 The second story takes place in autumn and will take place over one episode, promising to be something of an experience.

This will be a live event which takes place in London and will feature the main cast of The Third Day, including Law.

In the final story, the action will take place in winter and again consist of three episodes.

This time the story will follow Helen (Naomie Harris), who visits the island and finds herself locked in a battle of wills with the local residents.

Where is The Third Day filmed?

Among the locations to have been used in Kent was the historic Hever Castle.

According to Hever Castle’s website, filming on the show took place between July and December 2019.

Some of the other locations said to be used the Ferry House Inn & Harty Ferry, Bedgebury National Pinetum Forest, Chiddingstone and Shellness Beach and Huts.

Essex Live reported Osea Island was another location used by the crew and is off the coast of Heybridge Basin.

Much like in the show, the island is only accessible during low tide with the water cutting it off.