“I have a very hard time debating this issue with people who don’t understand it and don’t have experience with it,” says the co-host 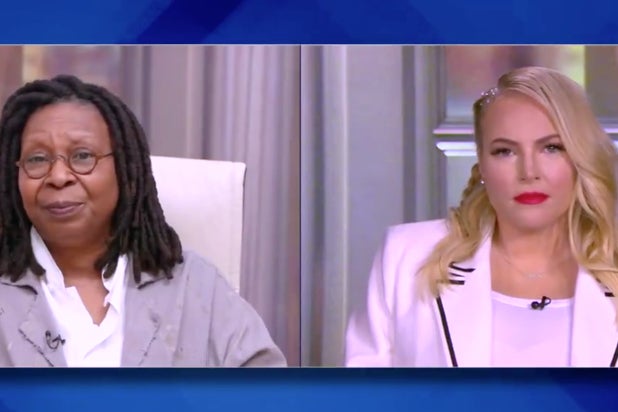 As “The View” co-hosts discussed the aftermath of Monday’s mass shooting in Colorado, Meghan McCain stood her ground on gun control. “I’m a very proud gun owner, I’m a gun rights activist, I’m an NRA member, I think my stance on the second amendment has been very clear,” she said on Tuesday’s show.

The co-host did say that “I want to be as respectful and tempered in moments like this because it is horrific and I believe the mental health crisis in this country is also a factor in this,” though she also added “it’s certainly not all of it.” But she definitely didn’t shy away from her true feelings on gun ownership and how she feels about the ongoing argument.

“I have a very hard time debating this issue with people who don’t understand it and don’t have experience with it,” said McCain. “I’ve been shooting guns since I can walk. And part of the problem is when you have people like Beta O’Rourke and less politicians who are like, ‘hell yeah, we’re going to take your guns’, everybody gets tribal and we stop having conversations.”

Acknowledging that she is a “responsible gun owner” along with co-host Whoopi Goldberg, McCain admitted that “my biggest problem with having conversations like this is a lot of times I’m talking to people who do not come from places where owning a gun is normal, where protecting yourself is normal.” She went on to reference friends who live in “deep rural parts of Arizona” who don’t have access to law enforcement the way other parts of the country do and own guns for their own self-protection. “It is a fundamental fracture in the country depending on your perspective on this,” said McCain.

Goldberg weighed in on McCain’s comments with her own opinions, stating “I know many people who own handguns who are responsible. It becomes an issue for me when people start fundraising right after this shooting happened…there is something missing in the nation amongst all of us people and that is tact. The time to know when to put out a letter like that. When to remember real people got killed, real people got hurt here.”