“It’s a long time for him to have not stepped down,” the co-host says 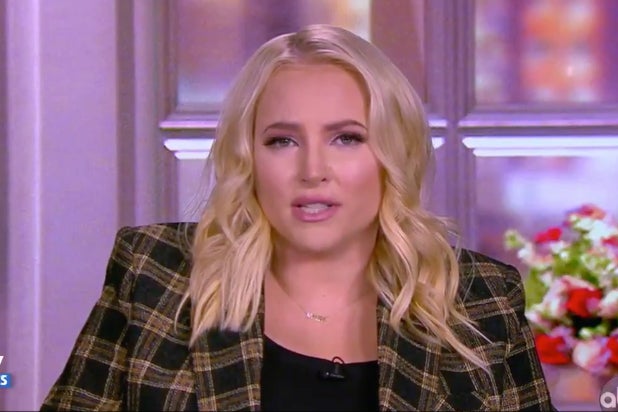 On Monday’s episode of “The View,” Meghan McCain pointed out that not pushing New York Gov. Andrew Cuomo to resign after being called out for multiple sexual abuse scandals is a ‘”very murky, nebulous, ugly, hypocritical message for Democrats to be putting out.”

“I just want someone to show a flash image of the images of people talking about Brett Kavanaugh and the images of people talking about Andrew Cuomo. It’s a very weird message to go from ‘Believe all women, one accusation is enough, to be put in jail and lose your job,’ to ‘Oh, if his politics are in the right way, you can grope whoever you want because gun control is more important,’” McCain said. “I think that if you’re going to hold him not accountable, then it doesn’t matter, that he should stay in office because he’s a Democrat and democratic policies are more important than sexually assaulting women, that’s a very dangerous road for Democrats to go down.”

McCain, who has been outspoken about her feelings regarding Cuomo on more than one occasion, referenced his publicized cover-up in nursing home deaths in the early days of COVID-19 in her response.

“I thought that scandal should’ve put him out, and it makes me sick that there’s difference of opinion and difference of feeling on the value of life in this country,” McCain said. “And apparently if you’re over 75 or have developmental issues, it doesn’t matter if you were killed by Governor Cuomo. What matters is that he maybe sexually assaulted some people. And I just think that they’re all bad and it’s a long time for him to have not stepped down.”

Co-host Sunny Hostin didn’t necessarily agree with McCain but did make a strong point that there has been a more significant focus on Cuomo as opposed Republican politicians who have been making headlines.