The long-running Walking Dead comic is nearing its 200th issue, and the series’ status quo may be changing in a profound way in the months to come.

Warning: this article contains spoilers for The Walking Dead #191! 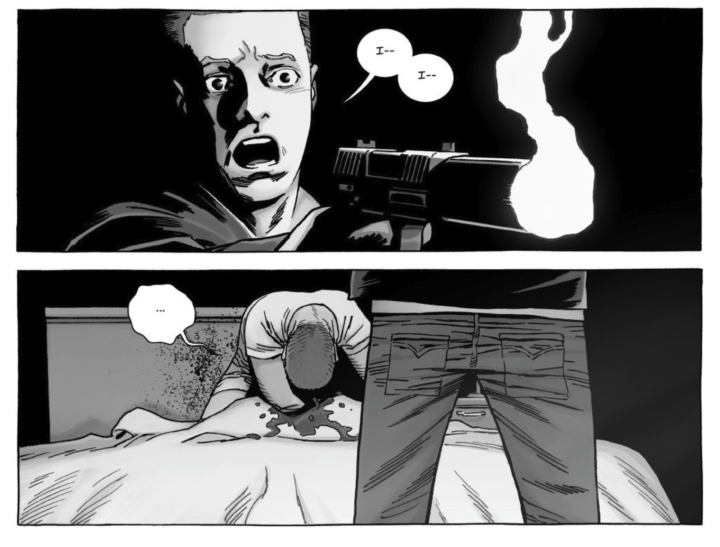 Rick isn’t dead yet, but the outlook isn’t good. After years of surviving the undead, the loss of his hand and battles with bloodthirsty villains like Began and Alpha, has Rick’s luck finally run out?

This issue draws an interesting parallel to AMC’s Walking Dead TV series. That series was the first to introduce a Rick Grimes-less status quo. The show eliminated Rick during its ninth season, though fans quickly learned Andrew Lincoln’s Rick will return in a series of TV movies. Has the time come for the comic to finally retire its leading man and forge a new path without Rick Grimes?

Let us know if you want to see a Rick-less Walking Dead comic in the comments below.