The Walking Dead season 10 spoilers: Negan to lose out on huge comic book moment to Carol?

The Walking Dead has always followed the comic book source materials as a type of guide for where the plot should go next. While AMC’s rendition of the story is very different in many ways, it does hit upon similar story beats. Alpha’s (played by Samantha Morton) story is no different.

Alpha was introduced alongside the Whisperers last season, and fans have been excitedly watching her progression throughout the episodes.

So far, her story has mimicked that of the comic book’s version of Alpha’s.

This has lead viewers to presume when her story comes to an end, she will eventually be killed off in the same way.

In the comic books Negan (Jeffrey Dean Morgan) became enraged when he found out the Whisperers allowed rape in their group.

READ MORE: The Walking Dead season 10: Will the Dante and Siddiq romance happen? 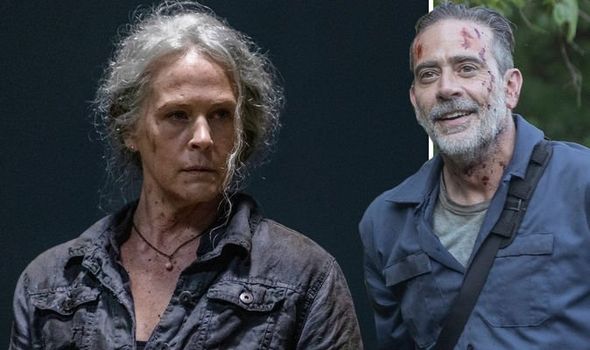 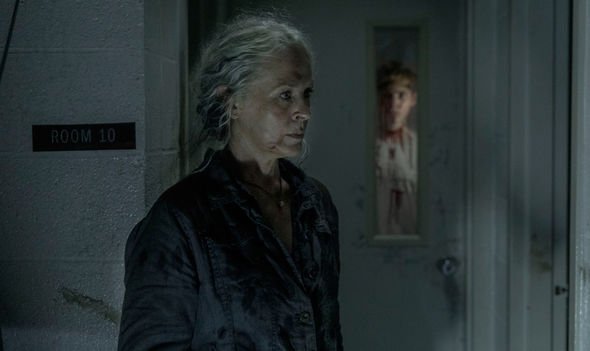 When he finds this out he meets Alpha in the woods, alone, and cuts off her head.

This leads him to bring the head back to Alexandria as a peace offering – as he had previously escaped from them.

AMC’s Alpha may be killed off in a hugely different way, however, if the first few episodes are anything to go by.

As Alpha is currently being pitted against Carol (Melissa McBride), all signs point towards Alpha’s death being at her hands. 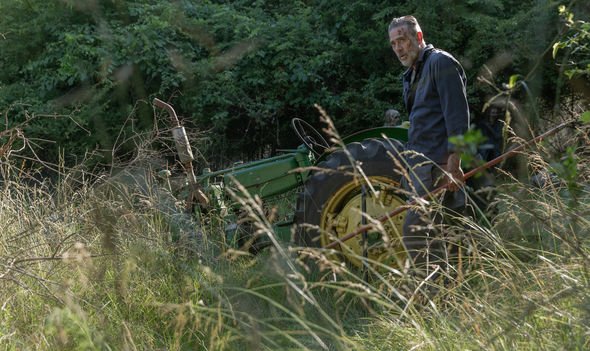 Carol killing off Alpha later in the season certainly makes sense, but it will definitely take away from Negan’s character arc.

Despite being pulled into the fight in episode three last week, he was still reluctant to help his captors.

Negan killing off Alpha became one of his standout moments as he attempted to bring himself back from the side of evil.

As Carol’s vendetta builds against Alpha, will Negan lose this feature of his character in the episodes to come?

And if so, how will he redeem himself instead?

Meanwhile the latest trailer for The Walking Dead’s fourth episode has now arrived, and shows off the team becoming a little worked up over the Whisperers’ presence.

The official synopsis for the episode reads: “Still paranoid Alexandrians get riled up over the Whisperers and take their fear out on Negan.”

The trailer itself sees Alpha’s daughter Lydia (Cassidy McClincy) working with Daryl Dixon (Norman Reedus) out in the wasteland.

But things get a little tense between the pair as they find a door spray painted with the words: “Silence the Whisperers”.

Lydia seems angry about it, and teases that perhaps her allegiances aren’t completely with Alexandria.

She goes on to tell the camera: “I’m not just going to smile and take it.”

The Walking Dead season 10 continues Sunday on AMC and airs Monday at 9pm on FOX.