The Walking Dead spoilers: Daryl finally kills Beta by stabbing out his eyes in gory scenes

THE Walking Dead's delayed season 10 finale saw a clash of the titans as Daryl Dixon and Beta fought to the death.

A Certain Doom, which was heavily postponed due to the global coronavirus pandemic, saw Beta (Ryan Hurst) leas The Whisperers' horde of walkers on the allied communities in the fallout from Alpha's (Samantha Morton) death. 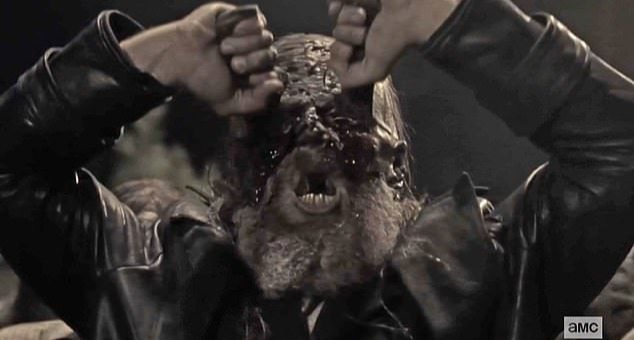 In truly girsly scenes, the pair came to blows, but Daryl's (Norman Reedus) superior speed and agility won out.

Daryl delivered a slash across Beta's arm, before plunging two huntin knives into his eyes, leaving him blind and screaming.

Naturally his cried ended up drawing the attention of nearby walkers, who were previously unable to detect him due to his skin mask.

He was swarmed and prompty eaten alive, leaving The Whisperers in total dissaray. 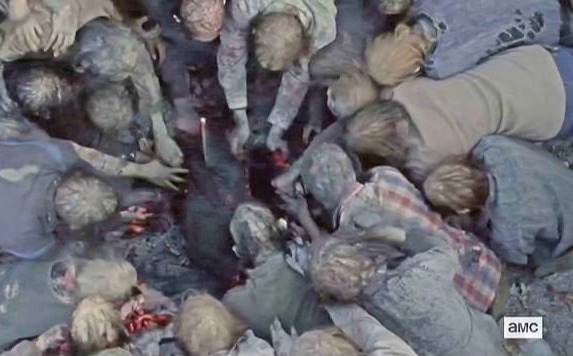 In another master stroke, Carol (Melissa McBride) managed to lead the remainder of the herd over a cliff edge, eliminating them as a threat completely.

She was accompanied by the mysterious masked warrior, who much to the irritation of fans, remained shrouded in mystery.

Fortunately there was some more good news – Connie (Lauren Ridloff), who was widely presumed dead after the cave-in explosion – turned out to be alive. 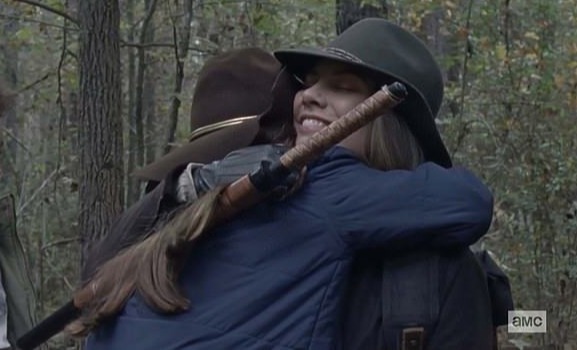 Emerging from the forest wounded and covered in ash, it transpired she had been rescued by Virgil (Kevin Carroll), the man who Michonne (Danai Gurira) had embarked on a mission with earlier in the season.

Elsewhere, Eugene Porter (Josh McDermitt) was left feeling sorry for himself in the rain after getting injured in a bike accident.

However, he was soon interrupted when soliders of The Commonwealth made a surpise appearence, ordering his group to drop their weapons. 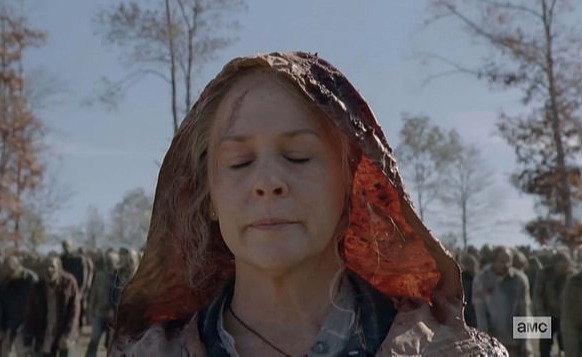 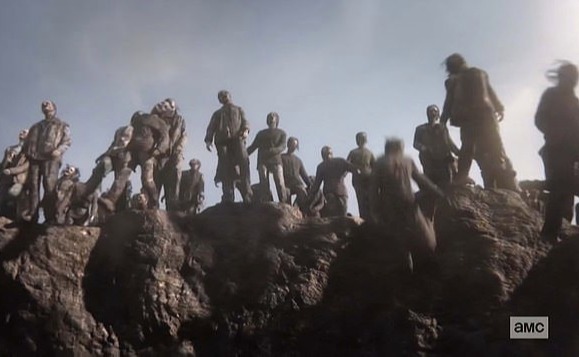 Fans will remember how Eugene made contact with Stephanie – a woman from The Commonwealth, a communuity organised by a strict class system.

Based on the ending of the episode it's safe to assume The Commonwealth will feature heavilg in season 11 and beyond.

The Walking Dead season 10 will continue with its six-episode extension in 2021 on AMC in the US and FOX in the UK.

Meanwhile Fear the Walking Dead will return later this year on AMC in the US and on AMC UK in the UK.