The Governor was responsible for the deaths of a number of fan favourites but he finally got his comeuppance in the season four finale. However, despite his character being killed off, The Walking Dead star David has teased he could make a chilling return to the franchise and reunite with Rick Grimes (Andrew Lincoln).

The Governor was introduced as the ruthless, charismatic leader of Woodbury, Georgia, who comes into conflict with Rick.

The sinister character was responsible for the deaths of a number of survivors in both Rick’s group and his own.

In season four, he attempted to redeem himself when he met a new family and introduced himself as Brian Heriot.

However, The Governor was soon back to his old tricks and committed several brutal acts to ensure the family’s survival. 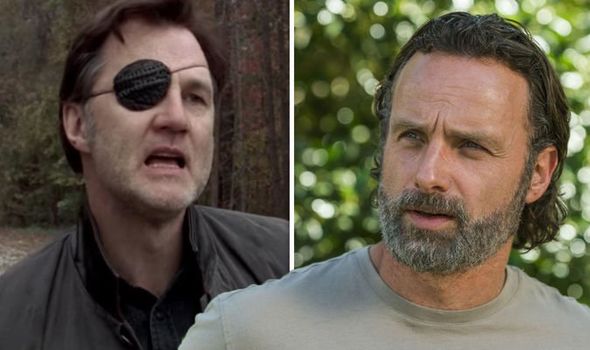 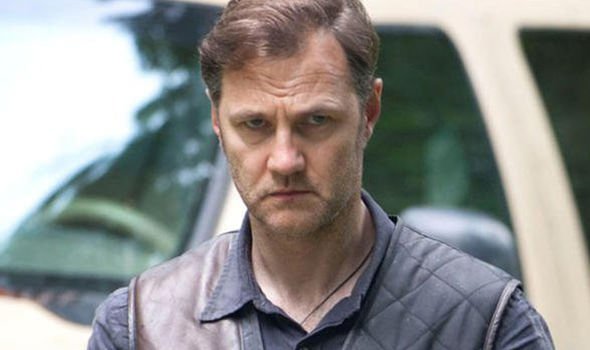 Rick and the surviving members of his group were then forced to abandon the prison they were sheltering in but not before The Governor was finally killed.

During a tragic and brutal fight, The Governor attacked Rick and began choking him to death.

Michonne (Danai Gurira) stabbed The Governor before Lilly (Audrey Marie Anderson) shot him in the head and killed him.

However, The Walking Dead actor David told Express.co.uk, hopes to revisit his role in the upcoming Rick Grimes movies. 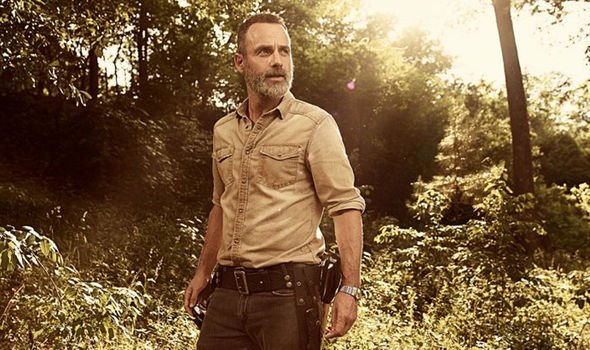 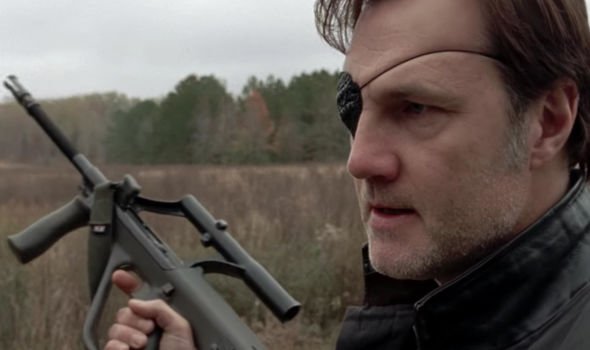 David confessed: “They’re doing movies and in some of them they might be doing origin stories, and I would love if if they were doing mine.

The Walking Dead star went on to reveal how it was a “joy” to work with the show’s cast and crew.

“With the movies who knows what type of universe they will live in,” he continued. “I think with the origins of the story you’d go back to the beginning.

“There are three great novels called The Rise of The Governor and I think they would make great movies.”

David went on to explain how his character would return to the franchise despite The Governor’s brutal death.

“If they wanted to,” he explained. “They could go back to before Woodbury existed and how The Governor became who he was.

“I think that’s a brilliant story, and that’s all there, and it’s in the books, I hope they could do that.”

Meanwhile, Alpha star Samantha Morton has addressed the major changes between the series and the comic books.

Speaking about whether she wished she had the chance to work with Andrew Lincoln, she explained: “Yeah I suppose I do.

“We’ve got quite far away from the comics in some way so I think it’s fine.

“I’m having a great time working with who I’m working with and there’s other things going down I can’t really say.

“It’s all really exciting and it’s not what you think.”

The Walking Dead continues every Sunday on AMC and every Monday on Fox UK.