The Widow on ITV: Is The Widow based on a true story?

ITV will be premiering its Hollywood-style thriller The Widow this evening (Monday, April 8) from 9pm. The eight-part series will be broadcast on a bi-weekly basis with audiences getting two instalments airing on Mondays and Tuesdays over the next month. The Widow has been written by The Missing, Liar and Baptiste creators Harry and Jack Williams.

The Widow follows Georgia Wells (played by Kate Beckinsale), who goes to the Democratic Republic of the Congo (DRC) after finding evidence to suggest her late husband is very much still alive an out in the conflict zone.

She embarks on an adventure that reopens old wounds and plunges her into more danger than she could have ever imagined with flashbacks to the events leading up to the accident.

Secrets from the past are set to come spilling out as Georgia digs deeper and wonders if she really knew the man she married.

The ITV series was filmed in a number of locations including Wales and South Africa, which stood in for the DRC because of the dangers and volatility of filming in the real-life region. 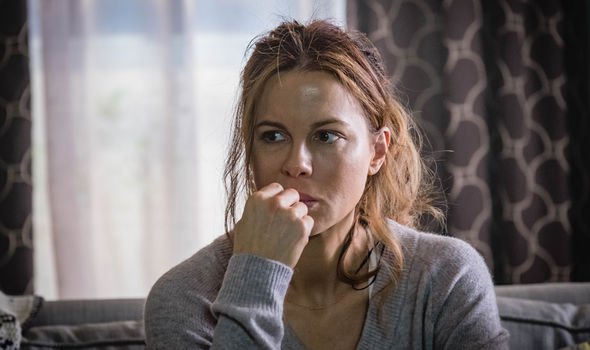 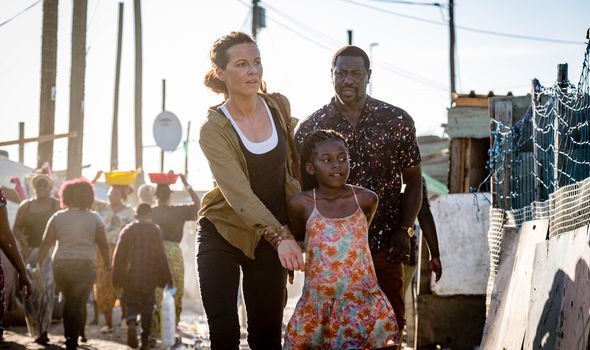 Is The Widow based on a true story?

The short answer is yes and no – certain elements were taken from real-life. Speaking about the conception of the novel, Jack told media including Express.co.uk: “We were talking about stuff that’s in our lives at the moment and my girlfriend was a widow.

“She wrote a blog about it and we ended up coming up with a drama with that at the heart of it.

“We were talking about being a widow, what that means and the emotional experience of it and we’d been talking about something about the Congo, it was a very interesting place to set something. It’s lots of different ideas coming together at the right time.”

Reflecting on the writing process, the pair said they bounced ideas off each other as they started working on the project, deciding what would fit and what didn’t.

HOW MANY EPISODES ARE IN THE WIDOW ON ITV?

They admitted it took a very long time to work on The Widow with the writing taking over a year on the project.

Harry explained: “We were doing other things at the same time but it took a very long time.”

While Jack added: “Quite often we work it out as we go along a bit more but this one we knew the shape, the arc of the whole thing more.”

When asked whether they’d take inspiration from real-life events relating to the DRC, they said they couldn’t reveal too much.

Harry did say, though: “A lot of the stuff is about Congo as a place and historically, why it’s important and why it’s interesting and why the country faces these challenges.

WHERE IS THE WIDOW ON ITV FILMED? 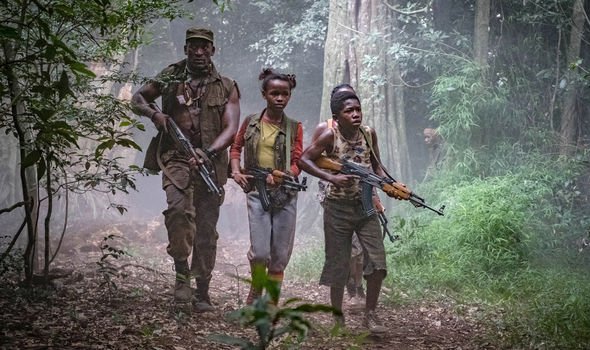 “Some of that has been in the news recently and I think it is reflected here, typically but I won’t spoil.”

He added: “There’s a lot of stuff specific to the place that does pop up in the news but I don’t want to go into any more detail than that.”

The Widow features child soldiers, who are featured in some hard-hitting moments, which are likely to have taken their cue from real-life news stories and research by the creators.

“This story couldn’t happen anywhere else,” they explained. “By the time you get to the end, this is not a story that could happen in any other country, so the history, the politics of the Congo.

“It’s not in-your-face, it’s not an issue-led show. It’s present and it’s part of the tapestry of the show.”

The Widow starts on ITV tonight at 9pm