The X Factor got itself a shiny new judging panel this series – with Robbie Williams, Ayda Field and Louis Tomlinson joining Simon Cowell behind the table – but its ratings haven’t seen a huge upturn (for live viewing, at least).

However, host Dermot O’Leary, who has helmed the ITV talent show for 11 years, has revealed that he isn’t at all concerned about TV viewing figures.

“I’ll tell you an anecdote about when I realised that we shouldn’t worry too much about ratings,” he told The Sun‘s Fabulous magazine. “I mean, obviously you’ve got to in terms of wanting the show to pay for itself and be a success, but one of my researchers asked if their dad could come up and meet me after one of the live shows. 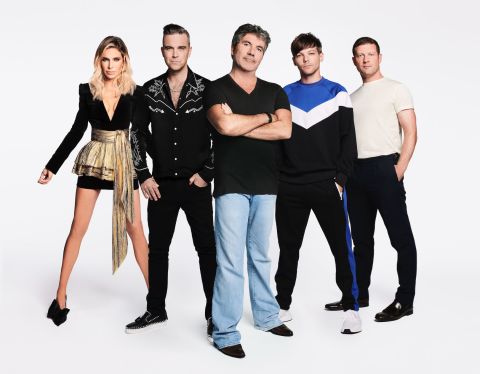 “And, well, if a man in his mid-60s is watching it on YouTube and people can get it bite-sized, we have to evolve the way we make it, to follow how people at home are viewing it.

“The worst thing we can do is wring our hands. We just need to keep to our nerve and not worry too much. I don’t think any other show delivers what we deliver or creates stars the way we do.”

Dermot is clearly still loving his role as chief hug-giver and ship-steerer but he admits that it can sometimes be a bit of a thankless task.

“You do feel like you are the conductor of the campest runaway train in town,” he said. “You don’t want to be the boring one but, you know, someone’s gotta get to the ad break!”

The show has had quite an impressive shake-up this year – as well as the new judging panel, we also now have a golden X, an impartial judge and no Boot Camp.

The X Factor continues tonight (September 23) at 8pm on ITV.