The Young and the Restless spoilers: Mariah demands the truth, Tessa gets dark and devious 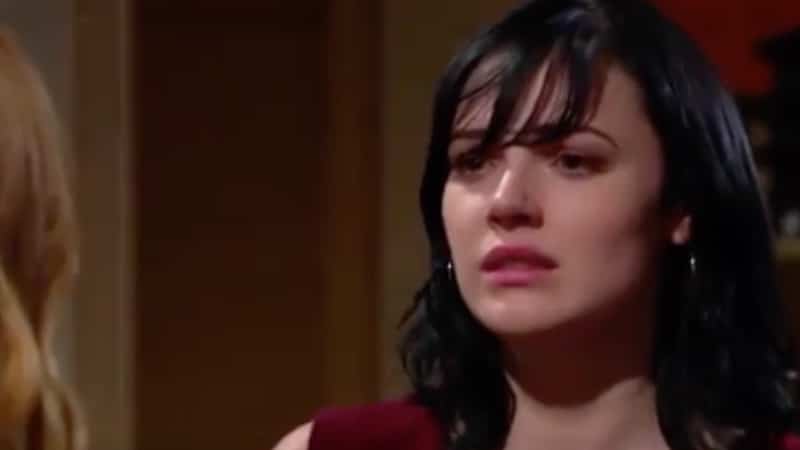 The Young and the Restless spoilers for the Tuesday November 13, 2018 episode of the CBS soap promise that there’s trouble in paradise already for a  couple of young women who seemed to have such a bright future together!

On Friday Mariah (Camryn Grimes) made the big, big, decision to move in with Tessa (Cait Fairbanks). Poor thing has always had trust issues, and for good reason, most of the people in her life have let her down. Will Tessa be any different?

Sadly it doesn’t appear that way. On Monday Mariah gets to work tidying up the small space she’s now cohabitating. We see her open a duffel bag that Tessa had stuffed with cash. The bag is now empty.

All’s well that ends well. Almost. Busy bee Mariah later tells Tessa that she tossed out that ratty old mattress. Tessa flies off the handle and storms out, much to Mariah’s surprise.

In the end Mariah discovers what the fuss is about. There’s Tessa, plucking cash out of the ratty old mattress she had thrown in a dumpster.

Well, isn’t this a fine sight!

Tuesday the chickens come home to roost as Mariah demands to know what in Hades is going on with her new roomie. Explosive show spoilers reveal that Tessa works hard to cover her tracks, so it appears that the truth will be hard to find any time soon.

Fans are worried however that Mariah could be in danger given Tessa’s state of affairs.

Does this mean that Devon’s record label will be front and center again? We last saw Ana in 2012 when she left to attend a music school on the east coast.

The Young and the Restless airs weekdays during the day on CBS and in the evening on PopTV.