The Young and the Restless spoilers: Will Tessa's real agenda be exposed? 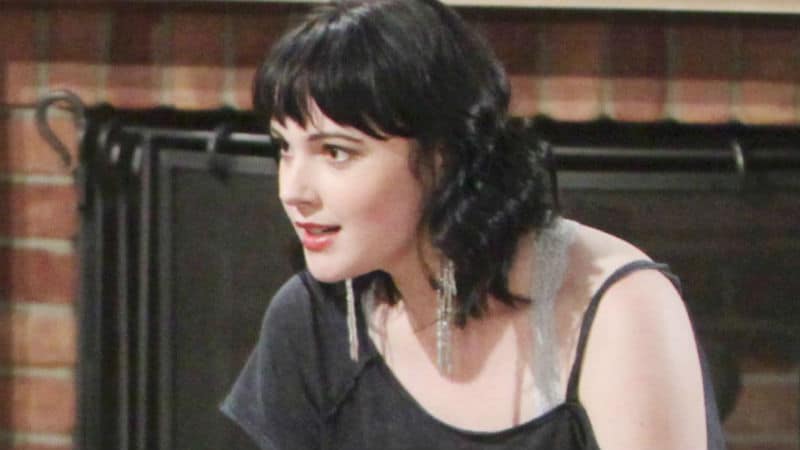 This week on The Young and the Restless, fans could get a crucial clue about Tessa’s (Caitlyn Fairbanks) real agenda. Is she telling the truth about needing $20,000 to keep her sister safe, or is the dark-haired beauty playing a master con on everyone who cares a fig about her?

The stakes were ramped up in a Friday cliffhanger that saw the barista battered and bruised by an unknown assailant. Her story has stayed the same for weeks now — mysterious thugs will harm her sister Crystal unless she coughs up some big dough. Plausible or not?

While it’s stayed consistent, give her that, her story has a couple of red flags flying high and mighty. First of all, it’s her word against a bunch of unseen lowlifes. Devon (Bryton James) rightly told her that he can’t trust her when she asked him for the cash. He’s such a softie, so maybe he’s on to her shenanigans?

Her latest scare tactic seemed real enough. On a phone call to Sharon (Sharon Case) the poor girl screamed and cried while mayhem ensued in the background. A panicked Sharon rushed to the coffeehouse to find it busted up, and Tessa full of bruises.

But when she told Sharon she erased any videotape evidence in order to protect her sister, Tessa’s credibility failed the smell test with oodles of angry fans who went online to declare Tessa a fraud, a liar, and even worse!

Now it looks like the only person who counts, Mariah (Camryn Grimes), may call Tessa’s bluff. Explosive spoilers say that next week Mariah comes back to town and grills Tessa to a fine charbroil.

Is this the end of Messa? Or is a horrible fate about to befall a forsaken but truthful Tessa? Stay tuned and find out!

The Young and the Restless airs weekdays on CBS and in the evening on PopTV.