Eamonn Holmes reveals he’s going to be a grandad

Eamonn Holmes and Ruth Langsford had This Morning fans on tenterhooks throughout the first half of the ITV show on Wednesday as the two teased a big “personal announcement” to come. As the clock hit 11am, Eamonn revealed he was set to become a grandad after his son Declan and daughter-in-law Jennie were expecting their first child together. However, thanks to the pair’s sombre tone throughout the build-up, a number of viewers blasted the host for misleading them into expecting a more downbeat announcement.

“@EamonnHolmes so glad you’re going to be a granddad.. You had me worried for the last hour..,” one fan admitted on Twitter. “Also Granny @RuthieeL.. Congratulations to the parents of the new arrival due in July.”

A second also vented the frustrations while congratulating the star: “Thought Eamonn Holmes was gonna retire or something… he’s gonna be a grandad? Great news but very badly worded…  #ThisMorning.”

Another echoed: “@EamonnHolmes @thismorning Geez Eamonn, you news sounded like there was something serious wrong with you. Can you be less dramatic and sound more cheerful lol.” (Sic)

While a fourth added to the conversation: “Not very impressed with Eamonn Holmes leading everyone on to think he’s poorly or something only to then announce he’s going to be a Grandad? Badly worded lead up #ThisMorning.” 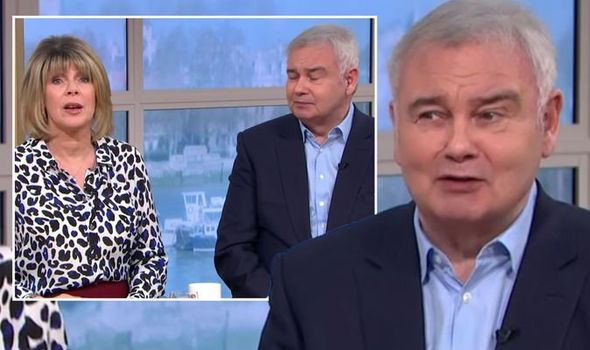 And a fifth added: “Not being mean but the way Eamonn built that up sounded like he didn’t have long left to live ngl.. but I’m happy it’s good news though… anyone know when Phil and Holly are back #thismorning.”