THIS Morning's Spin To Win competition was left in chaos after FOUR callers blundered the competition one after another.

ITV hosts Holly Willoughby and Phillip Schofield were left furious and shouting at the screen as contestants all made the same mistake. 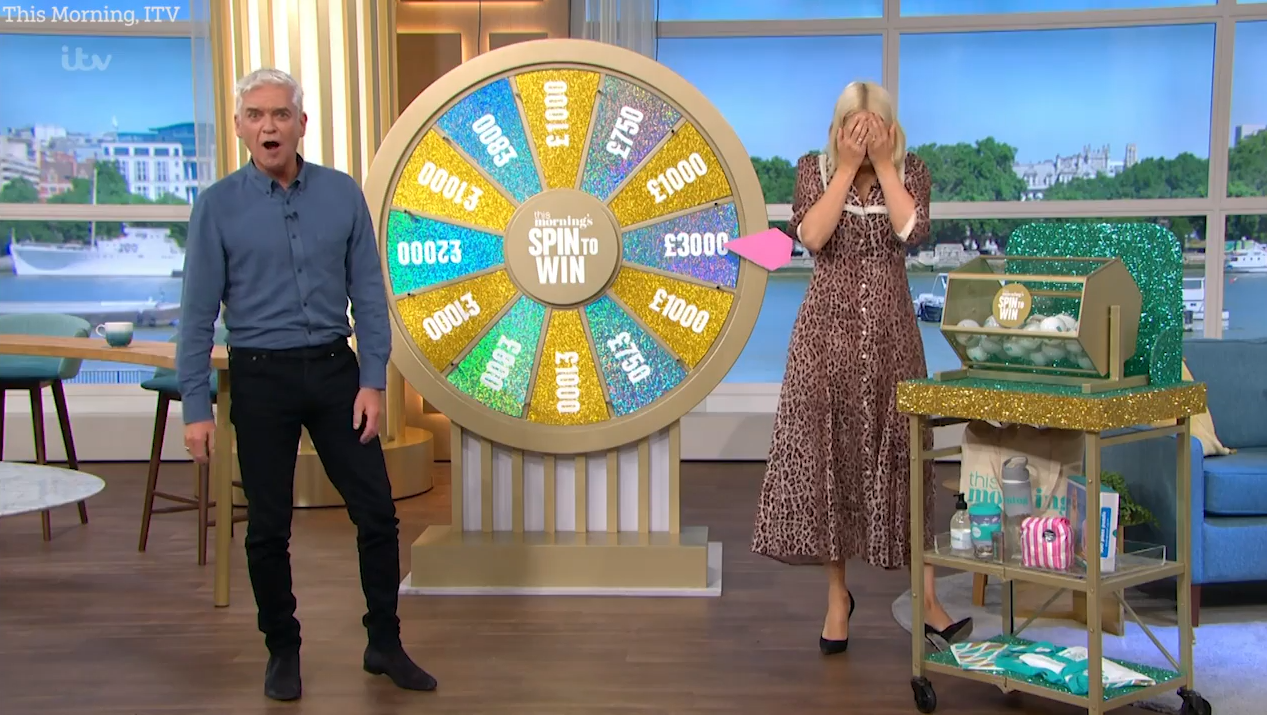 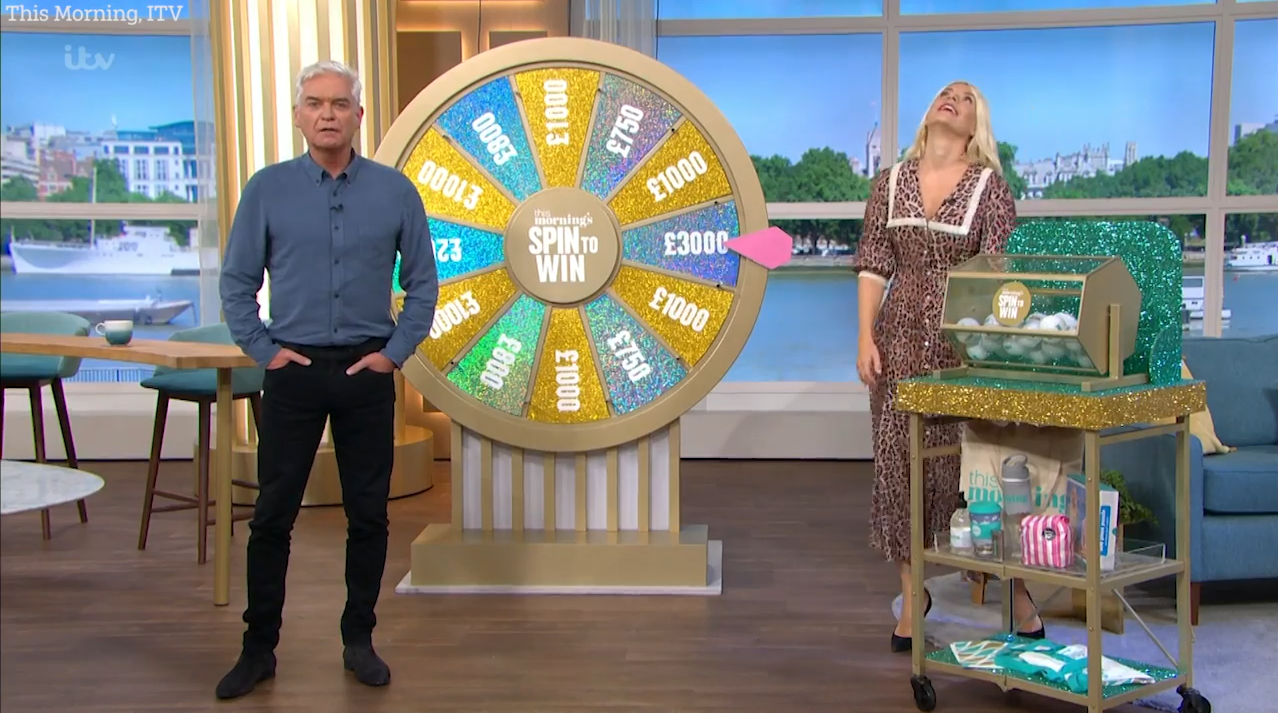 "It's time to bring back the wheel and the balls as we play Spin To Win!" Phil, 59, excitedly announced the contest on Thursday's live show.

Things got off to an awkard start when Holly, 40, was forced to tell off her co-host for "stealing her line" as they read the rules of the competition.

"The first words you say when you pick up the phone have got to be the pass phrase," Phil went on. "If you say, 'Hello', we move on!"

Trying to ensure that it was done right, he added: "Turn your telly down, because if you are the person we call, it will really confuse you!"

But things went from bad to worse as they tried to find a contestant to take part in the roulette game, with the first number going to answer phone.

As they waited for the first caller to answer, the presenters kept busy dancing to the competition music before starting to lose their tempers.

"Oh, come on!" an unimpressed Phil could be heard saying as he gave a sideways glance, with Holly adding: "I don't think they are in."

"Right, moving on!" Phil shouted as an answerphone for 'Barbara' picked up the competition call – instead announcing new contestant Jodie.

But when the second caller answered the phone, she immediately said 'Hello', leaving Phillip furious and shouting: "NO! NO!"

"You're no good! Rubbish," Holly muttered, before the producers behind-the-scenes attempted to dial a third number in the background.

But the third caller – a woman named Denise – also answered the phone without using the pass phrase, leaving Holly with her head in her hands.

"No! I mean for goodness sake why did you enter," a furious Phil shouted, placing his hands on his hips. "This could be the last call now."

They tried a fourth number – who also answered with 'hello' and was swiftly cut off by Phillip, who began poiting angrily towarss the camera.

"No! You were waiting for the – you've even got your telly on in the background!" the contestant was berated on live television.

"We've got one minute and we've got one call," Holly then added, as they tried a fifth and final number with the hopes of finding a winner.

Luckily, the caller – a woman named Diane – answered the phone with the catch phrase, shouting: "Good morning, This Morning!"

But the mother-of-three was cut off by the woman screaming down the phone as she realised it was her voice live on the TV in the background.

"Turn your telly down!" Phillip lashed out, before walking slightly off camera and slamming his hands down on a nearby table.

"Wheel or the ball?" the hosts asked – with Diane choosing the ball roulette which saw Holly pulling out one marked with an £1000 prize.

"Oh I wish we had called you first, we would love to spend more time with you!" Phillip lamented as the segment was cut short. "We haven't got time!"

"I wish I could see you as I'm sure you're lovely!" Holly chimed in, before asking the all-important question for Diane to take home the money.

She answered correctly, and delightedly let out a scream down the phone to celebrate her win as she clapped her hands in the background. 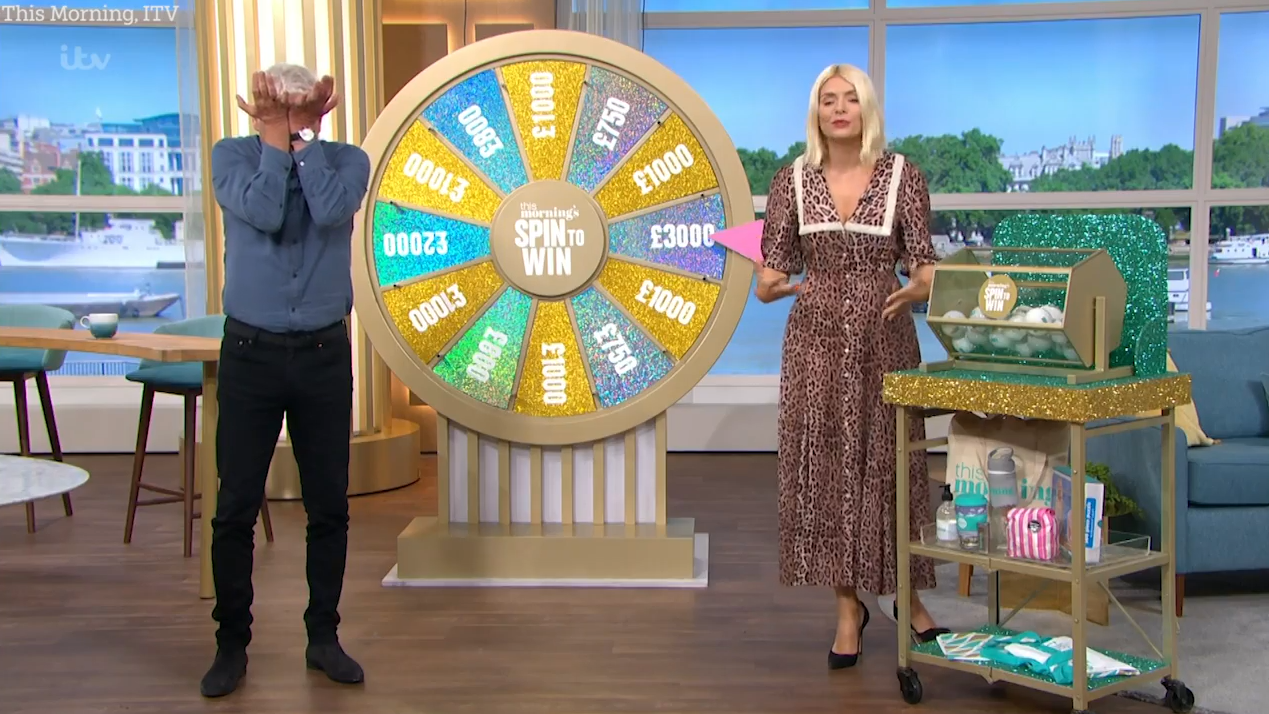