When Ben Lawrence stumbled across a story in his local paper about a man called Jason King, he knew he had found the subject he'd been looking for.

"All I knew was that Jason was a 'ghost hunter', his brother had passed away, and he'd had a vision of his brother's ghost," he recalls.

Lawrence, a maker of commercials and TV documentaries, says there are three elements he always looks for, and Jason's story appeared to tick all the boxes. "There's the visual – and ghost hunting certainly had that; there needs to be a rich story that has a premise that I was attracted to and thought others would be; and you need an engaging character who could tell that story. And that's probably the hardest one to find."

King is a security guard, but runs his ghost-hunter business on the side. Actually, it's more a public service than a business; King endeavours to rid people of the otherworldly presences they claim are troubling them, so long as he can detect them with his battery of cameras and meters and his team of assistants. He charges nothing but petrol money for the service.

There would certainly have been material enough there for a quirky documentary about oddball characters, but Lawrence – the son of acclaimed director Ray (Bliss, Lantana, Jindabyne) – detected something more.

"I thought it was a story about grief," he says. "The idea of loss is a very powerful motivator in all the characters' lives."

King was an enthusiastic partner in the filmmaking process, and quickly revealed to Lawrence that he had no memories of his childhood. What he did have, though, were medical files that showed he had been rather "accident prone" as a toddler, suffering (among other injuries) a collapsed palette and major head trauma, allegedly as a result of pulling a large pot onto himself. 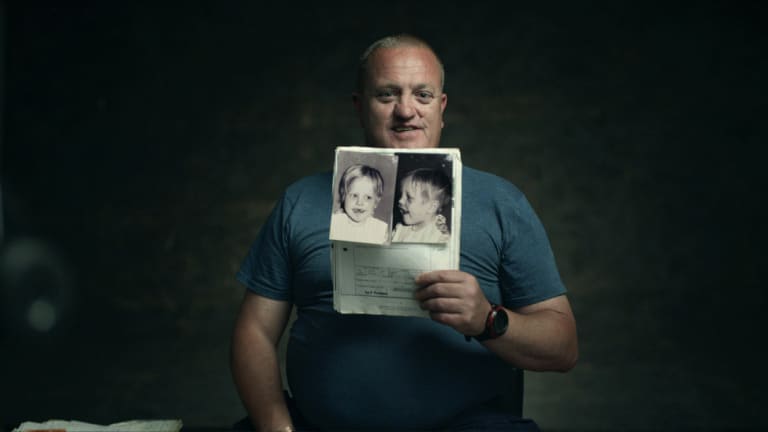 Jason King, the subject of Ghosthunter, holds a photo of himself from his childhood medical files.

The ghost of physical abuse loomed large in Jason's tale, and he suspected his mother was to blame. But understanding what really happened to him meant tracking down the father he had never known. And that's where the story got seriously interesting.

It turned out Jason wasn't the only one looking for his father. A woman called Cathy wanted to find him too, as she sought to confront her own dark past. And the police were on his trail as well.

None of this, of course, was on the table when Lawrence started filming King.

"It took me four years before the police became involved, and that's when I really knew I had a story," he says. "Up until that point certainly no one was wanting me to make or tell this story. I was just hanging in there with a lot of ghost hunters."

It might seem that it was pure luck Lawrence was on the case when all these strands began intersecting, though he has a slightly different take on it. 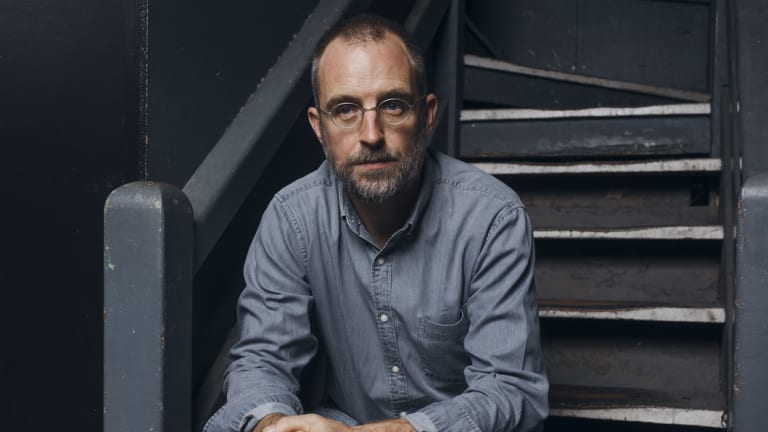 "It felt like there was a guiding force," he says. "I'm not spiritual, I don't necessarily believe in that world, but there were so many things coming out of nowhere. Jason always said it was his brother, and I eventually started to hold onto that as an anchor. There's something controlling this, it's not just chaos, there's a reason."

There were moments over the eight-year journey of making the film when Lawrence wondered how he was going to end it. But once Cathy agreed to tell her story on camera, he knew he was going to have to find a way to honour it. "The responsibility of that weighed more than anything else," he says.

Lawrence wonders how the story might have unfolded if he'd met King at a different point in his personal narrative – a point after the police investigation and various intersecting stories had played out, rather than while they were unfolding.

"The legal, practical and emotional issues around it were very complicated. And I feel that while the story is there, they were the things behind the camera that we were all trying to wrestle with." 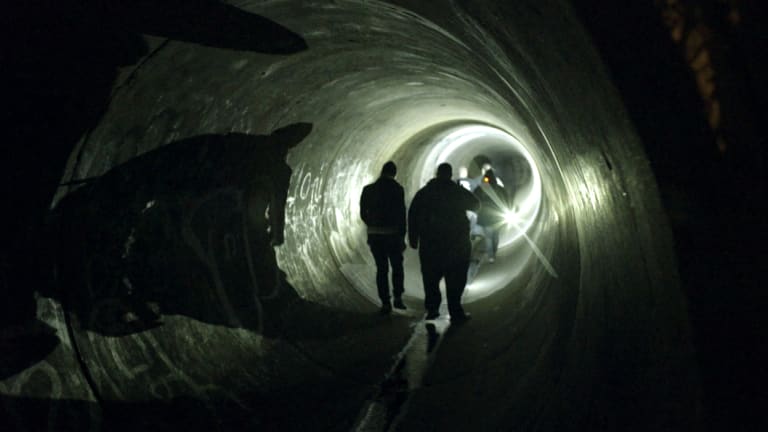 The search for answers – and ghosts – takes Jason King and Ben Lawrence to some very dark places.

One thing Lawrence never really struggled with was how long the film was taking – in no small part because his father's films were so notoriously long in coming to fruition.

"Oh yeah, I grew up seeing that," he says. "Things that take 10, 15 years certainly weren't uncommon to me as a kid. There were writers in the house, people who would come in and out of our lives who were having the experience too. So that was normalised to me."

Not that he plans to let it become his standard way of doing things. His next project is a narrative feature called Hearts and Bones, about refugees and a war photographer – "another film about trauma", he jokes – which he starts shooting at the end of the year.

Whatever lies ahead, though, filmmaker and subject will forever be joined by the journey they took together into, and out of, darkness.

"It was incredible," says Lawrence. "I don’t think I will ever have an experience like that again."

Ghosthunter is at the Lido and Classic Cinemas in Melbourne and the Dendy Newtown from September 20.