Melissa McCarthy and Octavia Spencer star as former pals who rediscover their friendship. Unlike many dramas with a similar story, Thunder Force sees the pair find one another again when a mishap leads them to become a superhero crime-fighting duo. Their friendship is seen from its early days, with young actresses playing their childhood selves, and it seems the young Lydia has got fans of the film talking.

In Thunder Force, both Lydia (played by Melissa McCarthy) and Emily (Octavia Spencer) are seen in their early friendship.

As children, they are thick as thieves but drift apart as their lives take very different paths.

Their early friendship is dramatised in the movie, as well as their teenage years, before we finally see them reunited after years of separation. 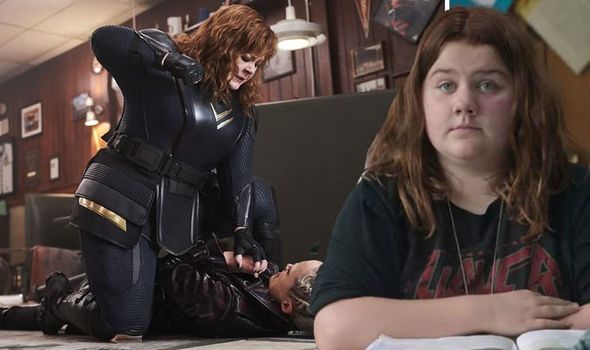 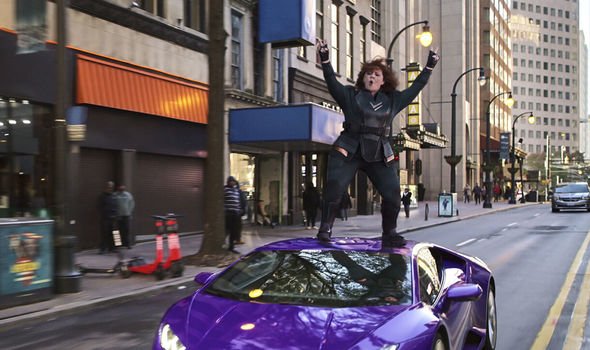 Viewers witness the two as they first bond after Emily moves into Lydia’s neighbourhood following the deaths of her parents.

A mean boy at school bullies young Emily, but Lydia stands up for her in a way reminiscent of Melissa McCarthy.

She shouts: “Get in that dumpster, cus that’s where the garbage goes.”

The young Lydia is played by Vivian Falcone, and she’s the daughter fo the film’s director, Ben Falcone, and his wife Melissa McCarthy, in 2007.

Ben spoke of his daughter performing in the film, despite Melissa and Ben attempting to ‘keep her out’ of showbusiness. 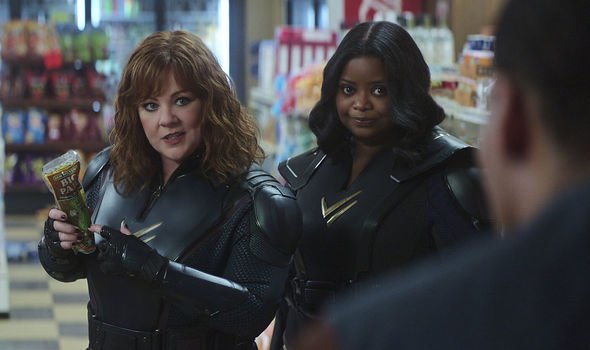 He said: “[We] kept Vivian out of acting but she’s very good at it.

“We needed a person to play a twelve-year-old Lydia and Vivian is a dead ringer for Melissa at that age.

“She’s like her mom in that she can stay in the scene and then you can pitch her alternate ways that the scene can go based on what you think might be a little funnier or different —and she is able to make those adjustments. And she is only twelve.”

This is not the first time Vivian has played a younger version of her mother, as she also appeared in Melissa’s 2016 movie The Boss. 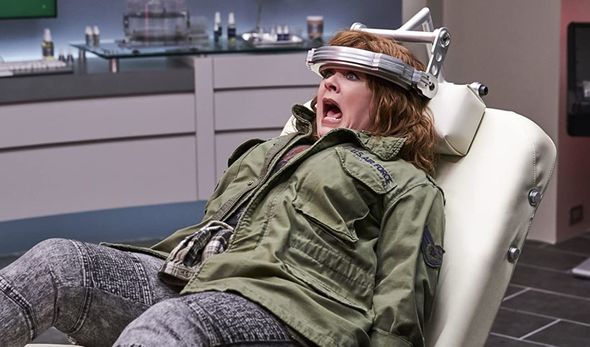 Despite trying to keep the children out of acting, Ben and Melissa also gave a role in Thunder Force to their other daughter, Georgette.

He added: “I thought a funny way to do it was to have a kid say, ‘That lady threw a bus.’

“And we decided we would let Georgie do it. And she did a great job.”

This comes after the adult Lydia, who has developed super strength thanks to taking Emily’s special serum, tosses a bus over a skyscraper to test her strength.

Other cast members include those playing the villains of Thunder Force: the Miscreants.

Jason Bateman and Pom Klementieff play The Crab and Laser, two Miscreants who are wreaking havoc on the city.

However, through their superhero investigations, Emily and Lydia discover it is mayoral candidate The King (Bobby Cannavale) who is the true villain of the piece, paying off Miscreants to lives of crime.

Thunder Force is available to stream on Netflix now