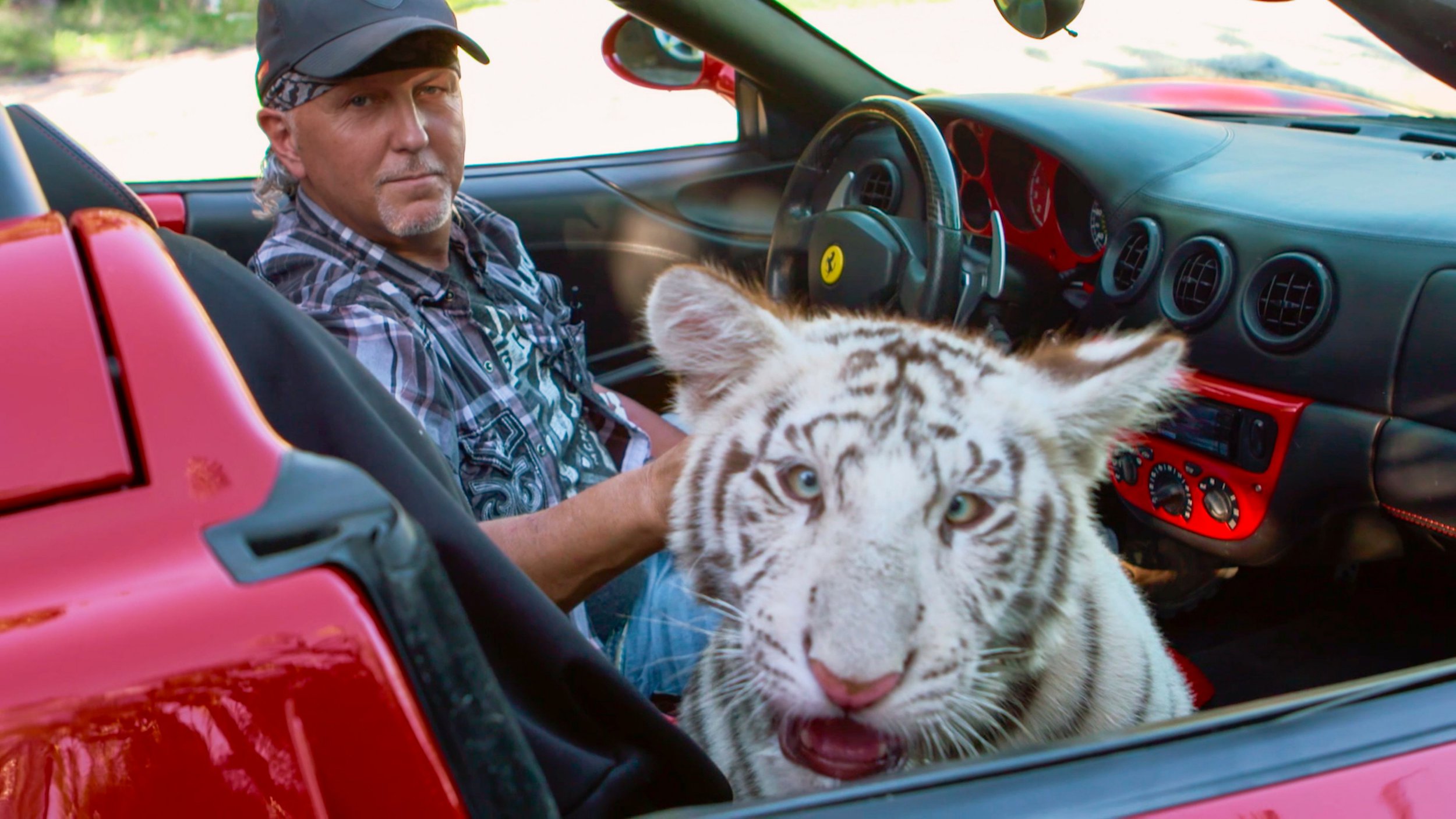 Tiger King star Jeff Lowe has been arrested on suspicion of driving under the influence (DUI).

Lowe, who took over the zoo previously owned by Joe Exotic was arrested on Saturday in Oklahoma County.

A police report obtained by Metro.co.uk states that Lowe was with his wife Lauren at the time of the arrest.

Lowe was placed in custody shortly before 2am on Saturday morning.

The arrest comes just weeks after Lowe reportedly had animals seized at his Tiger King Park in Thackerville, Oklahoma.

According to Lowe, a search and seizure warrant was carried out at the zoo.

It’s said that the officers’ warrant stipulated that they were taking away animals from the property that were protected by the Endangered Species Act, which is understood to have been issued by a federal judge in the Eastern District of Oklahoma.

Lowe announced he has forfeited his USDA (Department of Agriculture) license and the Oklahoma zoo would be shut down permanently.

In a Facebook post, Lowe wrote: ‘The Tiger King phenomenon has definitely changed our lives in many ways. It has brought us more attention than any human deserves, good and bad. It has, and probably will continue to make us a target of every nutjob and animal rights loon in the World, but we are prepared.

‘It has also provided us with an unfathomable source of income. Income that will guarantee the long term care of our animals and allow us to be very selective going forward.

‘As of today, we have decided to close the old zoo effective immediately.

‘Do the the permanent closure of the Wynnewood Zoo, I’m forfeiting my USDA exhibitors license [sic].’