Tom Brooks and sister Emma join Pillow Talk cast for 90 Day Fiance: The Other Way and The Family Chantel

Get ready to see a lot more of Tom Brooks and his sister Emma on TLC.

The British Before the 90 Days cast member has been teasing 90 Day Fiance fans about returning to TV with his sister, and now we know exactly what they will be doing.

Earlier this week, Tom took to Instagram to tease fans about a project he’s working on with his sister. It didn’t take long for 90 Day Fiance fans to guess that he was returning to one of the many spinoffs that have come from the show.

Remember when Tom Brooks said he was done with 90 Day Fiance?

Considering that Tom teased his upcoming project included his sister Emma, it wasn’t much of a reach to guess the pair would be joining Pillow Talk.

It turns out that is the case, and Tom verified just that.

With new Pillow Talk variations starting so that 90 Day Fiance cast members can comment on the last half of The Other Way and Season 2 of The Family Chantel, we may see more of our favorite stars from the franchise return to offer up their opinions. 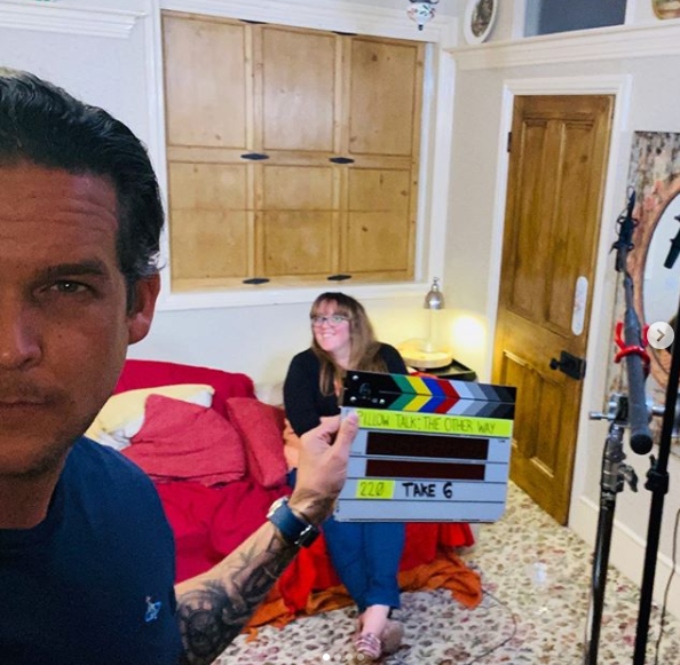 Tom and Emma will be giving their two cents on the craziness of The Other Way. The 90 Day Fiance series returned last night to finish off the season and, hopefully, answer all our burning questions about couples like Deavan and Jihoon, Brittany and Azan, and more.

But that’s not all.

Tom shared a couple of pictures proving his involvement with TLC and Pillow Talk. It turns out that he and Emma will also be hitting their couches and sharing their reactions to the upcoming season of The Family Chantel too.

It seems that 90 Day Fiance viewers will be getting quite their fill of the British bachelor.

Even though Darcey Silva has moved on with new man Georgi Rusev, she still seems to have Tom on the brain.

The blonde beauty claimed on her own 90 Day Fiance spinoff that she did get more than just a house key from her former beau. In fact, she claims she received a secret proposal from Tom that wasn’t aired on Before the 90 Days, possibly because it came after the act.

Despite how badly Darcey has wanted to walk down the aisle for some time now, clearly, the proposal was not accepted (or possibly there never was one).

Based on what we’ve seen in the time since Darcey and Tom split up, it’s become evident he has no problem meeting and attracting beautiful women.