DAREDEVIL actor Tom Cruise is learning to fly a World War Two military plane for stunt scenes in the next instalment of his film blockbuster series Mission: Impossible.

I can reveal the fearless star, who shot to fame as fighter-jet pilot Maverick in Top Gun, has been getting to grips with a 1943 Boeing Stearman Model 75. 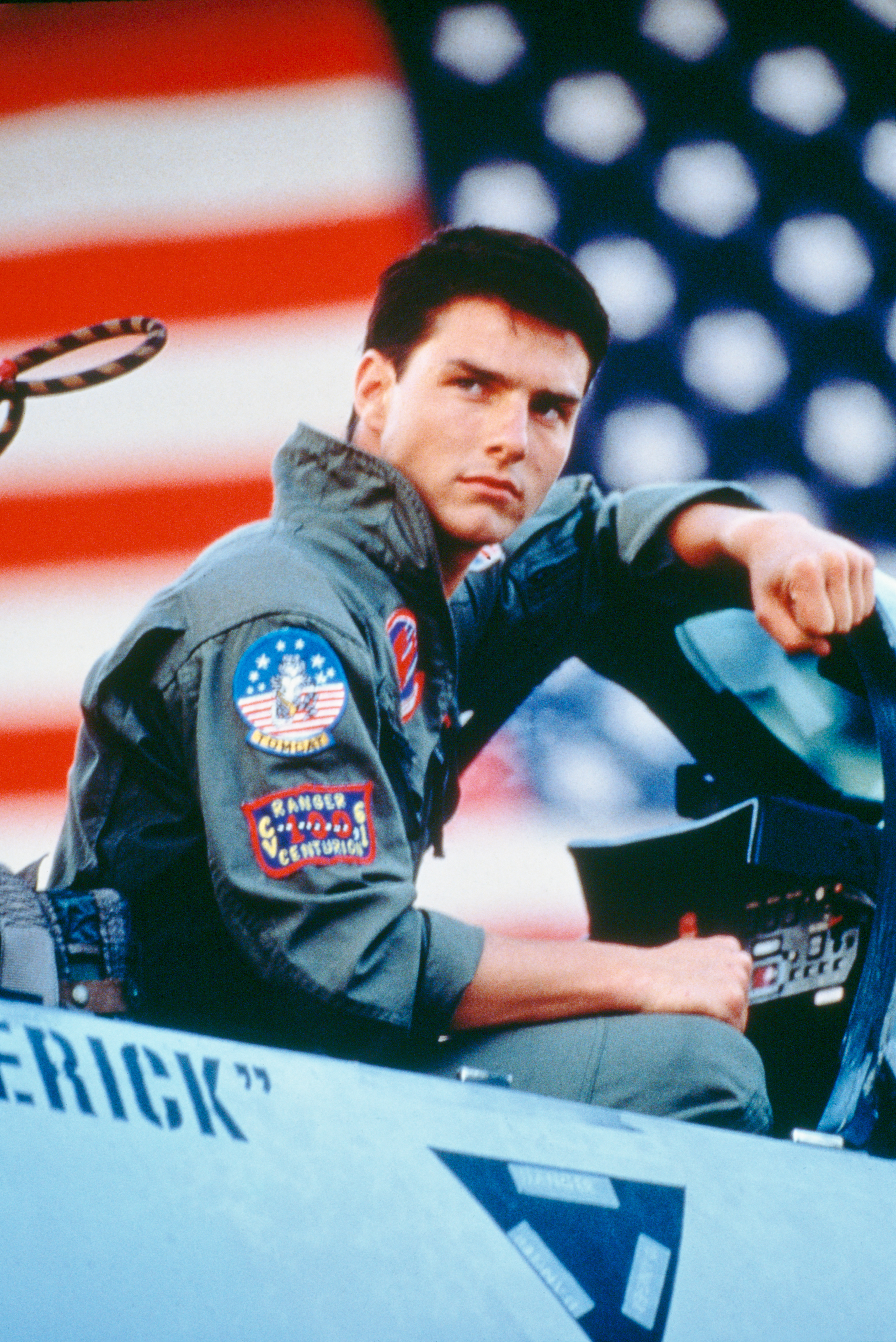 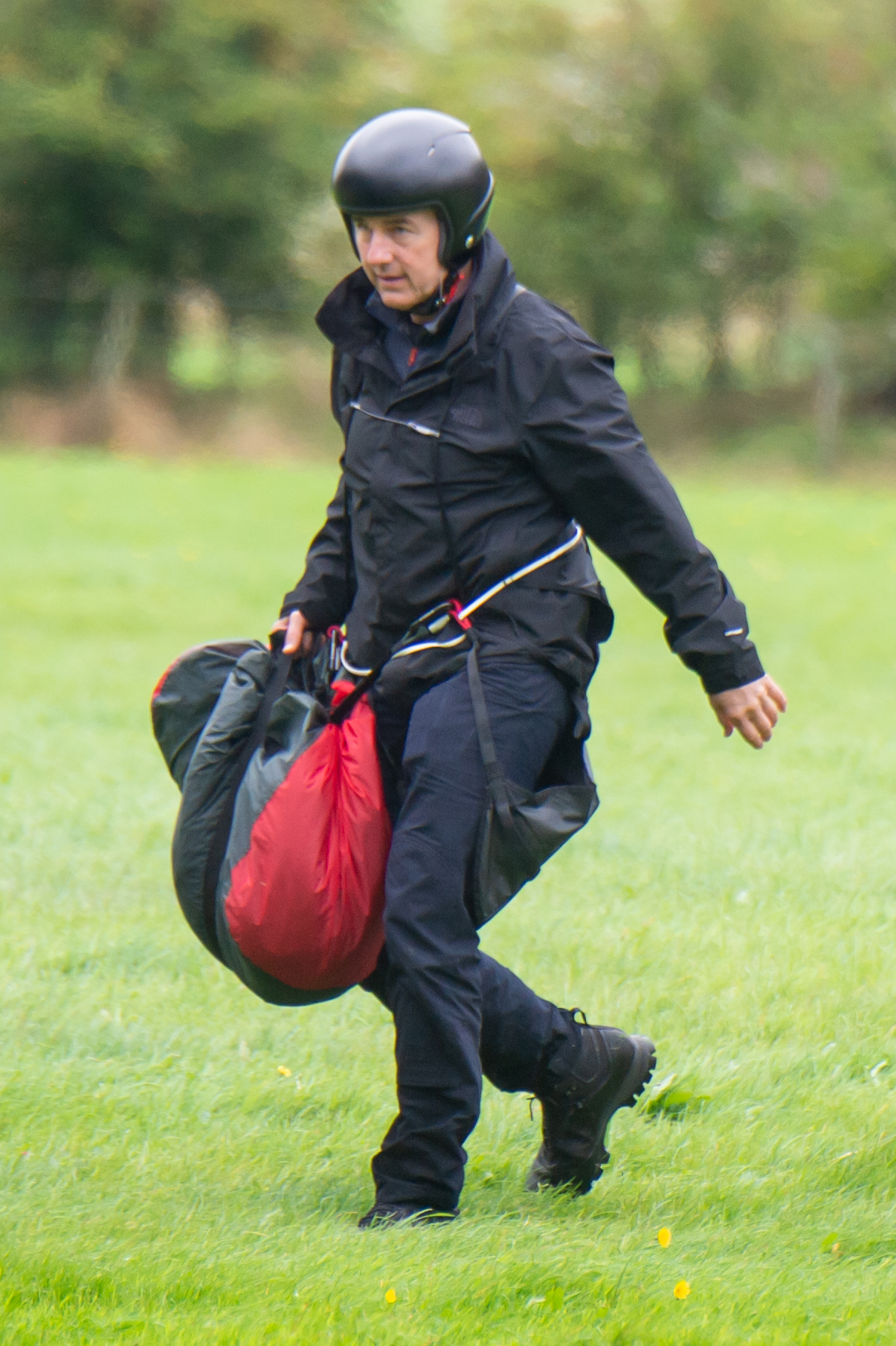 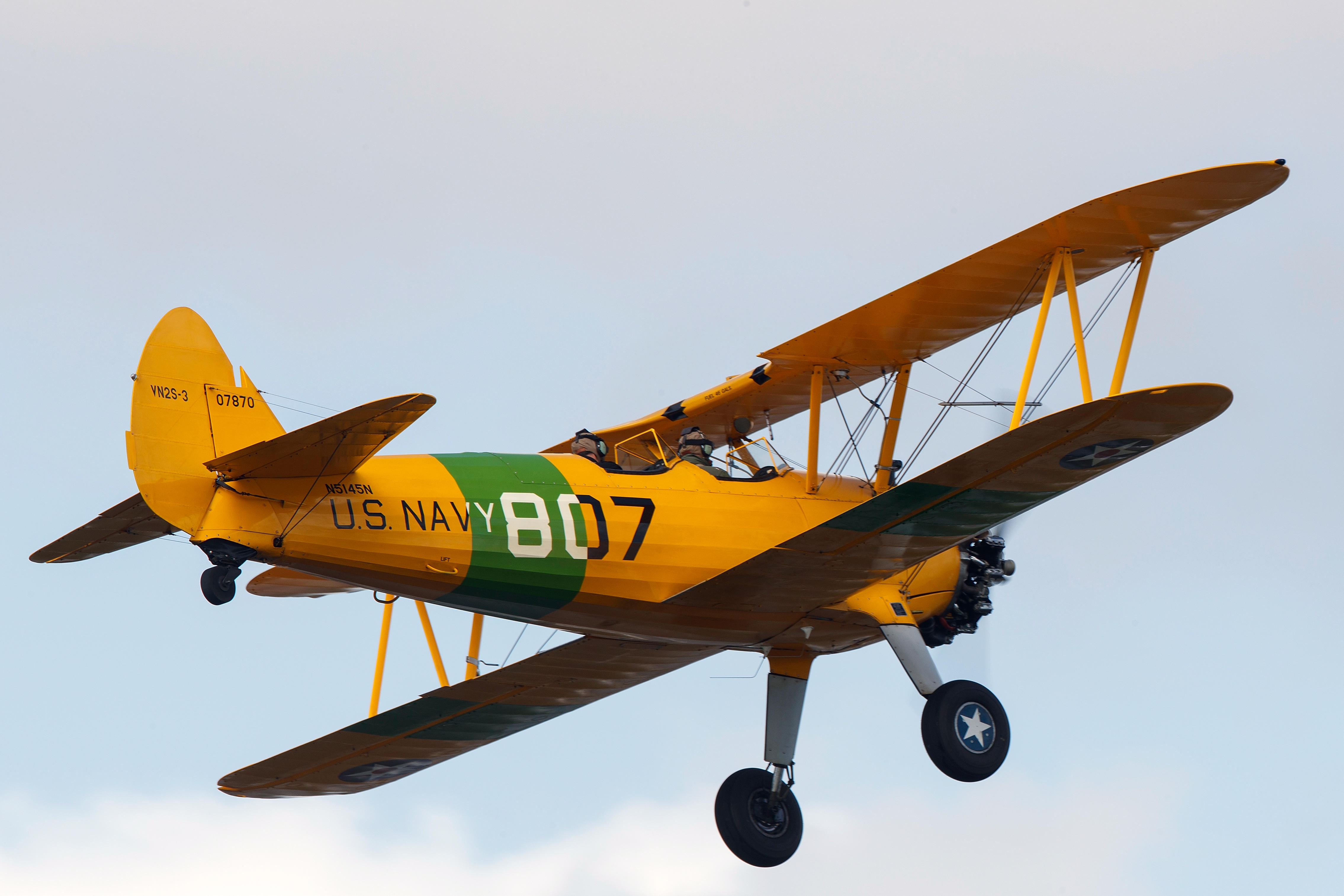 He was spotted in the training aircraft — which had two movie rigs on its wings — at Cambridge's Duxford Airfield.

The plane is to be filmed in a chase with another wartime aircraft.

A source told me: “Tom had started to learn to fly a Boeing Stearman biplane earlier this year for a major stunt scene in Mission: Impossible 8.

“It’s obviously a highly skilled task but as usual he has no plans to cut any corners or bring in a stuntman.

“Filming has only just wrapped on Mission: Impossible 7 but Tom has not given himself a break.

“And trying to film jaw-dropping scenes with an 80-year-old plane at 50,000 feet is particularly dangerous.”

Throughout his career Tom has become known for his dangerous stunts.

For the Mission: Impossible films, he has already scaled Dubai’s Burj Khalifa, the world’s tallest building, and hung off a cargo plane during take off, to name but two.

Due to the pandemic, filming was fraught with setbacks including multiple Covid outbreaks on set, causing the production to be shut down for weeks at a time.

While I am partial to a Mission: Impossible film, I’m also more than happy to leave the stunts to Tom.

HI, I’m Tom. As you can see, for me, nothing is impossible.

Mel does her Brit

MELANIE C was flying high when she dressed up as Britney Spears’ air stewardess from 2003 hit Toxic.

The Spice Girl wore a version of the outfit from the US singer’s video as she performed a tango to the track on Dancing With The Stars – the American version of Strictly. 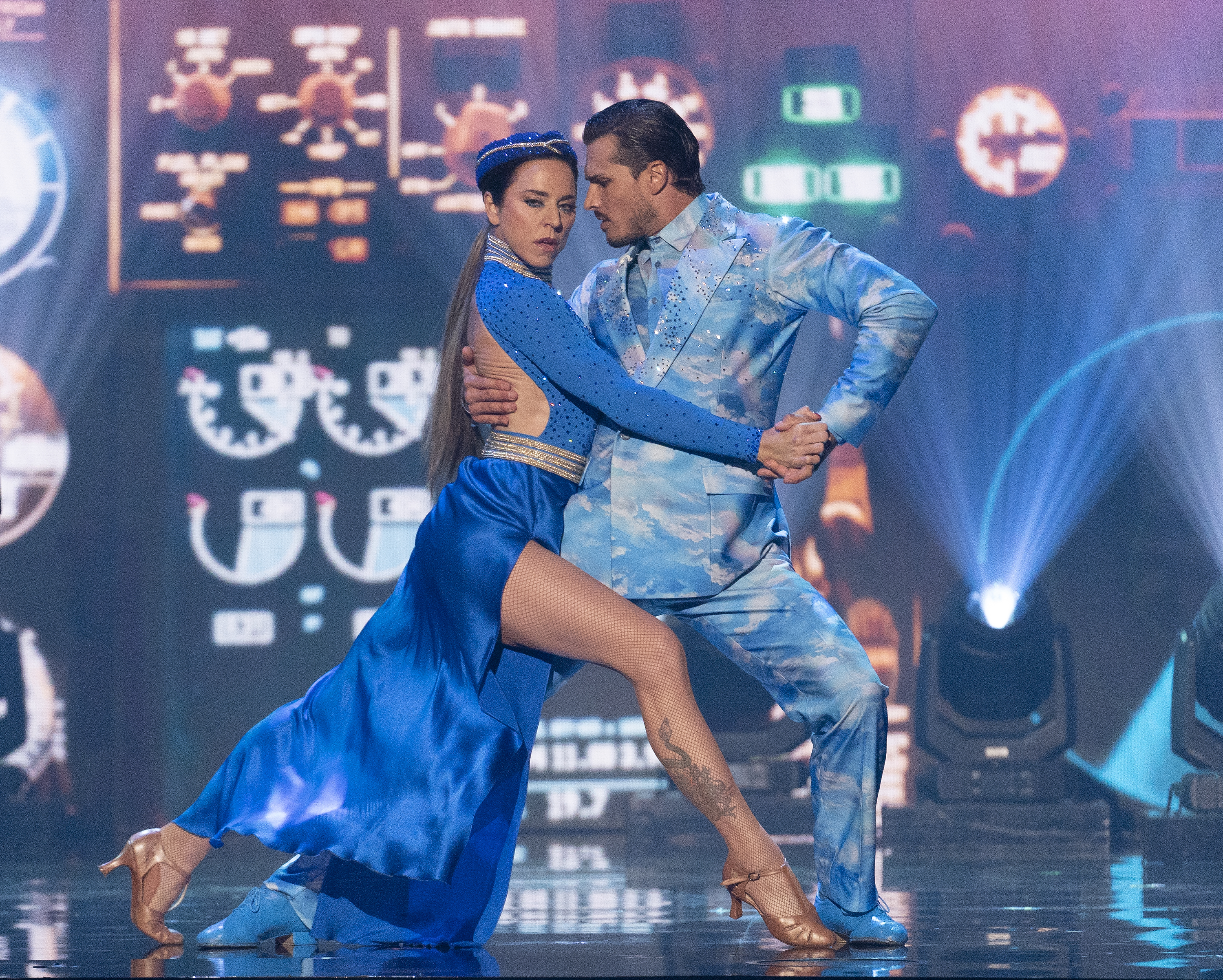 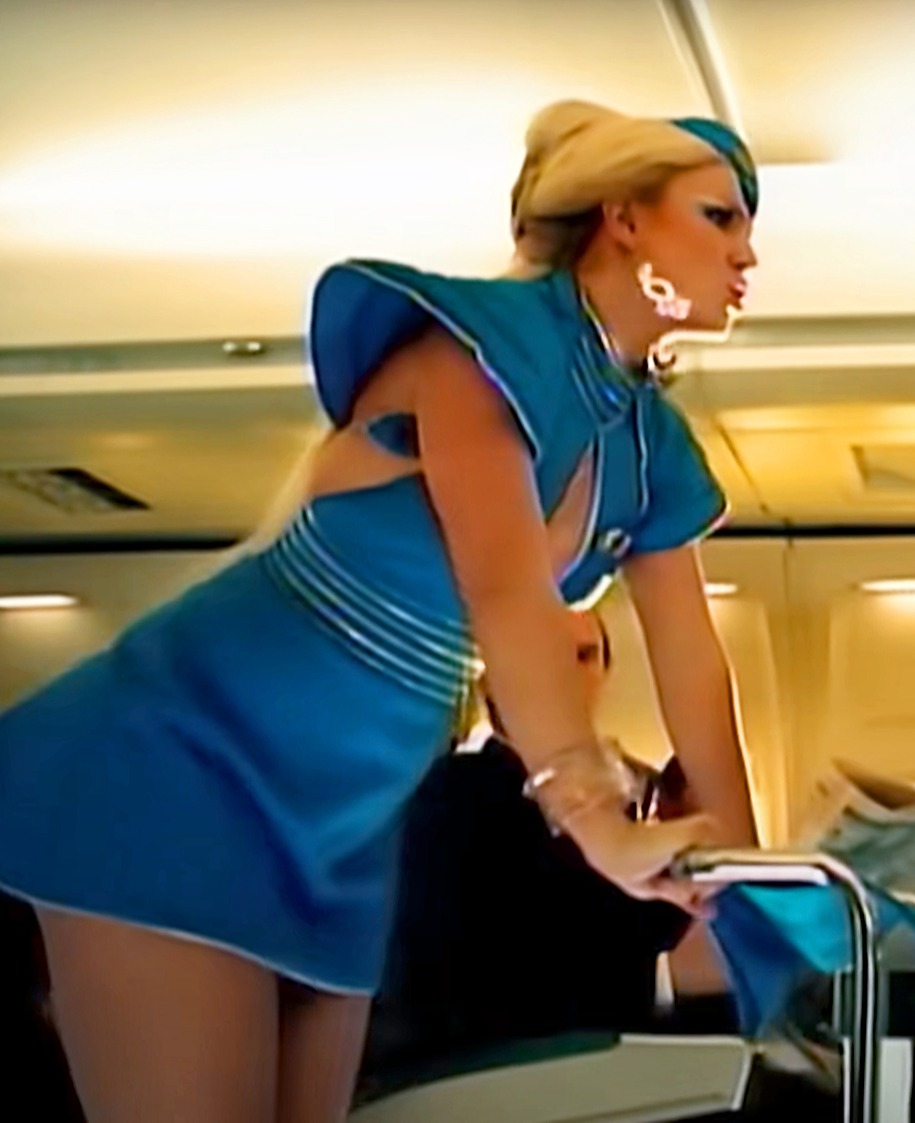 Sporty and her partner Gleb Savchenko impressed the judges and scored 22 out of 30, with Mel saying in a chat afterwards that she identified with Britney.

The fast-paced routine was just one of many performed in honour of Britney on the night. All the contestants dressed as her and danced to her tracks.

It came on the same night Britney thanked fans for helping her fight against her conservatorship. Her dad Jamie was last week removed from it, taking away his control over her life.

Britney wrote on Instagram: “#FreeBritney movement . . . I have no words. Because of you guys and your constant resilience in freeing me from my conservatorship, my life is now in that direction.

“I cried last night for two hours ’cause my fans are the best and I know it.

“I feel your hearts and you feel mine.”

STEPS will win the Icon gong at tonight’s Attitude Awards – and are setting their sights on bagging a first Brit since 2000.

The group, who will also perform at the event at the Roundhouse in London this evening, mark 25 years together in 2022 and believe it’s their record sales that have helped fund a load of industry darlings over the years.

Now they say it’s time their legacy was celebrated elsewhere, despite admitting they have never been “cool.”

In an exclusive chat, Ian ‘H’ Watkins said: “They are all such cool cats involved in the Brits.

“But what people don’t realise is that all of those cheesy, throwaway pop acts that people diss, they fund all of the record companies to introduce the world to ‘cool’ artists and indie artists.

“It’s thanks to us pop guys that the indie artists have a voice and music.”

About the Brits in February, Claire Richards said: “Maybe they will give us some kind of icon award next year.

“That would be nice.”

JUSTIN BIEBER is launching his own range of cannabis joints.

The singer will be charging £23.50 for packs of seven pre-rolled smokes named Peaches, after the title of his No2 hit in which he sings about the drug.

He has teamed up with a company called Palms for the product, which will only be available in California due to the fact cannabis is legal there but not in the UK.

The one-time clean-cut star now says he hopes the launch will help young people – because he is convinced it has done wonders for his mental health.

Justin said: “I’m a fan of Palms and what they are doing by making cannabis approachable and helping to destigmatise it, especially for the many people who find it helpful for their mental health.

“I wanted to make sure that I was doing something with them that felt genuine, and Peaches felt like a good place to start.”

Justin is giving a proportion of the profits to a string of good causes in the States.

He added: “Weed was something that I felt people tried to make me feel bad for enjoying. But I’ve now found a place in my life for weed products that have been beneficial in my human experience.”

JAMES Arthur described his decision to go on The X Factor as “desperate”.

“I was going to be that Kurt Cobain-type figure. So the fact that I ended up going The X Factor route just shows how desperate I got.

“It ultimately came down to the fact I didn’t have the money. I didn’t come from anything.

“If you look around at the industry today, most of them are trust-fund kids.”

On the podcast Tony Bellew Is Angry, James also admitted he felt he had to work harder than other artists to get played.

He added: “I still feel as though I’ve got to work twice as hard as everyone else in order to get that playlist in.

“This is one reason why I’ve thought about walking away from this industry before.

“If I didn’t have 30million monthly Spotify listeners I would be like, maybe I’ve hit my peak, but the numbers are there.”

Kylie in the Mix

A year after their last chart battle, she is releasing an updated version of her No1 album Disco.

This time it features collaborations with Years & Years, Jessie Ware and Gloria Gaynor.

Disco: Guest List Edition will be out on November 12 – the same day as Little Mix’s greatest hits collection Between Us.

The first single is with Years & Years’ Olly Alexander called A Second To Midnight. It is released today.