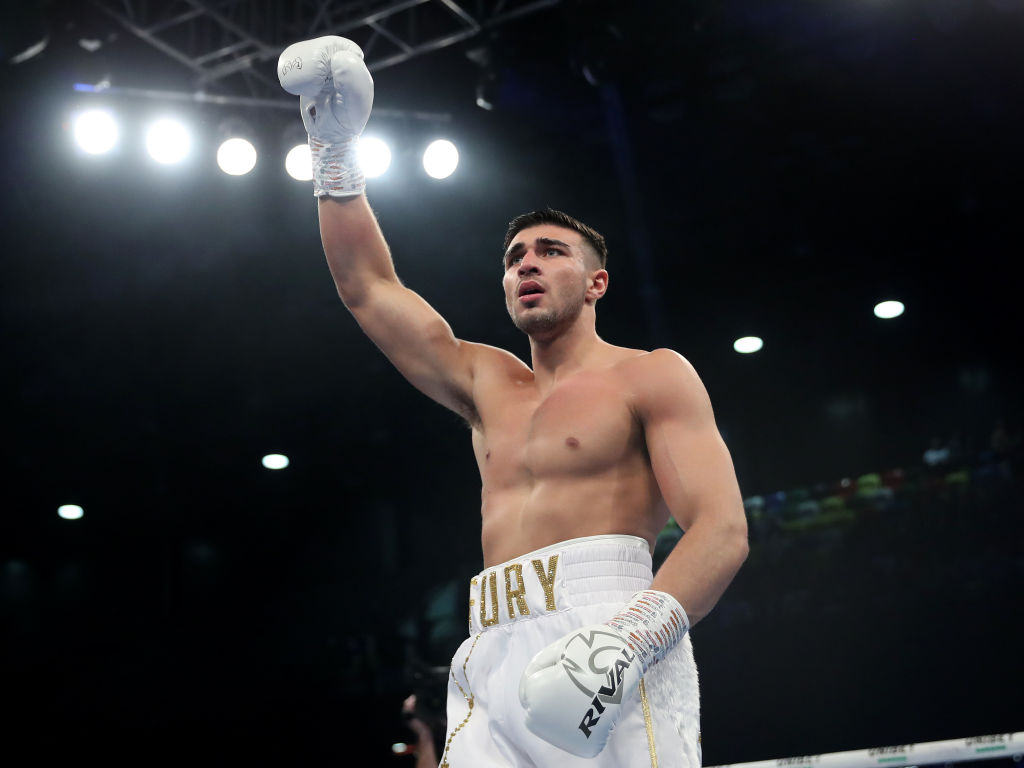 Tommy Fury could be WWE bound after revealing he’s “definitely” going to chase his wrestling dream once he’s done with boxing.

The former Love Island star has admitted he is a big wresting fan and he’s keen to follow in his brother Tyson Fury’s footsteps by stepping into the ring himself in the future.

‘Don’t get me wrong – they’re big men and you can get injured in there, it’s no game. They’re super athletic and it’s right up my alley…

‘Not looking too far ahead, but I would definitely give WWE a run for its money, 100%.’

The 22-year-old boxer recently visited WWE backstage at WrestleMania Backlash with Tyson, where he met the likes of Vince McMahon, Paul Heyman and Ric Flair.

Responding to the idea they looked at him and ‘saw dollar signs’, Tommy added: ‘Hopefully that’s what they were thinking because after boxing, I’m definitely gonna give it a go.

‘Wrestling has always been the number one sport of mine, I’ve always loved it as every kid does. I walked in there, we were backstage, we saw them all off camera, on camera, we were right next to the ring.

‘Literally, that experience for me was probably up there in my top three experiences. I’ve always wanted to do that, and now I’ve done that, it’s amazing.

‘Sitting here now thinking I’ve shook hands with Vince McMahon and all these other wrestlers, watching them as a kid, it’s a crazy feeling. 22 or not, you’ll never get over that.’

And although he admitted he’s tempted by using his TNT nickname in WWE, he suggested he’d be best leaving that side to the company’s mastermind Vince.

He said: ‘I’ll leave that in the hands of Vince. He’s the one that comes up with all the storylines and everything, so I’m sure he could come up with a good one for me.’

Meanwhile, Tyson seems primed for an epic showdown with Scotsman Drew McIntyre, with both stars hyping up a highly anticipated bout.

If you’ve got a celebrity story, video or pictures get in touch with the Metro.co.uk entertainment team by emailing us [email protected], calling 020 3615 2145 or by visiting our Submit Stuff page we’d love to hear from you.