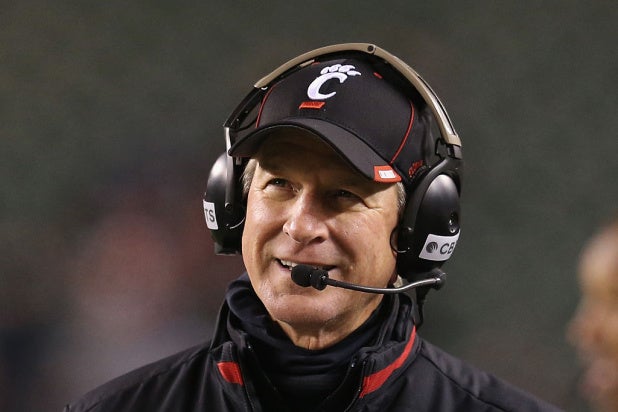 The far-right Tommy Tuberville was elected to one of Alabama’s U.S. Senate seats this week, but you should probably not assume that means he has a meaningful understanding of the electoral process. It’s hard to imagine he does when you take into consideration the strange and illogical tweet the former college football coach posted Thursday in defense of Donald Trump in which he attempted to categorically demonstrate that he may not really understand what’s going on.

Here’s what Tuberville tweeted: “The election results are out of control. It’s like the whistle has blown, the game is over, and the players have gone home, but the referees are suddenly adding touchdowns to the other team’s side of the scoreboard.”

It’s not a great analogy, because the act of counting votes after election day has been standard practice for American elections since the nation’s founding. There’s nothing inherently sketchy about it, because no presidential election has ever had an official winner on Election Day — all we ever get is media projections based on available data. The actual counts are never truly finalized for weeks.

All this is to say that this analogy makes no sense and isn’t valid at all — it’s just Tuberville joining Trump’s conspiracy train.

Naturally, Tuberville’s rather profound political illiteracy got him dragged pretty hard by folks on Twitter. Tuberville has never really been a popular character, thanks to some of his antics from his days as a coach — and a lot of the folks taking potshots on Thursday night brought up some of those stories.

You can read a sampling of the anti-Tuberville Twitter chorus below.

Tuberville is not alone in endorsing these baseless conspiracy theories and baldly attempting to erode the public’s faith in American democratic institutions — conservative pundits around the country have joined the refrain, and Trump himself delivered a lengthy conspiracy-filled speech on Thursday night. ‘Euphoria’s Special Episode Trailer For "Rue: Part 1" Is So Emotional

Pearl Jam’s Stone Gossard Calls Eddie Vedder His ‘Muse’
We and our partners use cookies on this site to improve our service, perform analytics, personalize advertising, measure advertising performance, and remember website preferences.Ok