Top Gear hosts Freddie Flintoff, 43, Chris Harris, 46, and Paddy McGuinness, 47, are returning for their fourth series as the leading stars of the BBC programme. Unlike other episodes of the franchise, the latest action to come from the show was filmed in the midst of the coronavirus pandemic. This means there will be no studio audience for the pre-recorded segments of the show where the presenters get to speak with guests. However, to provide an energetic atmosphere, bosses have relocated filming of these parts from the Dunsfold race track to London’s Television Centre.

Since the programme first aired back in 2002, the presenting line-up in all of its multitudes has hosted the show from Dunsfold race track.

This means the upcoming series will be the first-ever to see the team filming anywhere other than the iconic race track, let alone at London’s Television Centre.

Known for its circular foundations, the courtyard of the Television Centre was transformed to include a ring of 20 supercars surrounding the Helios statue.

In homage to the first adventure the hosts took together to Ethiopia back in 2019, a Mini, Ford Escort and Porsche Boxster also made up the breathtaking backdrop for the pre-recorded “studio” segments. 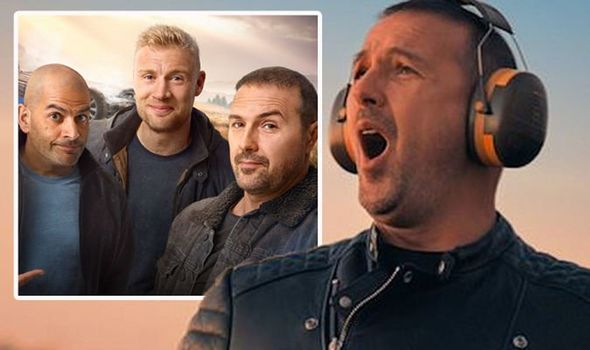 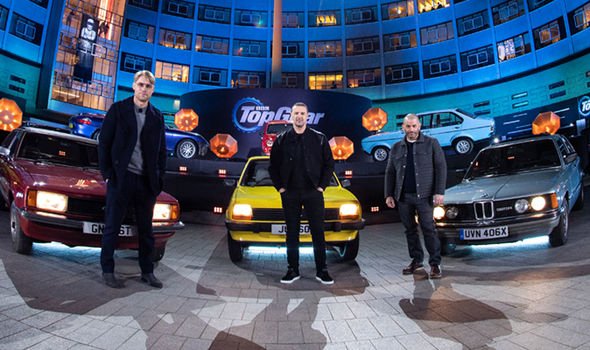 With all the cars on location, this means viewers will still get to enjoy the hosts analysing the latest motors entering into the automobile industry.

“A drive-in with no cars just doesn’t work. An empty hangar at Dunsfold would give us zero atmosphere – and in any case, Top Gear needs a sense of scale.

“So we are really pleased with the Television Centre solution. It’s iconic, it looks beautiful,” she added. 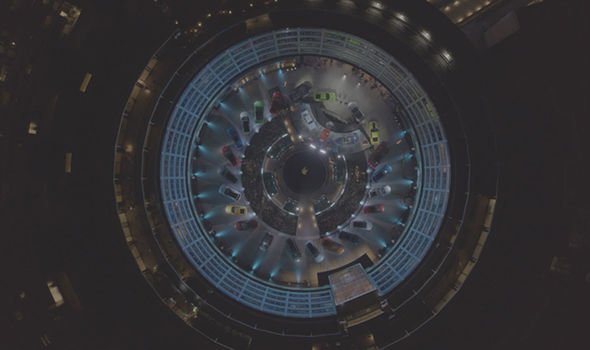 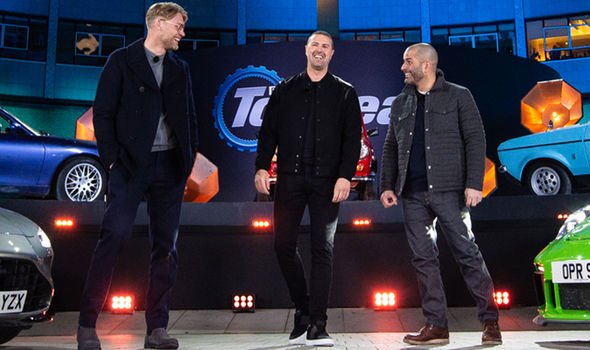 I knew we needed a big rethink

Clare also said: “The production team and local residents give it atmosphere. And it’s also, pretty much, working from home.”

Viewers have already taken to social media to comment on the shake-up to proceedings after the BBC released a video clip filmed with a drone to showcase the new arrangement.

One wrote on Twitter: “Wow! Amazing! #TopGear,” as another added: “That looks stunning.”

There is no official word on when the latest and 30th series of the iconic franchise will arrive on screens.

However, a lot of teasers have been dropped, with the hosts taking on new challenges including the vehicles their driving being dragged at high speeds along a Scottish runway by The Stig.

Fans will also see all three take a trip down memory lane as they take to the road in their father’s cars.

A 30-second trailer was also released earlier this week which shows Paddy channelling his inner James Bond as the team look back at the motors driven in the Hollywood films.

The trio is also seen taking a dip into freezing water whilst wearing wetsuits, with Paddy telling the camera: “At least we’ve still got our dignity.”

Executive producer Alex has addressed why he thinks the iconic franchise is still as popular as when it began airing over 19 years ago.

The show boss said: “It’s all about the chemistry [between the presenters] as we know, and that will continue to grow with each series.”

“With a [this] line up, it allows us as producers to set them more and more challenges that are designed to press their buttons.

“The challenge now is how to top a car bungee [and one that will] scare Freddie Flintoff,” he added.

Top Gear returns later this year on BBC One.