Troy: Fall of a City

As every writer writer knows, sometimes the best way to find new stories is to go back to the old ones, which may explain Netflix's recent release, Troy. Co-produced with BBC One, this eight-part series explores Homer's account of the Trojan War in his epic poem, The Iliad, in which Helen, wife of the Spartan king Menelaus, runs off with Paris, a prince of Troy. Menelaus (Jonas Armstrong) goes to Troy to ask for Helen's return, but when diplomacy fails, he marshalls a fearsome group to get her back, including Odysseus (Joseph Mawle), Achilles (David Gyasi) and Agamemnon (Johnny Harris). 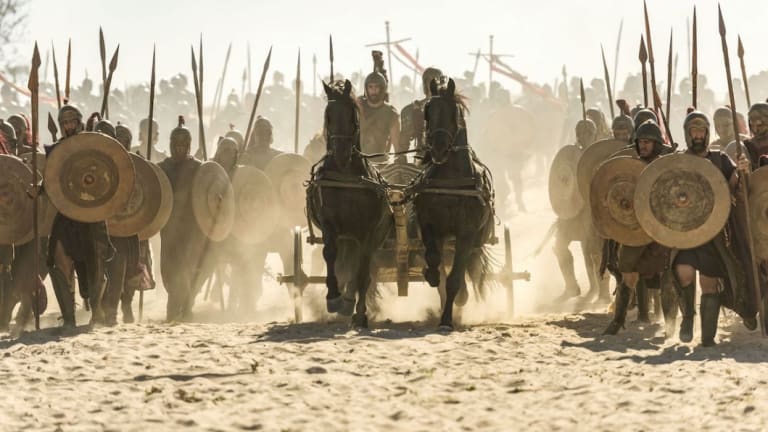 A scene from Troy.

Troy sticks close to Homer's original, including the squabbling between the gods, who intervene in the story's narrative and wager on the fate of their mortal pawns. My Anglo-centric ancient history teacher neglected to tell me that people of colour were actually a sizeable minority in the Hellenic world, so it came as a shock to see Achilles, some street urchins and even Zeus (Hakeem Kae-Kazim) cast as black.

Some Greeks have criticised this as "blackwashing" – they prefer their gods to resemble Brad Pitt – but what they really ought to be attacking is the series' rampant over-acting. Apparently, no one in ancient Greece had a normal, room-temperature emotion. No one said things like, "Hey, sit down Achilles, you're blocking my view." Or, "That's a really nice shiraz, Odysseus. Where did you get it?"

Ultimately, however, it's precisely this over-amped drama that makes Troy such a guilty pleasure. Give yourself an episode or two to acclimatise to the cheesiness, suspend as much disbelief as you can, then let the swords and sandals carry you away.

To read more from Good Weekend magazine, visit our page at The Sydney Morning Herald or The Age.