'True Blood' Reboot in the Works at HBO From 'Riverdale' Creator 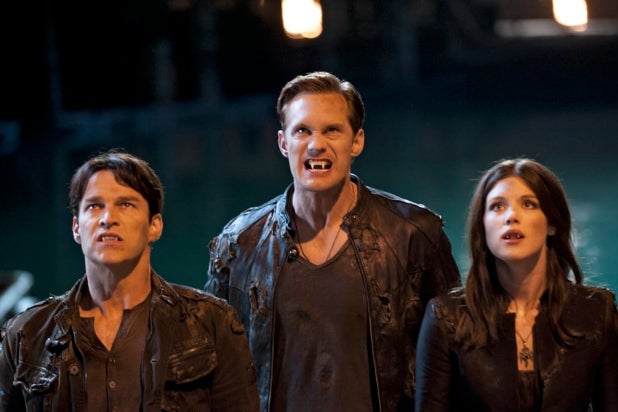 Vampires are coming back to HBO. A reboot of “True Blood” is in early development at HBO from “Riverdale” and “Chilling Adventures of Sabrina” creator Roberto Aguirre-Sacasa, an individual with knowledge of the project told TheWrap.

Alan Ball, who created and served as showrunner on the original series, will return to executive produce. Aguirre-Sacasa will co-write the pilot with Jami O’Brien. Ball was showrunner for the first five seasons.

The series was based on Charlaine Harris’ “Southern Vampire Mysteries” novels and was a major hit for HBO at the end of the aughts. It centered on a world where vampires lived (mostly) peacefully among humans after a synthetic blood substitute was created. It also featured other fantasy creatures including witches, werewolves and telepaths.

Along with “Riverdale” and “Sabrina,” the latter of which is heading into its final season, Aguirre-Sacasa is also developing “The Shelley Society” for HBO Max.

TV Line was first to report on the “True Blood” reboot.