The former contestant, 24, looked incredible in a blue, sequin bikini as she topped up her tan just days after it was revealed by The Sun Online that old faces may return for this summer's series. 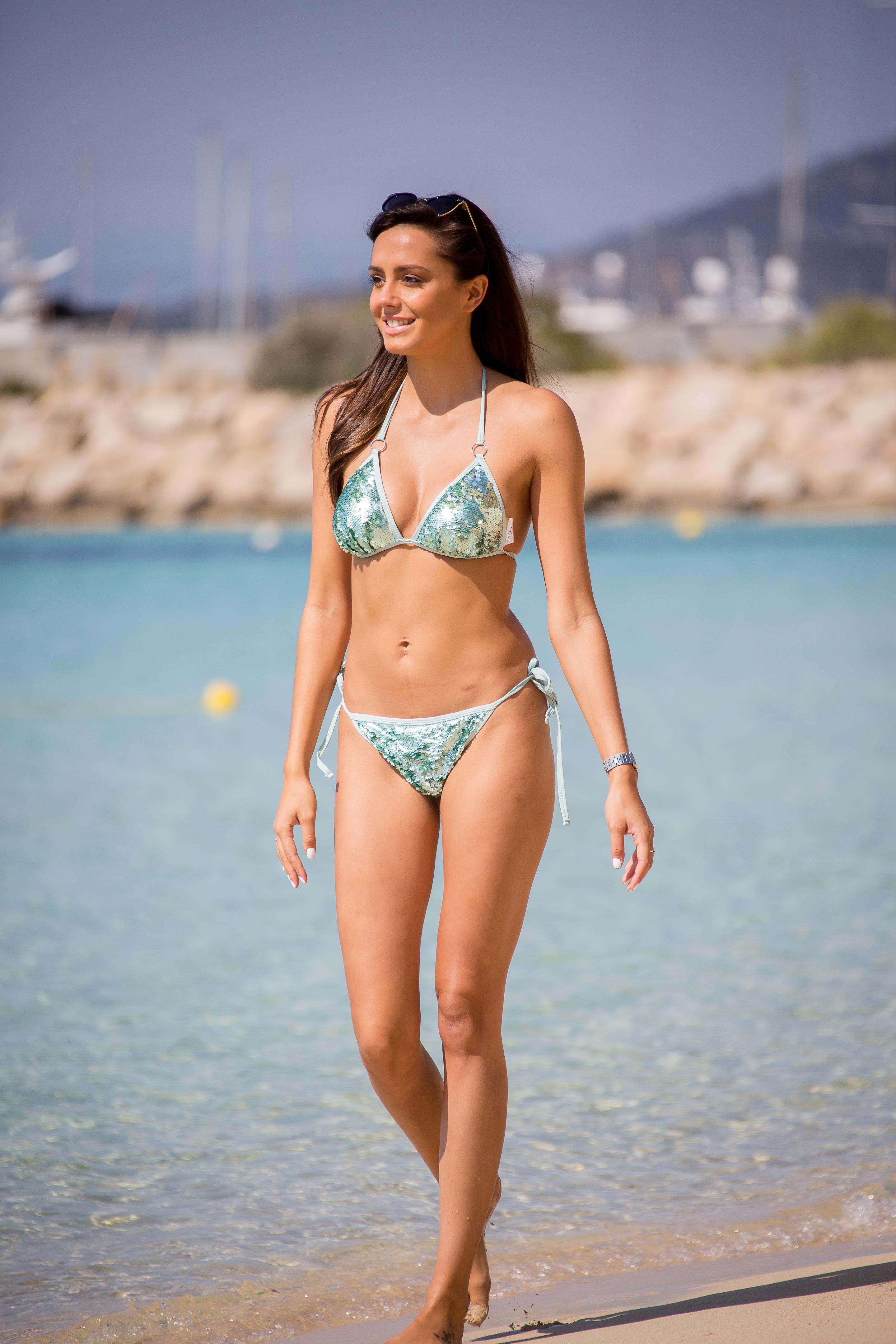 She showed off her incredible figure in the eye-catching two-piece while walking along the sand.

The reality TV favourite kept her look minimal, and accessorised with only a silver watch and pair of dark sunglasses.

At one point Tyla lay on a white towel on the sand to sunbathe.

To ensure she didn't get any tan lines, the star removed her halter-neck bikini top. 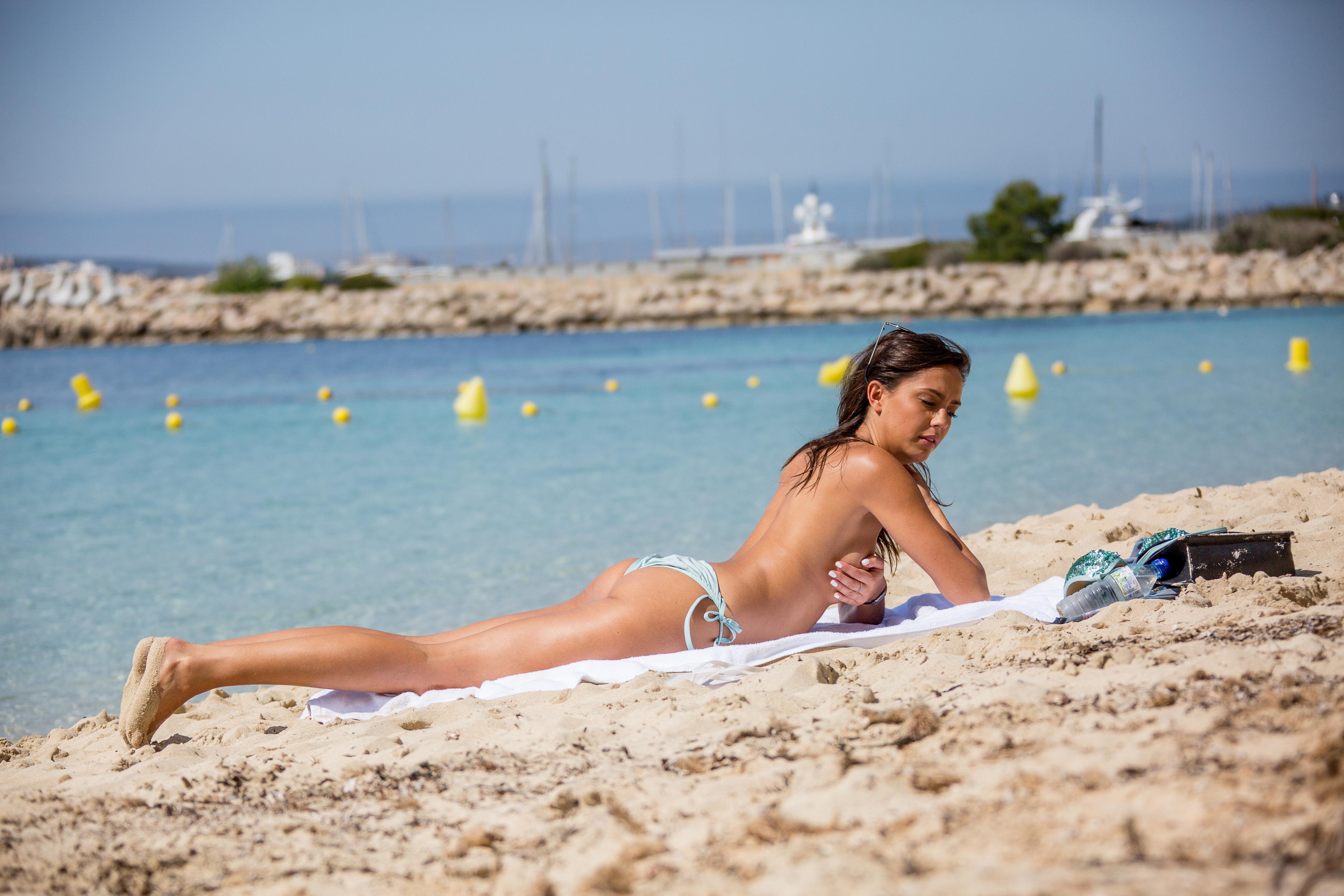 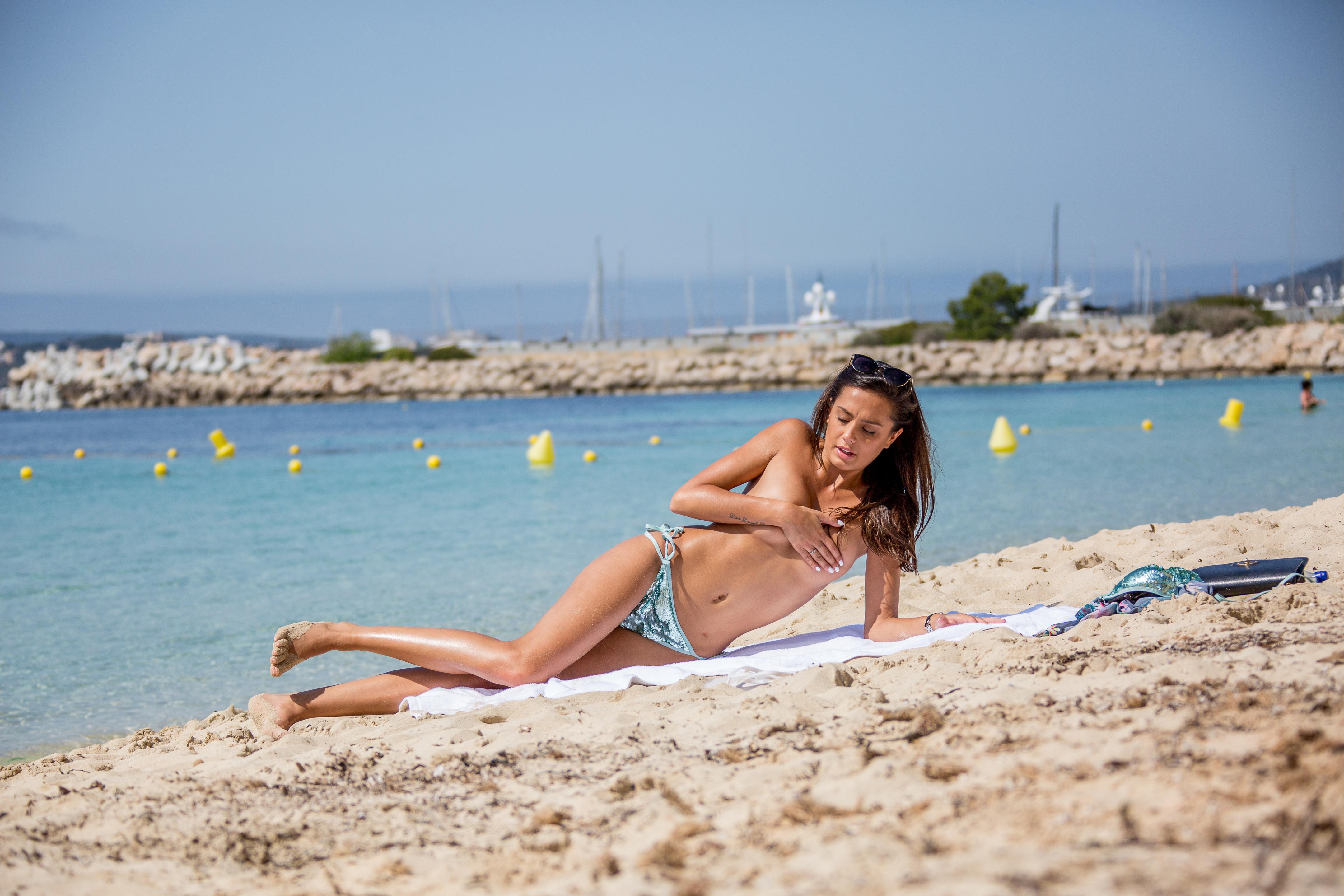 Later on Tyla was seen smiling and taking selfies with her mobile phone.

Her sighting near the Love Island villa just weeks before the new show is due to start adds fuel to rumours contestants from last year's series will make an appearance.

A source previously told The Sun Online: "There have been lots of meetings and ideas are being banded around to see what they could do to make this year more exciting.

"There has been talk of bringing back some of the old cast for double dates with the new stars." 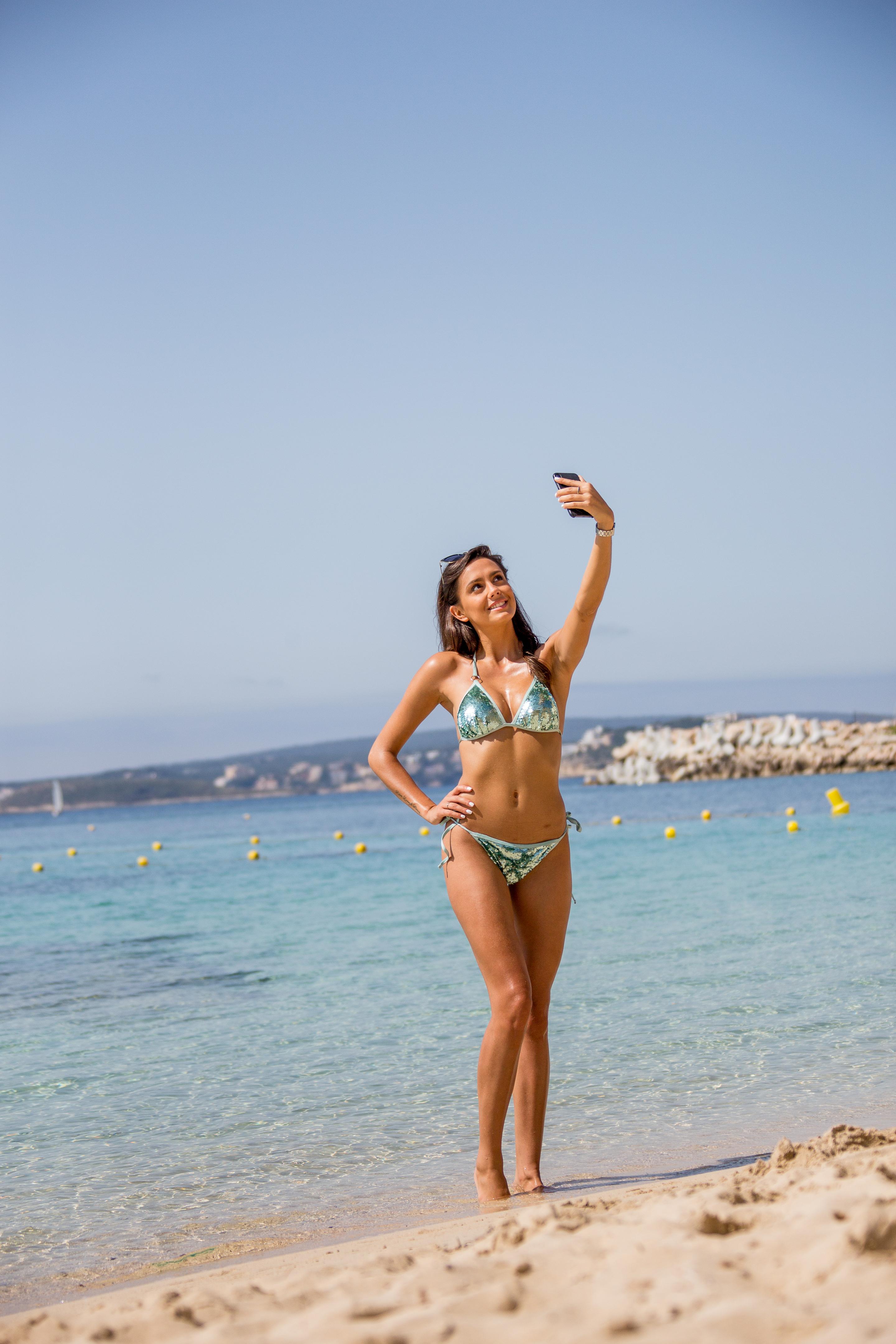 “Given how popular most of the cast were in the last series, it could be an amazing move. And it would be really popular with fans.”

Possible joining Tyla in the villa once more may be Theo Campbell who recently hinted he may be jetting out. 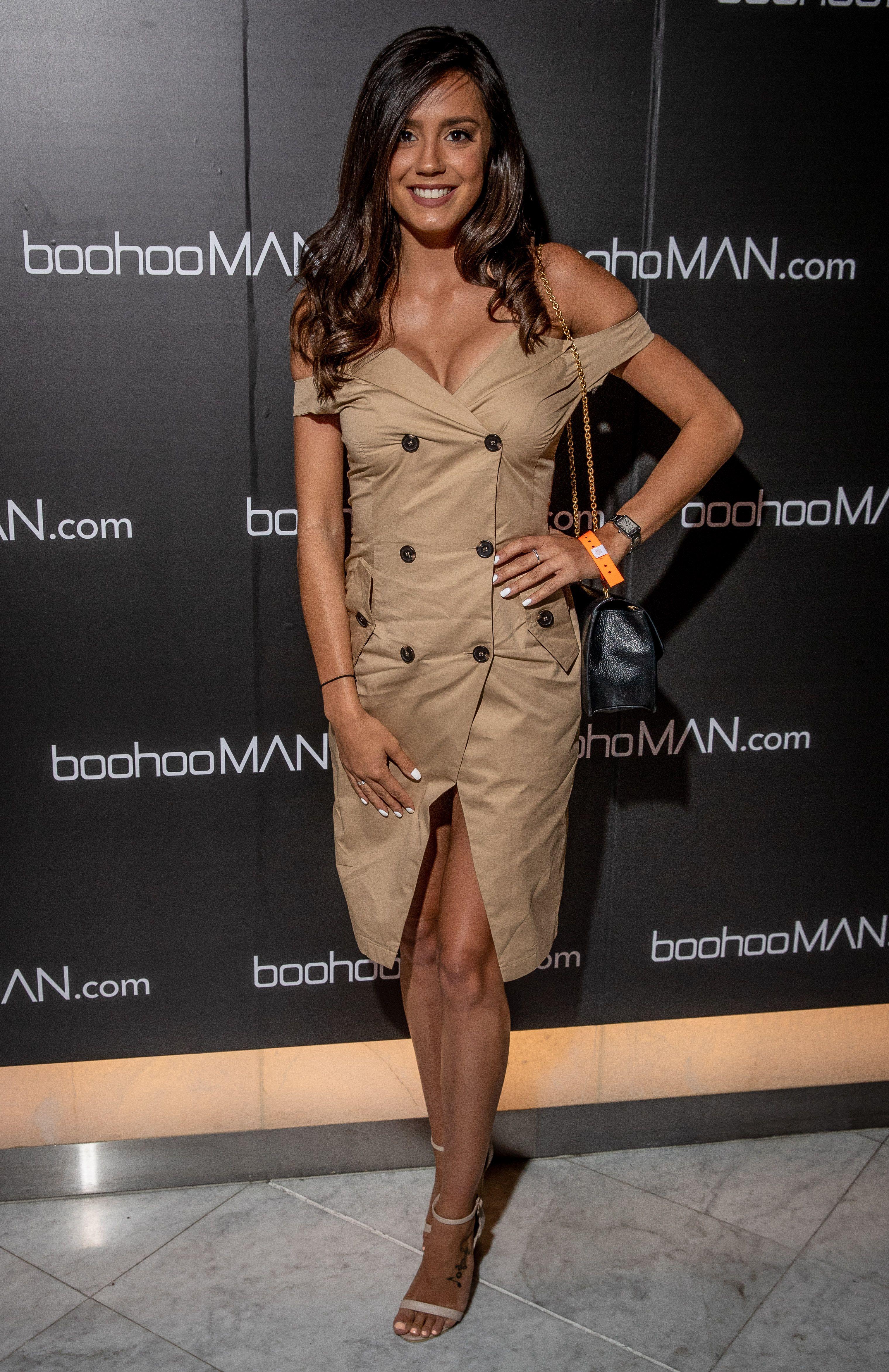 The athlete, who ruffled feathers as a latecomer in last summer's series, appeared to suggest he's going back for round two in a cryptic tweet today.

He wrote: "When I go on this time I'm actually going to try and find love."

With over 100,000 people applying for a place, they’ve been spoiled for choice.

An insider explained: “Love Island was all anyone talked about last year, so this series has got to top it.

“The record number of applicants means they’ve got this huge pool of talent to use."