For decades The Simpsons has delighted us with festive offerings to enjoy amid the holidays, as we feast on turkey, unwrap presents and, this year, enjoy a whole new tier system (’tis the season, indeed) with Christmas episodes dropping in December with great regularity over the decades.

Fans of the earlier seasons will know well how we’ve sadly had but a mere smattering of holiday goodness in the first decade of the show, which many consider to be the best series of the long-running Fox programme.

However, once the showrunners cottoned onto the notion that, much like the Halloween Treehouse Of Horror series, a series within a series is a hit with us predictable chumps.

Some of these instalments punch us in the feelings in a bigger way than a standard episode, which is why we thought, as we approach Christmas 2020, we’d rank the offerings from Mr Groening and co up to the 32nd season (which hasn’t landed on screens in the UK yet).

Top spot: Marge Be Not Proud

This season 11 episode (the 7th, if you were wondering) is what many (MANY) deem to be the best festive-themed Simpsons episode, and while we’re not here to pander to the crowd, we have to agree. Wholeheartedly.

It’s got everything and for a lot of people it really smacks a punch in the emotions gut, as we get the best glimpse of the bond between Marge and Bart after he’s caught stealing the Bonestorm game.

The 1995 episode, which celebrated its 25th anniversary this week with some behind-the-scenes intel, is a real gooden and, if we may proffer, deserves a spot up top when ranking the festive favourites of any TV series.

Sadly it is one of only Christmas episodes in the seasons that are considered to be of the ‘golden era’ of the programme (depending on who you speak with, this usually runs from the third or fourth season through to the 14th, or so).

Be that as it may…Thrillho, need we say more?

While in some ways we want this to be the top spot, being the first ever episode the Simpsons as we know it, but instead it’s sitting pretty, propped up in number two.

Yes, we’re talking season one, episode one. The OG. (Note: by this time we’d already had the short Simpsons Christmas when the series was on the Tracey Ullman show, but we’ve decided not to include it here. Sorry.).

Still it’s an interesting thought to ponder that three decades ago Matt Groening decided the first full-length ep should be centred around Christmas, but it’s an ep that still holds a big place in our hearts and where we see the Simpsons adopting Santa’s Little Helper.

Seems they knew they were onto something special.

Every kid’s worst nightmare, this season nine episode saw Bart burn down the family Christmas tree and all the presents under it after sneaking downstairs early and opening his gifts. After burying the melted tree under some snow and lying about the presents being stolen, the Springfield townspeople came together to give the Simpsons a new tree and thousands of dollars.

That is until it all goes down the drain, they lose everything once more, and we learn the true * meaning of Christmas.

This is another offering from the first decade of the show and is why it’s ranked pretty high on the list – the jokes land right, the feeling is there and the show isn’t trying to be something its not yet.

Grift of the Magi: Fourth

After Springfield Elementary is sold to a toy company in season 11, and its students are mined for research to make a new popular toy in time for the Christmas shopping season, we’re introduced to a Furby-like character that is programmed to destroy its competition.

Special mention goes to Gary Coleman, who made an appearance as a rather peculiar, martial arts-loving security guard.

Despite its Christmas-theme in the end, sometimes the set up of the main crux of an episode trumps the actual main plotline, with Bart and Milhouse dressing up as women and jumping on the bed, singing Sisters Are Doin’ It for Themselves, a highlight that lives on to this day.

The season 12 episode saw Bart, Lisa and their school chums locked in the school with Principal Skinner following an epic dump of snow.

Most of the episode focuses on the school kids running wild after being snowed in, with Skinner going back to his army days in order to try and control the kids martial-style.

While the episode doesn’t focus much on the town’s adults, we do see Ned and Homer’s misadventures as they attempt to save the kids.

It’s a perfectly titilating festive ep, and the double entendre is strong with this one as Skinner, who is being held in a dodge ball bag, then asks the school pet Nibbles to ‘chew through his ball sack’.

That never gets old.

This baby is a season 23 (episode nine) instalment that manages to include some gags akin to its fore-episodes, in order to share a glimpse into the future for our characters.

It’s been reported this episode was written as a potential finale to the show (you know, before it was reviewed for another 250 years) so we do get a lovely, well-rounded look at where everyone ended up – from Bart being a divorcee living in Springfield Elementary, to Lisa having had a family with Milhouse, and Marge still being the most delightful matriarch as per.

For those who shun the later, non-glory-years series, this is a nice reminder that there is still some good to be had with this show yet.

She of Little Faith: Seventh place

This season 13 episode features an iconic appearance from Richard Gere as Lisa converts to Buddhism over the holidays.

In true Simpsons style, it flexes its satire roots well and good by taking a look at religious corporatisation, which is a theme the show has carries through many other festive episodes in seasons to come.

It’s not the best of the show’s festive romps, but it’s definitely not the worst. Which, we suppose, is why it’s in seventh place.

A fun take on How The Grinch Stole Christmas, we see the Simpsons go into Christmas rich AF.

The 15th season festive special is one to rival earlier seasons as the family heads to Springfield Heights Promenade (AKA the fancy shopping mall) after Homer earns a windfall when he sells a rare baseball card.

All goes to flaming heck when Homer – wasting all the family’s money for presents on himself, begins competing with neighbour Ned Flanders to be the most selfless – ends up stealing Christmas after being swayed by some well-meaning Buddhist advice.

It’s another classic case of Homer trying to be a nice person and enraging the townspeople in the proces – ’tis not the first time and ’tis not the last.

In that way, though, it’s a nicely plotted episode that fits into the usual Simpsons canon. Which is what makes the fans happy (it’s when the showrunners try to do something out of the ordinary we revolt…).

The Fight Before Christmas: Number nine

A series of other small stories make up the season 22 festive instalment, including when Bart goes to the North Pole and Marge goes to war (Inglourious Basterds reference to boot). Plus a lovely little cameo from Martha Stewart to take us out as she turns the Simpson house into a winter wonderland.

Let’s just not mention the ending which involved a Muppet Show-sitcom-hybrid riff and Katy Perry in a Simpsons-themed vinyl dress.

Poor ol’ Gil has made many an appearance in the Simpsons’ festive specials over the years, and, in a nice twist, this one focuses on a mean-spirited Marge.

This season 18 episode has perpetually-unlucky Gil overstaying his welcome after being allowed to sleep on the couch of the titular family’s house after losing his job on Christmas eve.

While it’s not the most joyous or uplifting of the Christmas collection, it is always nice to see ever-patient Marge have her temper tested. And lose it.

This season 17 outing is a Treehouse Of Horror-style mash-up of various tales, including a perfectly fine retelling of Nativity, before launching into a story involving Mr Burns, Grandpa and Santa, as well as a rather melancholy Moe tangent.

Many have heralded this episode a gooden in this period of the series. However, for us, unfortunately while the majority of the three-story-episode instalment of the Simpsons are welcome additions (especially at Halloween), this one just misses the mark.

I Won’t Be Home for Christmas: 12th place

The season 26 festive episode is a rare depressing one, which sees Homer leave his home after feeling he’ll be a burden on his family for Christmas.

From seeing the main character sleeping rough, to all the elderly in Grandpa’s retirement village desperate for visitors on the holidays, this one hits like no other.

While it’s no winner in the large collection of episodes in which Homer and Marge’s marriage is tested, it has its charming moments (and has a nice ‘whoops my finger slipped’ Treehouse Of Horror VII throwback).

The Nightmare After Krustmas: Unlucky number 13

We always look forward to the festive opening titles of the Simpsons and this one doesn’t disappoint, with religious and festive tale-themed credits. Burns as Ebenezer Scrooge will always make sense.

The season 28 ep starts with poor Reverend Lovejoy apparently losing the interest of his congregation then goes on to focuse on Krusty converting to Christianity.

Sadly it’s one that has long divided fans – with some believing it is a whole bunch of nothingness, and others appreciating the Christmas episode finally focusing on a secondary character.

After Marge sort of loses it after attempting to get the family a smart TV in the Black Friday sales, the Simpsons take off to Florida and get a room at the Kissimmee St. Nick Theme Park and Resort.

It’s not the most Christmassy of the Simpsons episodes, but special props do go to the Family Guy gag and thed name-dropping of Hamilton.

Probably no surprise it doesn’t rank super high…perhaps something to do with it being the 30th season more than anything.

In season 25 the Simpsons turn their home into a bed and breakfast in one of the more random Christmas episodes.

It’s more festive than other episodes that rank higher, however it’s a bit of a nothing episode that mashes a bunch of characters together to tell a story we’re not sure had any clear conclusion or meaning.

The fact the couch gag is extended for two minutes shows us that perhaps even the writers had no idea what to do with this one.

In this episode again the Christmas isn’t laid on thick, as Bart ruins the festive season after falling down a manhole.

Turns out he has tumbled into a very out-dated military instalment, including an incredibly destructive and could-go-off-at-any-minute weapon.

His nemesis Sideshow Bob makes another appearance – as he is want to do in the Christmas episodes – as he manipulates Milhouse to tell him where Bart is.

Sadly, it feels like the only holidays involved in this season 29 escapade is the festive-themed titles. That’s it.

Here we’ve got Bart’s enemy Sideshow Bob seemingly giving up decades of trying to kill the 10-year-old to spend the episode trying to prove he’s changed his murderous ways.

The 10th episode of the 31st season doesn’t hold a candle to the earlier episodes by far, but, hey,we can’t expect the showrunners to be pumping out Christmas classics decades later without missing a beat, right?

Still, we have tried really, really hard not to keep saying ‘the newer episodes are nothing like the older ones’ too many times…

The Simpsons, seasons one to 31, is available on Disney Plus. 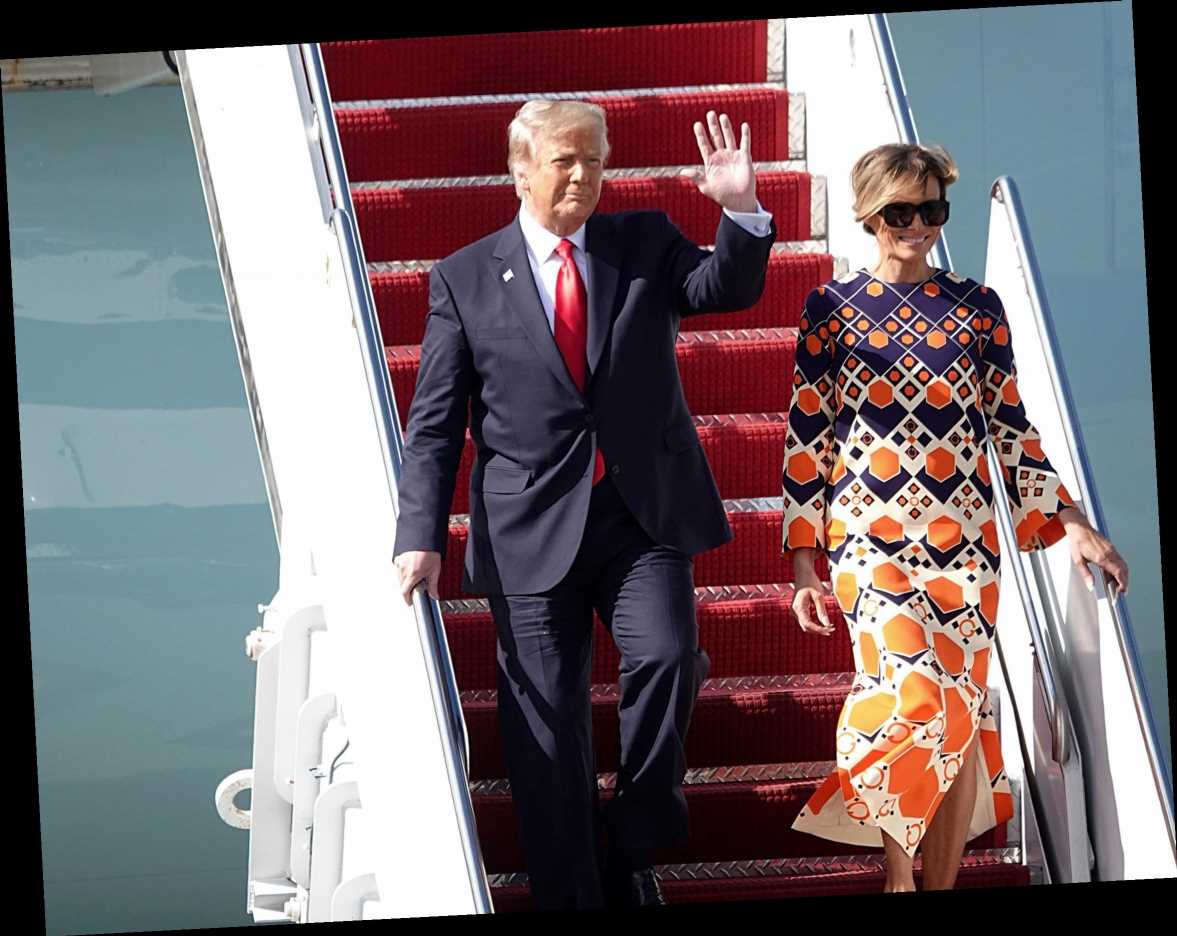 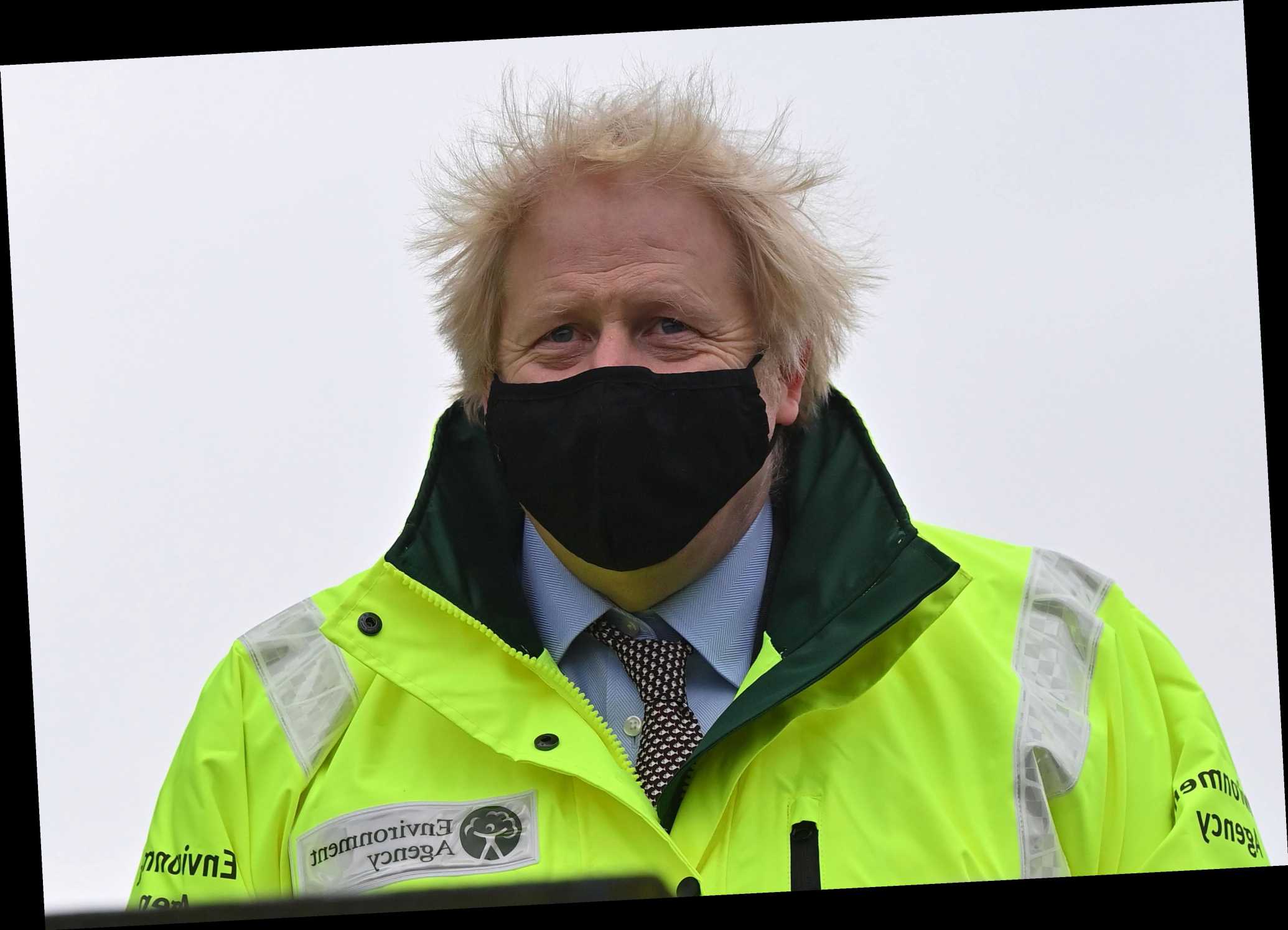 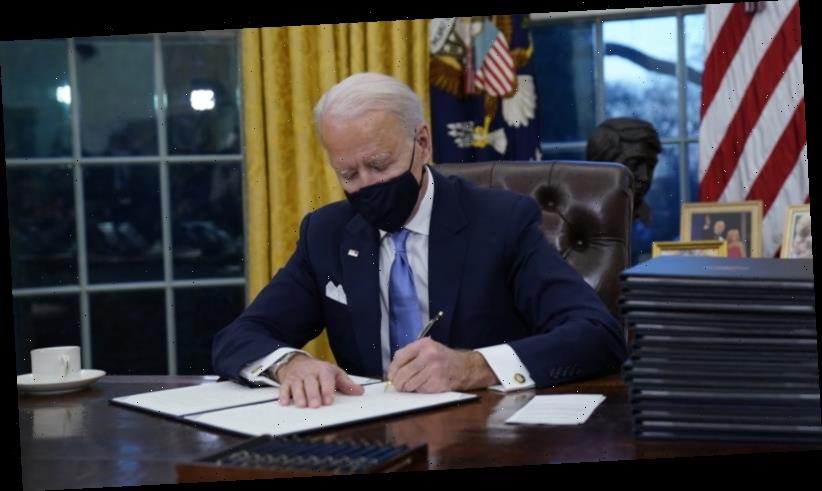 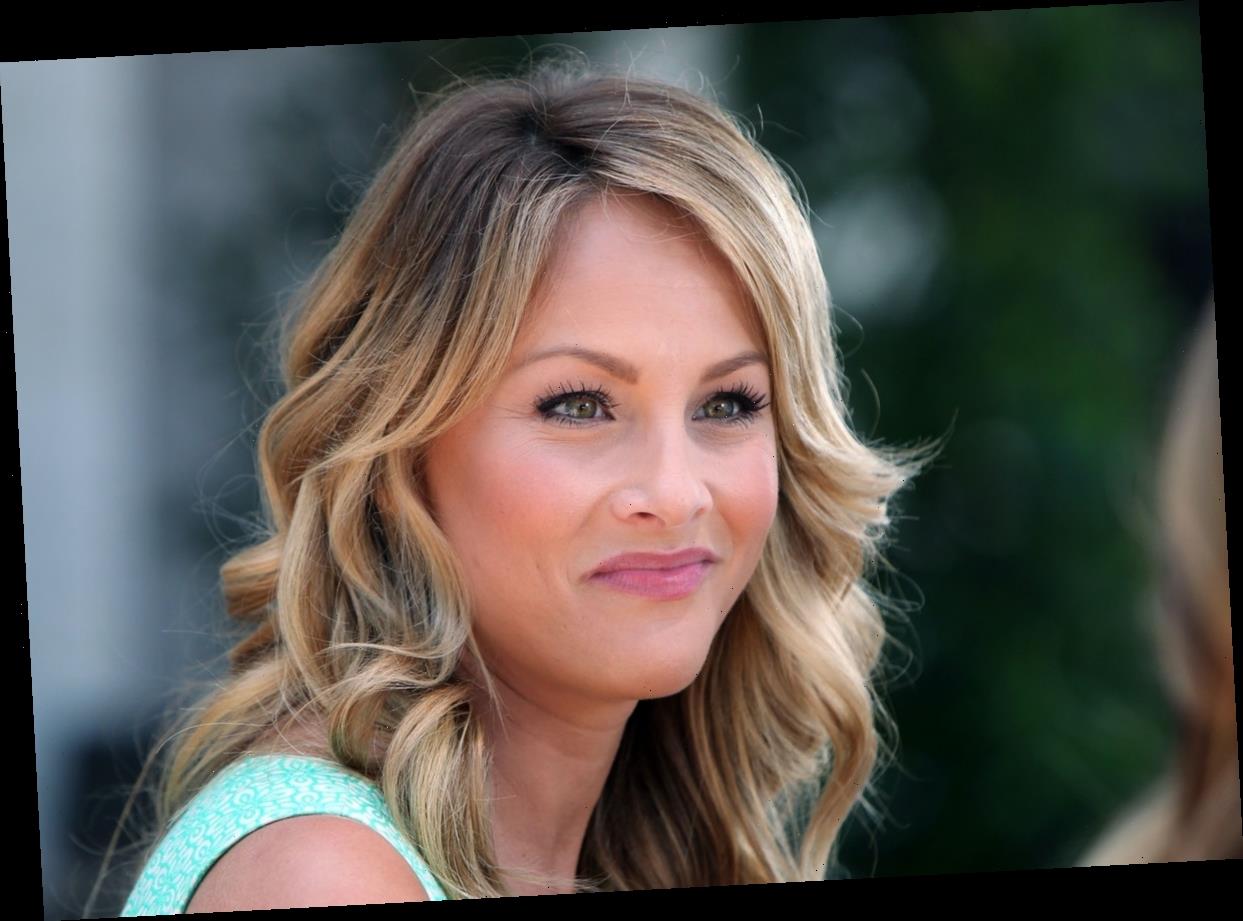 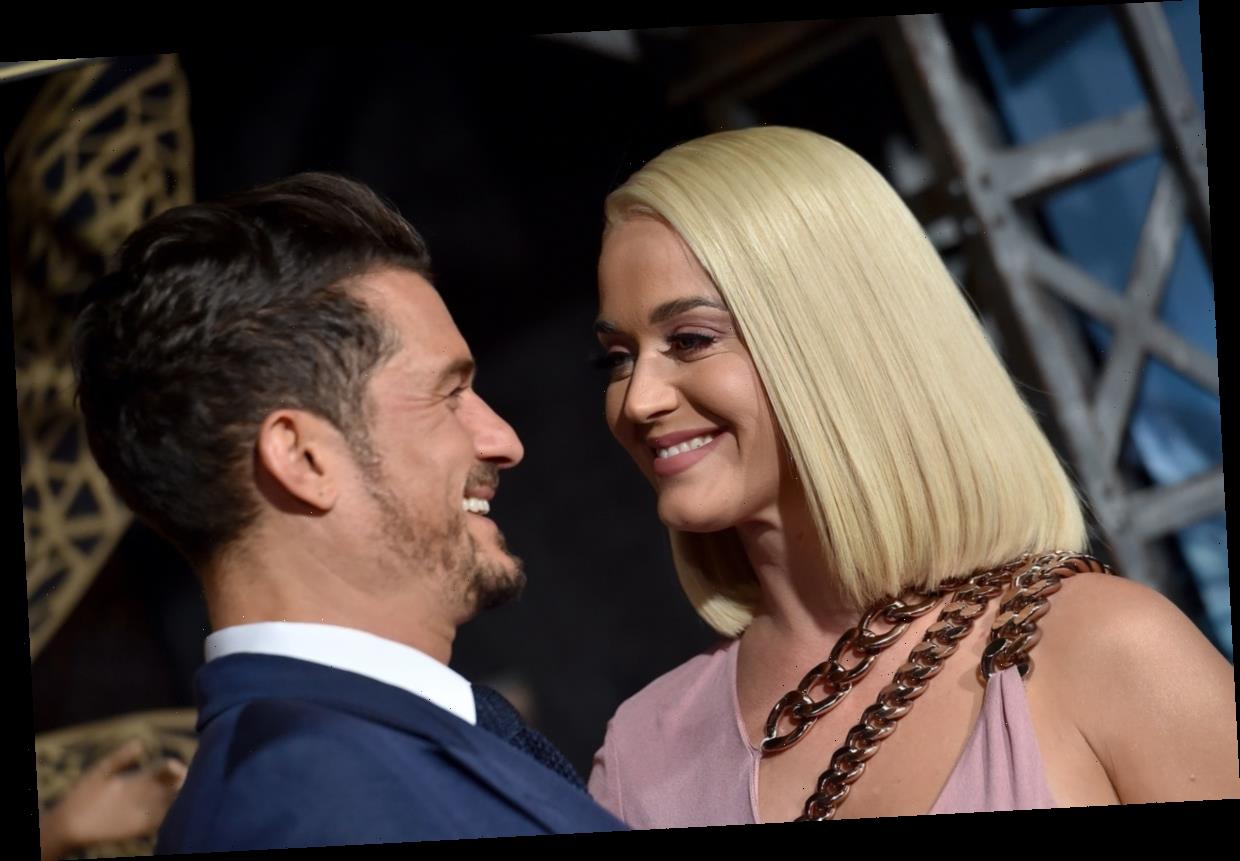 Dakota Johnson Reveals the Age Melanie Griffith Took Her For Bellybutton Piercing, Plus See How Many Tattoos She Has!
We and our partners use cookies on this site to improve our service, perform analytics, personalize advertising, measure advertising performance, and remember website preferences.Ok