Nish Kumar, stand-up comedian and presenter, best known for his political satire, was a special guest on Saturday Kitchen this morning. Though, his discussion of okra and courgettes in cakes led fans to Twitter to brand his segment unfunny and annoying.

Matt got off to a hilarious start when speaking to Nish early in the show, with Nish saying: “I’m so happy to be here, I promise to be incredibly balanced.”

“As is your way,” Matt replied.

“As is my way. I am nothing if not balanced. I’m a human see-saw,” Nish joked. 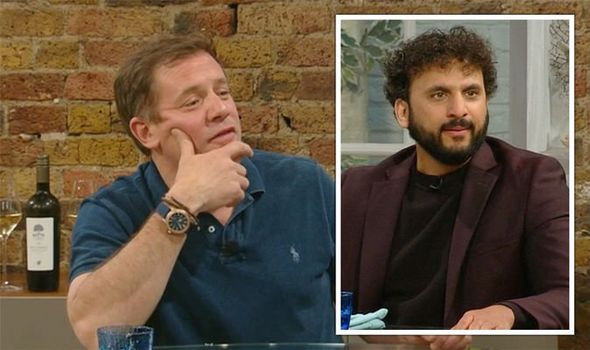 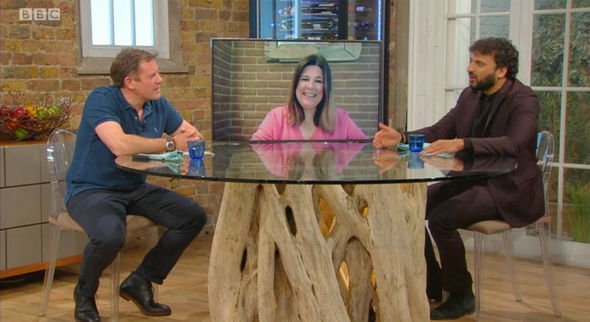 During his appearance on the show, viewers were quick to take to Twitter in a backlash against Nish’s segment.

Upon seeing who the guest was, one user tweeted: “#Saturday Kitchen Urgh Nish Kumar. No thanks. Over to #JamesMartin.”

James Martin hosted Saturday Kitchen from 2006 to 2016, and he now has his own rival show on ITV, Saturday Morning with James Martin. 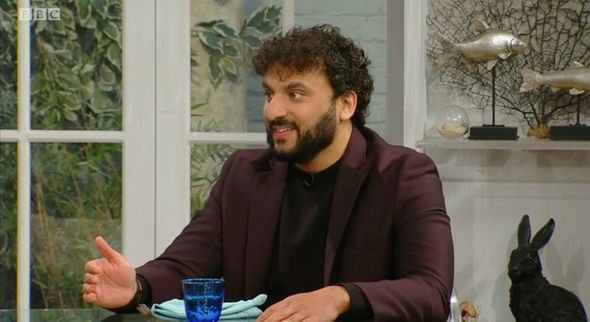 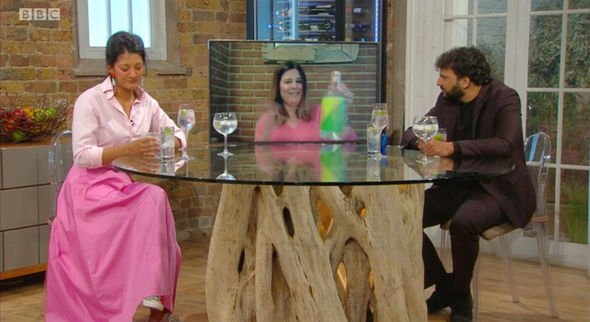 People on Twitter continued writing their complaints, with a third tweeting: “Turns over to @saturdaukitchen sees #nishkumar turns back to #jamesmartin.”

Despite the backlash online, Nish continued his chat with Matt asking him: “It’s fair to say you’ve just kind of got into food, haven’t you during lockdown?

He replied: “What’s basically happened is, my household, my partner and I, we were never great cooks.

“We eat out a lot and, obviously, after the pandemic, after everything became awful, for want of a better phrase.

“Just for balance, after everything became amazing, I don’t know,” Nish joked.

“We started having to cook so we spent the last year basically learning how to cook.”

“At this point, I can honestly say that some of it is fine,” he continued, laughing.

Nish continued by saying: “She’s shown a great aptitude for it than I have. My aim when i make food is, you know, her aim is can I get the flavours right, can I get something to taste good?

Matt laughed, adding: “Right, will this make me ill?”

“My aim is no diarrhoea! That’s always my aim, if I can get something that would get one of those green stickers that says one out of five health codes. As long as I get a one out of five, that’s all I ever ask for,” Nish continued.

As Saturday Kitchen continued, some viewers were confused by the complaints online, with a user writing: “Nish Kumar on Saturday Kitchen Live. Cheering us up this morning. #fairandbalanced.”

One also wrote: “Nish Kumar is great. Absolutely rattles the knuckle draggers doesn’t he. What a bloke. #SaturdayKitchen.”

After Matt compared him to Ben Elton for his finger pointing and anger over vegetables in cakes, Nish joked: “But he was talking about Thatcher, whereas I’m talking about the big issues, courgettes in cakes.”

He also revealed his great love of okra, adding: “The other thing is probably the most like consistent food in my entire life is okra. I didn’t realise how widely disliked okra is.”

Saturday Kitchen Live airs every Saturday at 10am on BBC One.