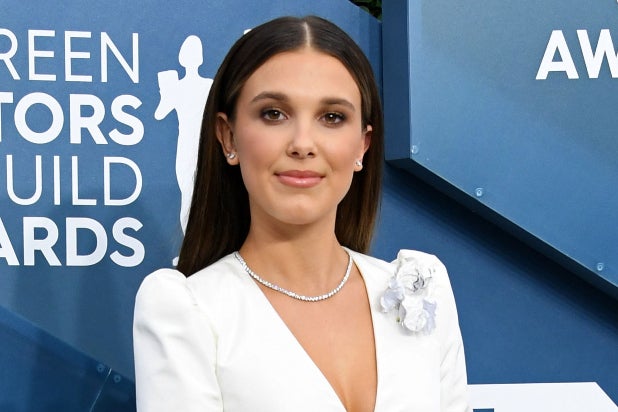 “Stranger Things” headliner Millie Bobby Brown is attached to star in Universal Pictures’ “Electric State,” based on the graphic novel by Simon Stålenhag, according to an individual with knowledge of the project. Anthony and Joe Russo (“Avengers: “Infinity War,” “Endgame”) will direct and produce through their AGBO production banner.

Set in an alternative future, “Electric State” centers on a teenage girl (Brown) who realizes that a strange but sweet robot has been sent to her by her missing brother. She and the robot set out to find the brother in an imaginative world of humans mixing with robots, uncovering a grand conspiracy in the process.

“We’re thrilled to have this deal with Universal who has committed to a theatrical release of ‘Electric State,’” Joe and Anthony Russo said in a statement to TheWrap. “This is incredible news for us as filmmakers, and for audiences around the world who want an opportunity to experience film in theaters again. This is also a positive sign that, as vaccines become available, the theatrical market is returning.”

Andy and Barbara Muschietti, who are prepping “The Flash” for DC FILMS, are attached to produce “Electric State,” as is Mike Larocca under AGBO.

Brown, who is currently in production on the fourth season of “Stranger Things,” will next be seen in 2021’s “Godzilla vs Kong.” Her other upcoming projects include “Damsel,” “A Time Lost” and “The Girls I’ve Been.”