The couple were joined by their four children, Brooklyn, 19, Romeo, 16, Cruz, 13 and Harper, seven, as well as their parents and cousins. 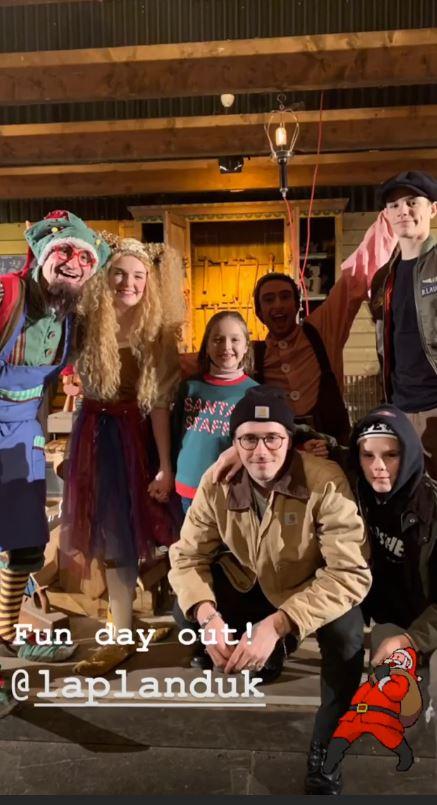 Victoria, 44, filmed husband David, 43, listening to a story from an elf, before they cuddled up for a picture.

The fashion designer also shared a clip on her Instagram Stories of her husband decorating gingerbread men with Harper and joked: "Not sure who is having more fun decorating cookies."

The family then had the chance to meet the man himself, Santa Claus, with Harper clearly excited to be sat next to him.

After checking his list, the family sang Jingle Bells before posing for a group picture. 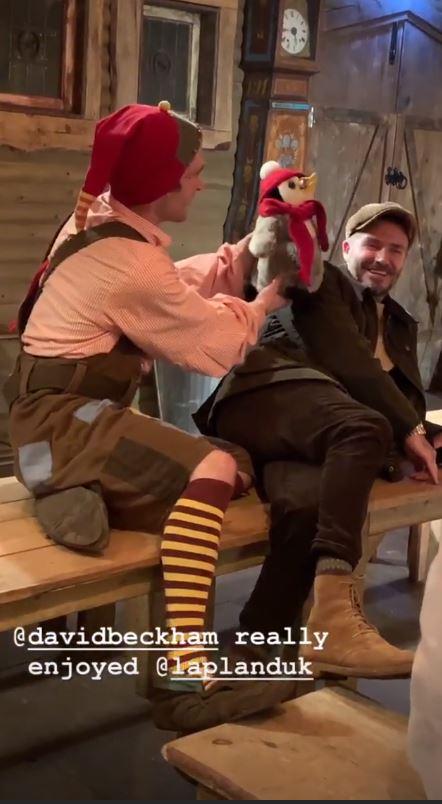 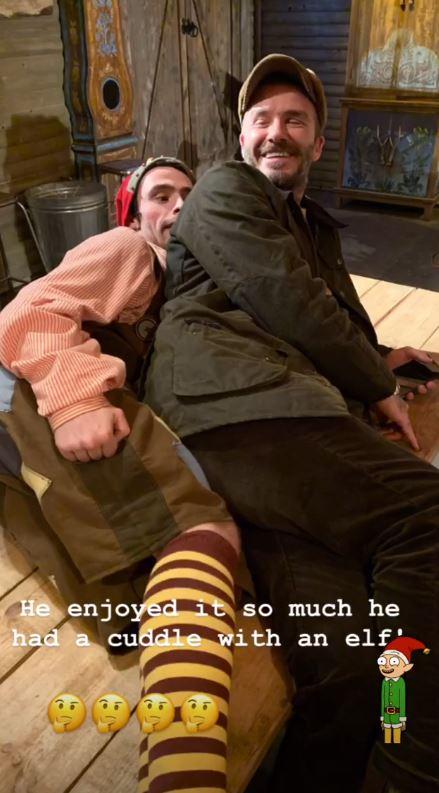 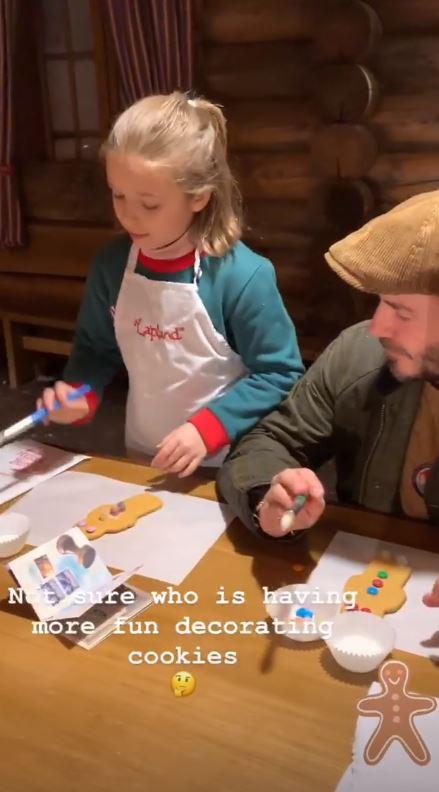 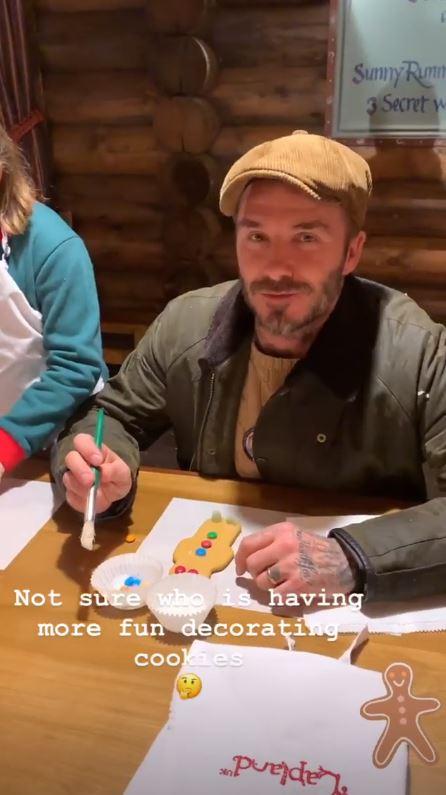 Victoria wrote alongside it: "Nana and papa with (almost) all their grandchildren."

The family then headed off to make cuddly toy penguins, and Victoria showed off her efforts, saying: "I'm very proud of the penguin I've just made, and he's actually eating a fish, not smoking."

David also got in on the action, sharing his own snap of Harper with Santa, writing: "Come on Santa we know she is on the good list."

He also posed for a snap with eldest son Brooklyn, and called him a "handsome boy" in his post. 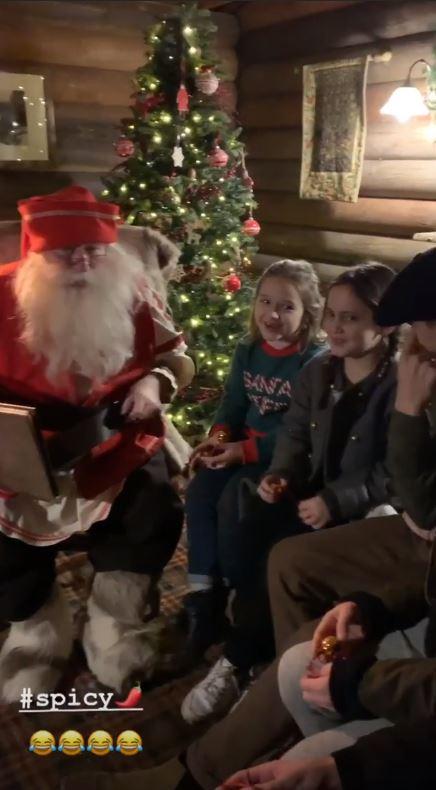 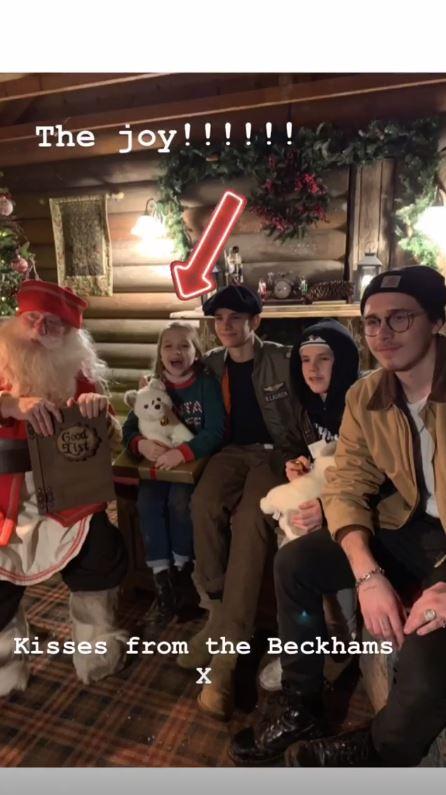 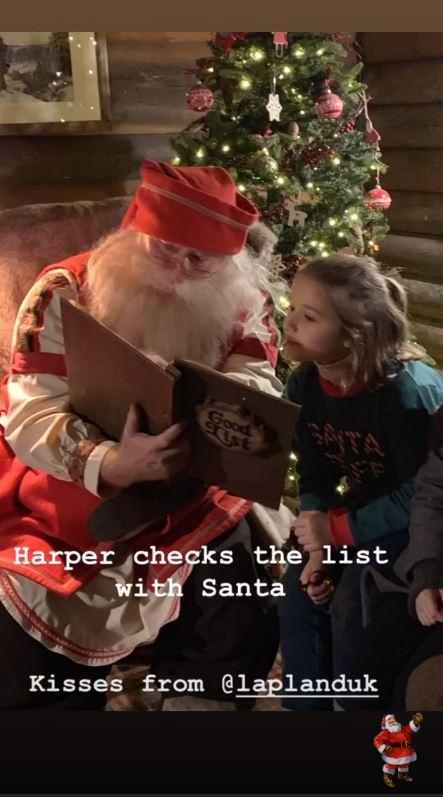 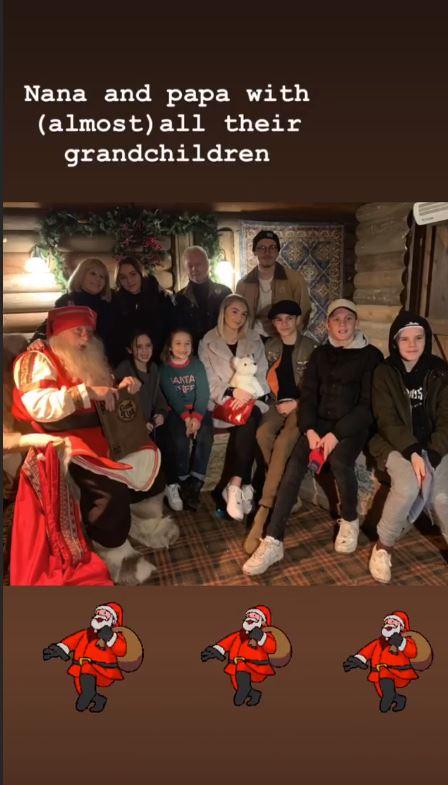 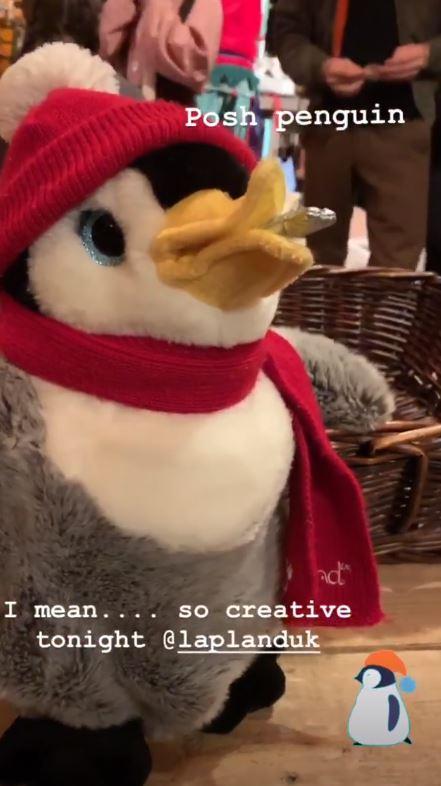 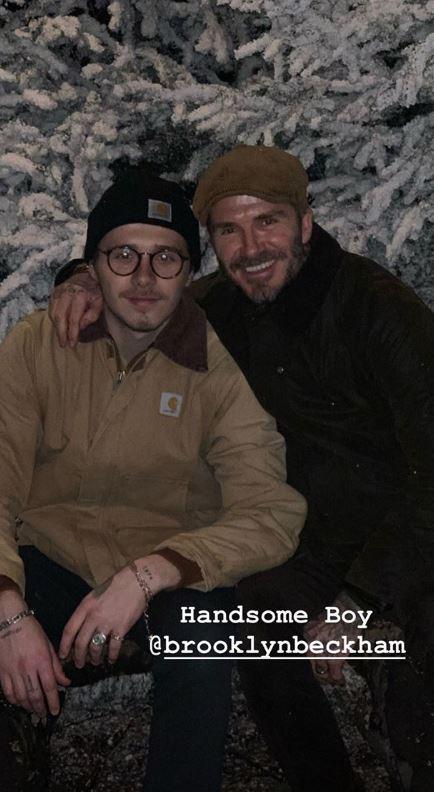 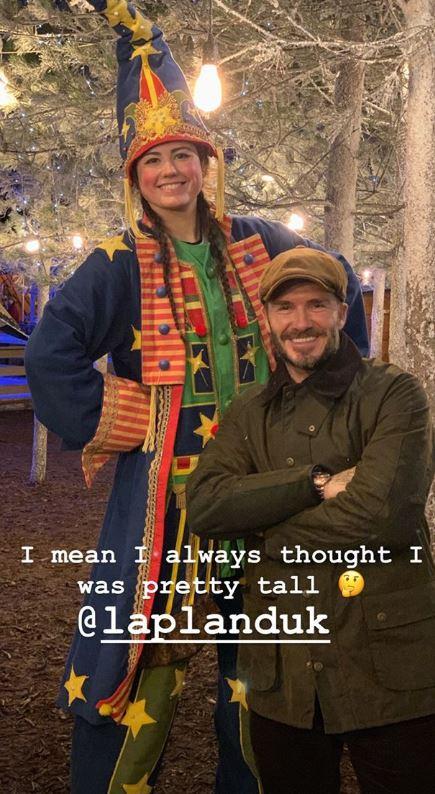 The former footballer then posed with a lady in full Lapland costume, and as she towered above him he joked: "I mean I always thought I was pretty tall @laplanduk."

David had lots of fun filming his kids during the day, sharing footage of Harper ice skating before laughing his head off at Brooklyn and Romeo dancing to a song called 'Busy Elves' which was sang to the tune of Jingle Bells. 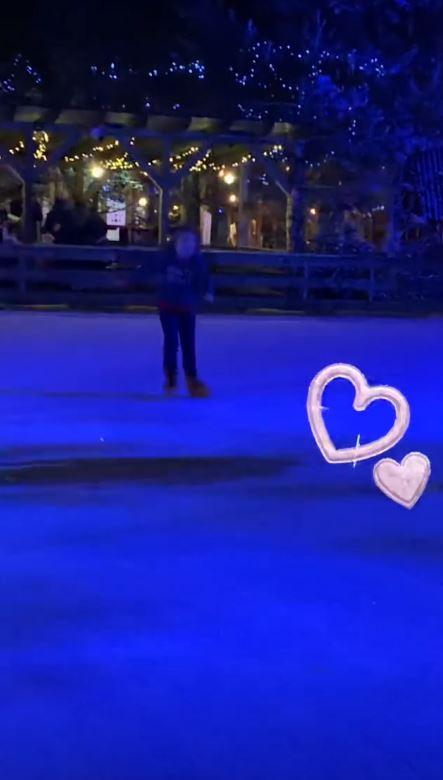 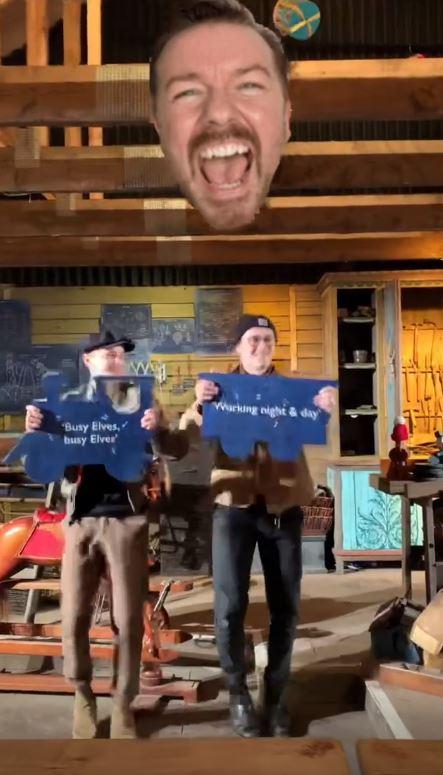