Filmmaker was a second unit director on “Star Wars: Episode IX – The Rise of Skywalker” 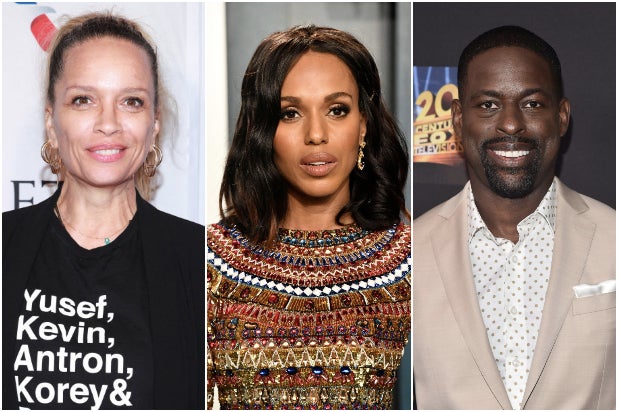 Mahoney has worked extensively in TV on shows like “Power,” “American Crime,” “Grey’s Anatomy,” “Queen Sugar” and most recently “Lovecraft Country,” but she became the first woman to ever direct on a “Star Wars” film when she served as a second unit director on “The Rise of Skywalker.”

Mahoney will direct “Shadow Force” from a script by Leon Chills and Joe Carnahan about an estranged husband and wife with a bounty on their heads who must go on the run with their son to avoid their former employer, a unit of shadow ops that has been sent to kill them.

Washington and Brown are also both producing “Shadow Force” through her Simpson Street production company and his Indian Meadows Productions, as is Stephen “Dr.” Love through Made With Love Media. Simpson Street’s Pilar Savone is also producing.

The film is executive produced by Indian Meadows’ Danielle Reardon, Jennifer Wiley-Stockton and by Katherine Atkinson.

“Victoria is one of the most impressive and in-demand directors working today,” Erin Westerman, president of production for the Lionsgate Motion Picture Group, said in a statement. “Like with all of her work, she will bring iconic action, warmth, style, and gravitas to ‘Shadow Force.’ We know she, along with Kerry and Sterling and the talented production team will elevate this exciting production.”

“We are absolutely thrilled to be working with Victoria Mahoney,” Washington and Brown said in a joint statement. “Her vision is inspiring. Her enthusiasm is infectious. Her artistry and insight have already deepened this electrifying project.”

“Shadow Force” is being overseen at Lionsgate by Aaron Janus, and Aaron Edmonds. Quinn Curry is overseeing the production for Made With Love Media. Lionsgate’s Robert Melnik negotiated the deal on behalf of the studio.