Bjorn Ironside is taking a hiatus from screens after he was struck a life-threatening blow in the latest season of Vikings. Ahead of the show’s return to History and Amazon Prime Video, series lead Alexander Ludwig has been keeping his followers’ attention on Instagram with some insight into his blossoming love life.

On Saturday, the Vikings star posted to his Instagram story referring to their ‘relationship’ in a prank video featuring the adorable pair.

In a short clip of Ludwig sneaking up on his new partner, he captioned the vid: “Was it worth ruining our relationship? Probably not… But did I win? Oh yes.”

Since the new post, the actor has shared a number of cute couple pics to his devoted followers. 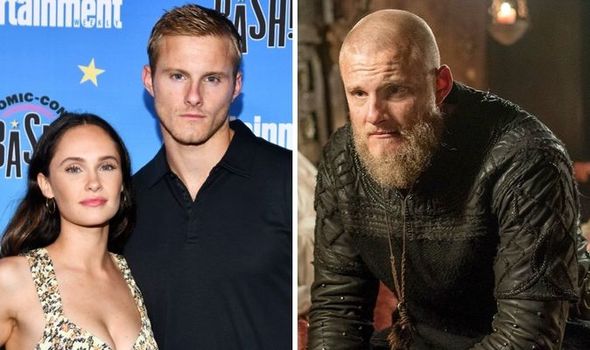 Also known for his roles in The Hunger Games and Bad Boys For Life, Ludwig and Dinsmore met on the set of the historical epic’s fifth season.

Dinsmore joined the cast as the shieldmaiden Amma, and journeyed with Bjorn and King Harald (Peter Franzén) to Kattegat to dethrone their rival, Ivar the Boneless (Alex Høgh Andersen).

Unfortunately, their raid wasn’t entirely successful, and Amma is expected to return in the second half of Vikings’ final season to take revenge on Ivar’s underhand attack on Bjorn. 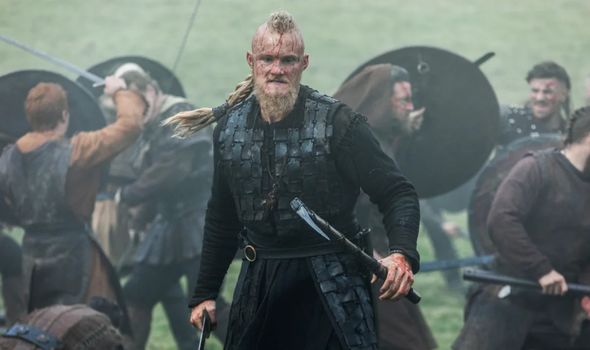 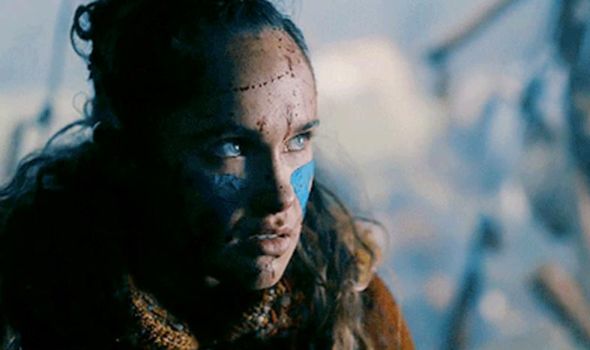 When the shieldmaiden was first introduced, Ludwig shared on Instagram: “Introducing #Amma #vikings she may be the smallest but no doubt she’s also the fiercest #viking.

“It was one of the greatest gifts of my life to get to work with my woman @_kristydawndinsmore over the past two years on #vikings I love this character and everything you bring to it. CONGRATULATIONS Baby!”

Neither Ludwig nor Dinsmore have publicly addressed their alleged split, although several of the star’s fans were eager to find out the details on Instagram.

The Vikings star sparked fresh rumours about his relationship with Lauren Dear when he commented ‘love you’ beneath one of her pictures.

Subsequently, a new snap featuring Lauren planting a kiss on the Vikings hero’s cheek seemed to solidify their relationship.

Thankfully, most fans have remained respectful amid new details of Ludwig’s love life and were quick to congratulate the pair on social media.

Under his new post, one fan wrote ‘Cuties’, while another commented ‘You two look beautiful together.’

Alexander Ludwig confirming his new relationship is certainly a rare morsel of good news for Vikings fans after the sixth season saw delays amid the coronavirus pandemic.

While it is hoped the final ten episodes will hit screens before the end of this year, neither History nor Amazon have provided viewers with a definite release date.

A new trailer has breathed new life into Bjorn Ironside after sustaining his horrific injury, but Ludwig’s role in the final episodes is suspected to be short-lived.

After his brother Ivar left him clinging to life on the shores of Kattegat, fans have now been waiting for months to find out how the show will finally come to an end.

Vikings season 6 will return in 2020 on Amazon Prime Video.