In the history of Vikings, there’s one friendship that fans cherish above all others. Ragnar Lothbrok (Travis Fimmel) takes Athelstan (George Blagden) in the first raid on England at Lindisfarne and their lives are forever changed. Read on to learn why Ragnar chooses to save Athelstan when they return to Kattegat.

Ragnar raids Lindisfarne and takes Athelstan with him 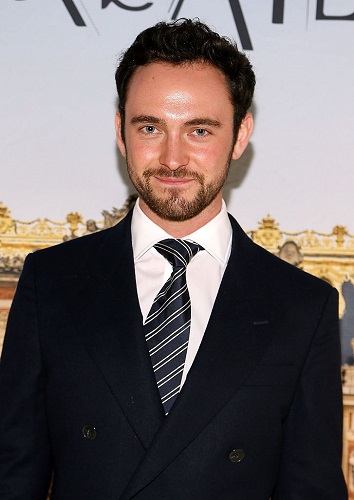 Ragnar follows his dream to travel west when the local earldoesn’t believe he can do it. He lands with a small crew of men at Lindisfarneand England is never the same after that. Athelstan is a monk at Lindisfarneand Ragnar chooses to take him with them when he returns to Kattegat.

The earl tells Ragnar he can only take one piece of treasure with him, and he chooses Athelstan. He knows that if he doesn’t, Athelstan will be sold as a slave, and Ragnar has already seen his immense value.

Over the years, Athelstan becomes a member of the Lothbrokfamily. He and Ragnar become best friends and Athelstan even teaches Ragnar howto speak his language so he can communicate when he travels back to England.

George Blagden, who plays Athelstan, spoke in a roundtable discussion at WonderCon in 2013 and Collider took part. Blagden spoke about his character and Athelstan’s relationship with Ragnar. He was asked if Athelstan will share his faith in the series, and fans know that he does. Both Athelstan and Ragnar learn a lot from each other, which is why Ragnar saves Athelstan and takes him to live with him.

“Yes. Yes. [laughs] Yes. He will, and as you’ll see as theshow develops, you’ll see why Ragnar saved him,” Blagden said. “Because herealizes there’s a lot that he can learn from Athelstan, as well as there beinga lot from Ragnar that Athelstan can learn. And I think that’s what’s greatabout their relationship, is that they really are in it for each other, andthey really can get a lot from each other.”

Athelstan is eventually killed by Floki

RELATED: ‘Vikings’: Why the Bond Between Ragnar Lothbrok and Athelstan Was so Critical

In season 3, Athelstan is praying when Floki (Gustaf Skarsgård) comes in and kills him. Floki was extremely jealous of Athelstan’s friendship with Ragnar, and the murder is a devastating blow for Ragnar specifically. He carries Athelstan to the highest place he can find to bring him closer to his god. He also creates a makeshift cross for a headstone.

Athelstan’s death changes Ragnar forever. He is arguablynever the same again. He changes and becomes more closed off and not as full oflife. In the end, Ragnar wouldn’t have been able to go to Paris without theintel he learns from Athelstan. He also learns a lot about the Saxons thanks toAthelstan as well as their culture and god.

The friendship between Ragnar and Athelstan was an integralpart of the Viking story. Without Athelstan, Ragnar wouldn’t have been the manand the legend that he became. They learn a lot from each other and it makesthem both better people in the end.

If Ragnar hadn’t saved Athelstan, who knows where either ofthem could have ended up? In the hit series Vikings, Athelstan andRagnar’s friendship changes both of their worlds forever.