'Vikings' Season 6: How Ivar the Boneless Has Really Changed

Ivar the Boneless (Alex Høgh Andersen) has dealt with a lot since the death of both his mother and father. He’s gone from an angry son of Ragnar Lothbrok (Travis Fimmel) to a powerful ally of the Rus Vikings. Read on to learn how Ivar has changed so much in season 6. There are spoilers ahead for Vikings.

From a god to a man on the run 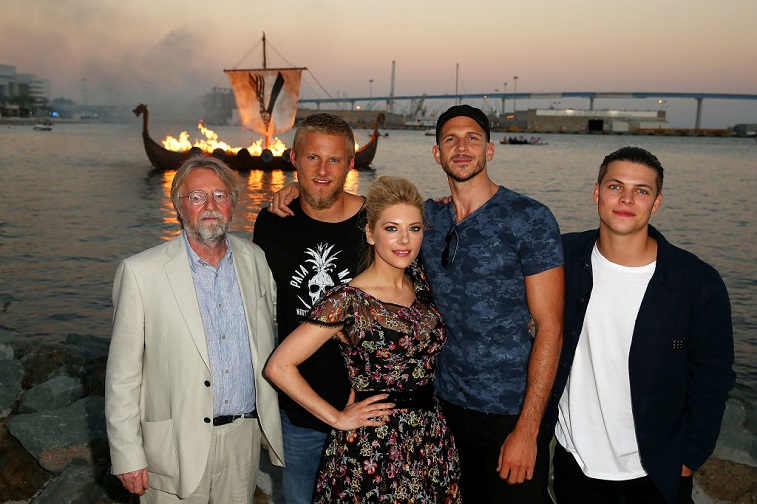 Ivar has changed from the days when he proclaimed himself agod in Kattegat. Once he’s defeated by his brothers, Ivar heads out on the runlooking for safety as far away as he can get. He lands in Kiev where he meetsPrince Oleg (Danila Kozlovsky). Oleg is even more ruthless than Ivar and heshows it in everything he does. It’s easy to start to feel some type of sympathyfor Ivar’s plight in Kiev.

Prince Oleg is even crazier than Ivar the Boneless

Oleg says he will set Ivar up as the puppet King in Kattegat, but Ivar doesn’t want to be controlled. He’s playing a game with Oleg, but it’s a dangerous game to be sure. Just one wrong step, and Oleg could kill him. It’s refreshing to see someone who is more ruthless than Ivar. It puts Ivar in a much more sympathetic light.

This new situation where Ivar is pretty much powerless hassobered him up a lot. He is no longer walking around like he owns the place orthat he’s a god that deserves to be worshipped. He’s just Ivar trying to dealwith a delusional ruler in Oleg.

The situation is very sobering for Ivar

Fans of the series seem to agree that Ivar is different thisseason and it’s a welcome change. Ivar has obvious issues with the situation,but he has no other options right now but to go along with Oleg’s plan to invadeScandinavia.

“I’m enjoying Ivar’s character/acting this season,” a Reddituser explained. “He wants to be king again, he wants to defeat hisbrothers, but even he’s being out-crazied by the Rus and you can really tellhow he has very mixed feelings about this invasion. He doesn’t want to be a puppetking or march with a Christian army but he doesn’t see much of a choice.”

Ivar has also taken the time to open up to Prince Igor (OranGlynn O’Donovan) and befriend him. Oleg doesn’t treat him right, and Ivar istrying to find a way to stay in his good graces because you never know whatmight happen in the future. Ivar is playing all sides to his own advantage, butit seems different in a way. He seems to really care about Igor and it’sobvious when he comforts him and spends all his time with him.

Ivar has changed in that he isn’t as ruthless as he used tobe. He’s starting to value good friendships and the value of trust. He’s waitingfor the right moment to strike, and when he does, Oleg and the rest won’t knowwhat’s coming for them.