Rick Grimes is going. Maggie Rhee might be? And there’s another character who in the foreseeable future may part ways with Alexandria.

Walking Dead fans have been concerned with Michonne’s future going forwards. While undoubtedly a major character and one that the show surely wants to keep, actress Danai Gurira’s star continues to rise – having recently featured in Black Panther and Avengers: Infinity War.

So is it a matter of time before Gurira decides to leave? 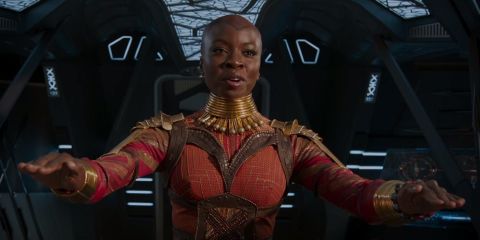 The Hollywood Reporter posed this very question to new showrunner Angela Kang, and two things appear to be clear: Gurira is locked down for season nine; but after that, her future on the show is uncertain.

“She’s definitely a series regular this season, and then beyond that – that is out of my realm,” Kang said. “We just know that we have lots of story we want to tell with Michonne.” 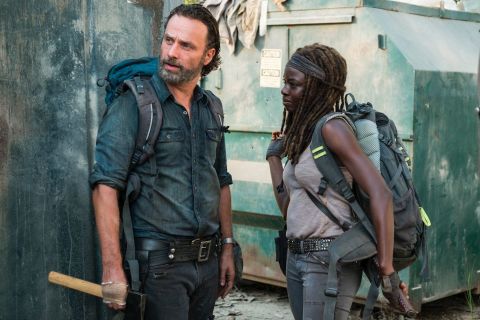 The show boss added: “Michonne definitely has a meaty arc this season, and it’s one that unfolds in a way that I hope will be interesting to our viewers.

“Danai and I have been having a great time discussing her character this season. We’re trying to see what other shades we can bring into this character and this role, because she has depth as an actor and is such a smart actor.

“We’re loving writing for Michonne, and there’s going to be some cool stuff for fans to see that will hopefully be surprising.”

The Walking Dead airs on AMC in the US and on FOX and NOW TV in the UK.