Walking Dead season 10: Will Alpha and Negan get together in season 10 episode 9?

In AMC’s The Walking Dead Alpha (played by Samantha Morton) is the leader of the Whisperers. The Whisperers are a mysterious group of survivors who disguise themselves with the skin of walkers. In the series she comes across Negan (Jeffrey Dean Morgan), who is accepted into the group.

Will Negan and Alpha get together in The Walking Dead?

Fans are wondering whether Alpha’s demise will come sooner rather than later after spotting a clue.

Negan and Alpha meet in episode six of the 10th series, during the conflict between the main survivors and the Whisperers.

Negan was captured and taken to Alpha, and fans are wondering how their relationship will develop.

While some believe Negan will turn on Alpha and kill her in the next episode, others have spotted a clue hitning their relationship will go in another direction. 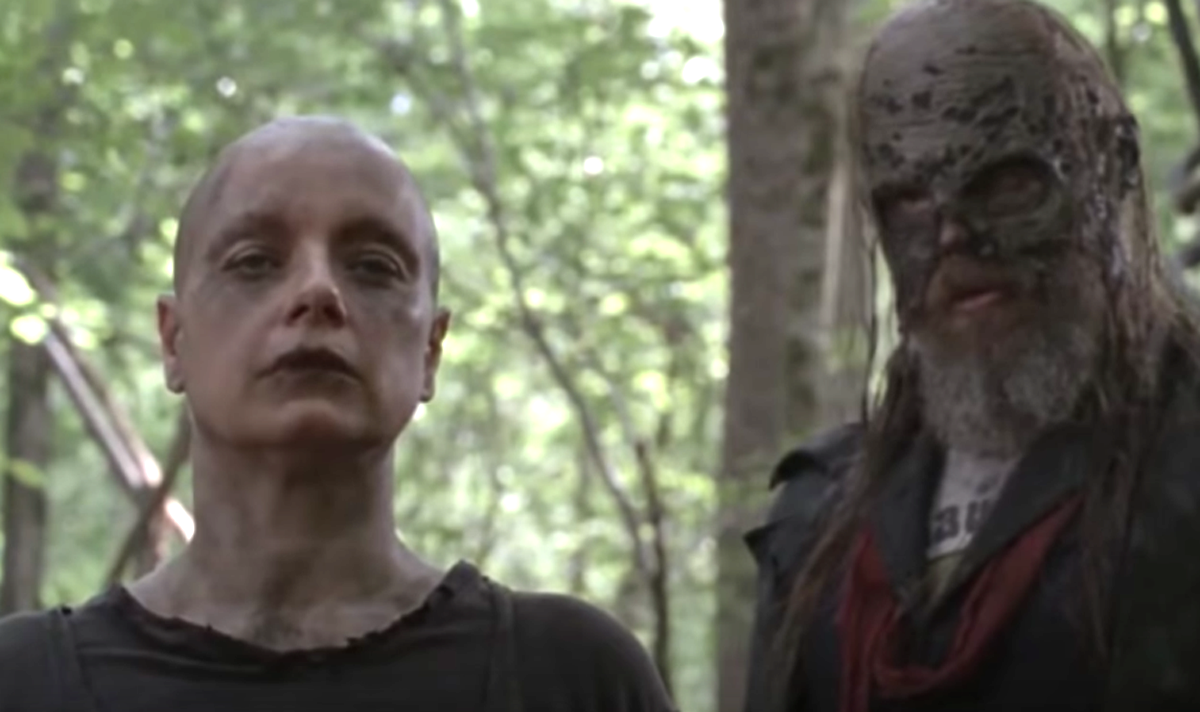 According to Comicbook.com, there is a content descriptor containing ‘SVL’.

This indicates the next episode contains sexual scenes, as well as violence.

Usually the series has rarely included sexual scenes which require the advisory.

This has left fans wondering whether Alpha and Negan’s relationship becomes sexual. 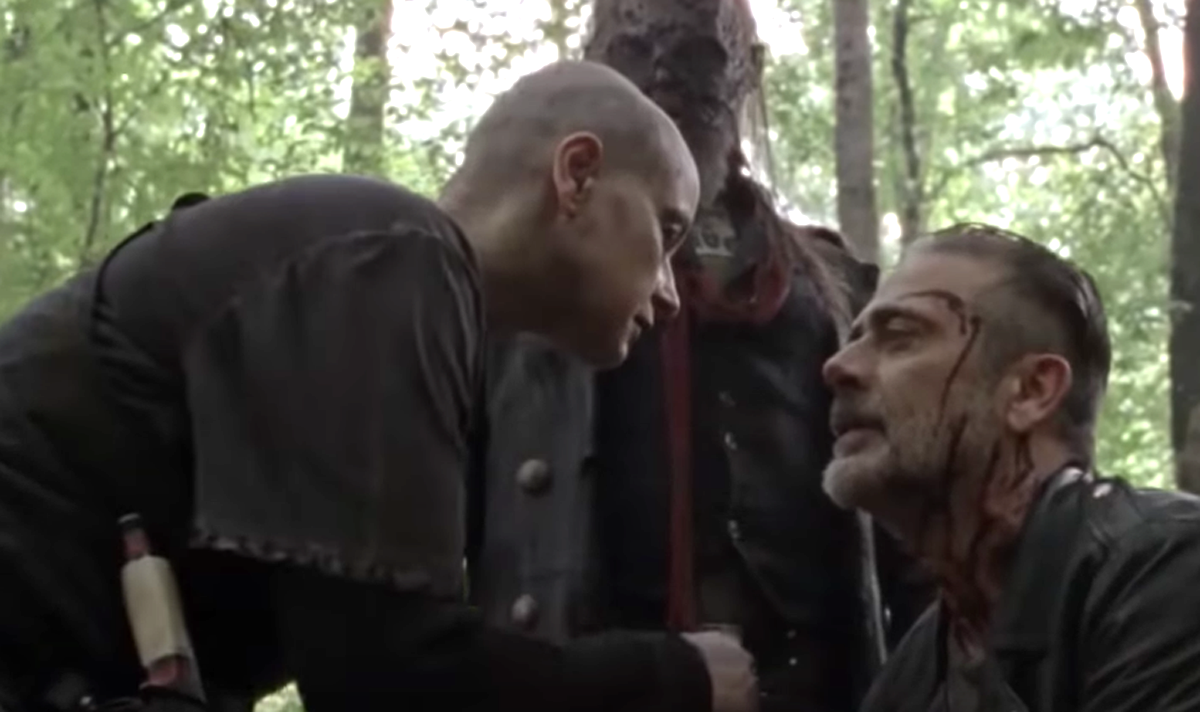 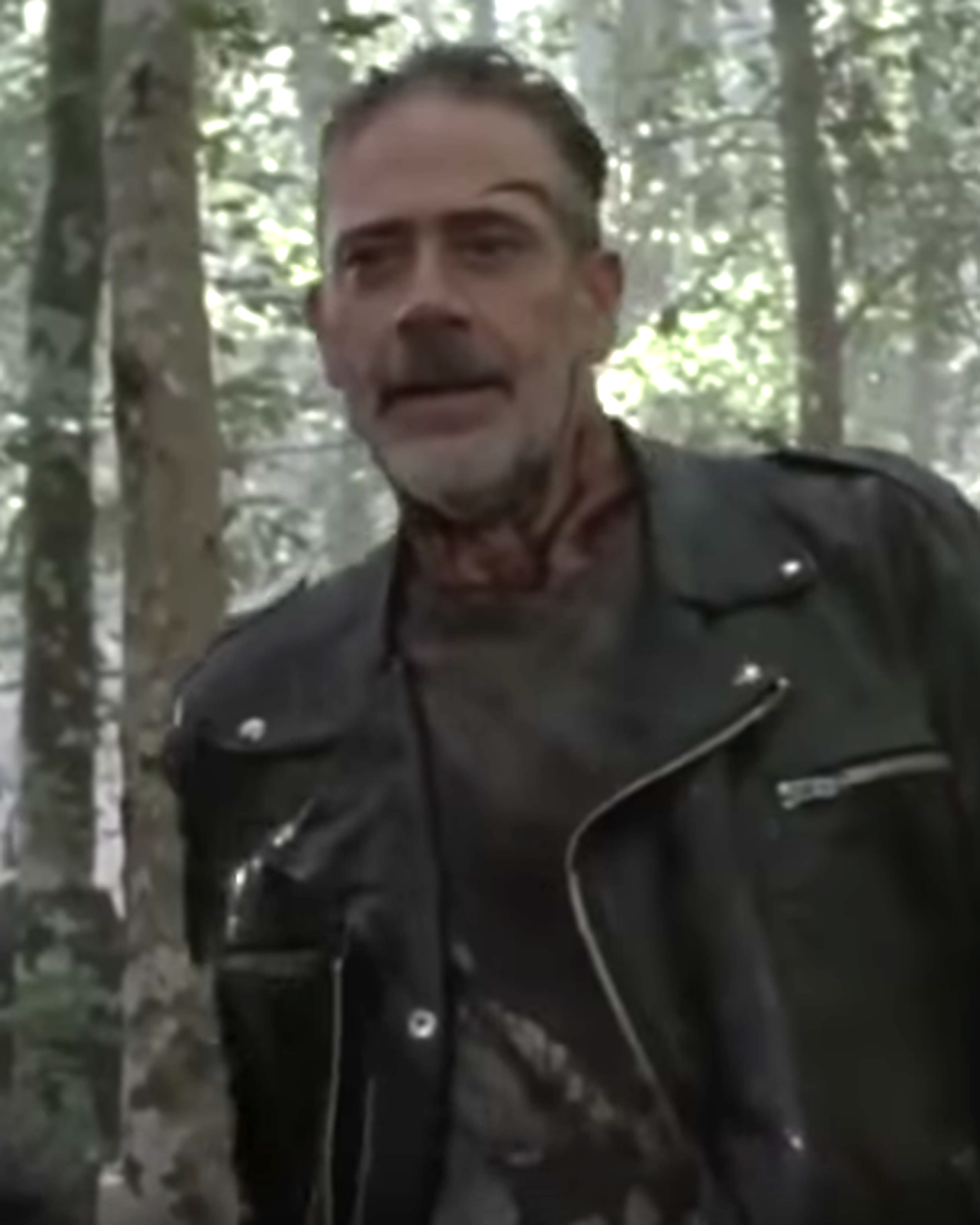 Showrunner Angela Kang told Entertainment Weekly: “Obviously, we have Negan embedded with the Whisperers, so we’ll continue to kind of tell the story that’s involved there.

“And then, not necessarily specific to the episode back, but just as a whole, at this point now some lines have been crossed, right?

“The border has been crossed by both sides. There have been these acts of war and so things are now escalating very, very fast.

“And we kind of get to the big conflict between the Whisperers and our people.”

DON’T MISS…
Walking Dead theory: Will Michonne die in the next episode? [VIDEO]
Walking Dead season 10: Who dies next? Trailer for next episode reveal [VIDEO]
The Walking Dead plot hole: Where does Daryl get his cigarettes from? [FAN DISCUSSION]

Will Negan kill Alpha in The Walking Dead?

The comic book series indicates the relationship between Alpha and Negan ends with a bloody scene.

After running away from being held prisoner in Alexandria, Negan seeks the support of the Whisperers.

Negan lies about his relationship with the enemy side and Alpha lets Negan stay.

But the pair are soon to clash and fans think the show is likely to end with Negan killing Alpha.

The next episode in the series, titled Squeeze, will see the main survivors trying to make it out of the cave they were trapped in.

They are being taunted by a horde of Alpha’s walkers and fans have already come up with theories on who makes it out alive.

AMC bosses have already teased a major twist between Negan and Alpha.

In the comic books Negan ends up beheading Alpha after winning her trust.

The Walking Dead season 10 returns to AMC on February 23