Walking Dead: Who was Beta in The Walking Dead? Identity before outbreak revealed

AMC hit series The Walking Dead has now aired the last instalment of season 10, which finished with an epic battle between Beta (played by Ryan Hurst) and the Whisperers and the communities. Beta was out for revenge after Negan (Jeffrey Dean Morgan) murdered Alpha (Samantha Morton). However, things ended in typically bloody fashion with the ante upped right up.

WARNING: This article contains spoilers from The Walking Dead

Beta was killed in one of the most stomach-churning deaths The Walking Dead has featured to date.

The maniacal villain had knives driven into his eyes before he was thrown to a ravenous horde of Walkers.

There was hairy moment as Daryl Dixon (Norman Reedus) and the survivors had to trust Alpha’s daughter Lydia (Cassady McClincy) to help send the Walkers off the side of a cliff in a bid to defeat them.

As Beta was taken away by the swarm of zombies, his flesh mask came off in the process and his true face revealed right at the end. 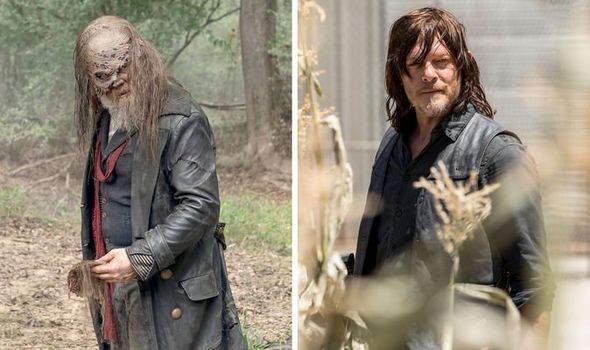 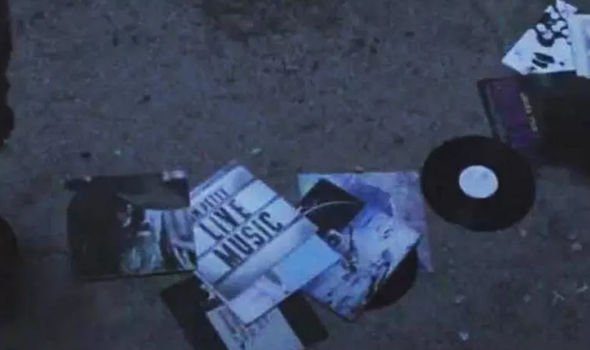 Beta has staunchly kept his mask on throughout unlike the other Whisperers because he didn’t want people to know his true identity.

Many viewers are now eager know more about Beta before he became a Whisperer and his life pre-apocalypse.

The episode called Look At The Flowers confirmed Beta had been a celebrity and a famous country singer.

He was well-known and had sold many records and performed under the stage name Half Moon. 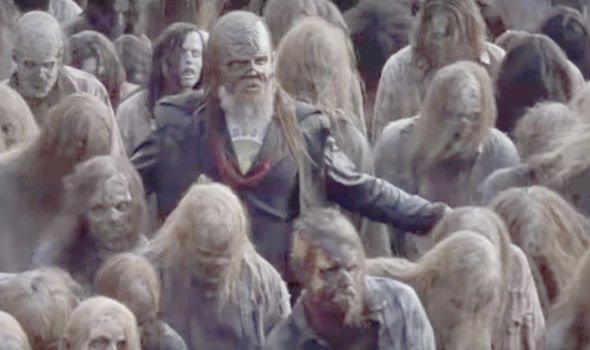 However, the outbreak had a profound impact on Beta and he spiralled into madness before deciding to join Alpha.

At one point, Beta was seen listening to his old Half Moon songs as he tried to decide what to do before launching the attack on Alexandria.

Prior to all of this, there had been clues about Beta’s real identity with prequel series Fear The Walking Dead even featuring an Easter Egg for fans.

Half Moon’s face was seen on an album cover getting destroyed by a group of Walkers in a split-second shot. 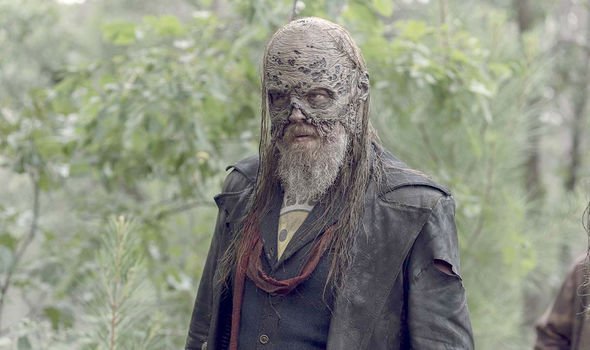 The hazy record cover showed Half Moon with his full beard, which Beta has retained.

This moment was an indication of his life before Beta and how big he was as a singer.

In fact, Beta has previously silenced anyone who even remotely recognised him as Half Moon.

Speaking about the season 10 finale, Reedus told Deadline: “It was just such an epic finale, but it was an epic year.

“I mean, we had Alpha, we had Beta, we had these giant super characters that season and the Beta episode at the end, the finale, where he’s coming at us with 200,000 zombies it had to be as big as Alpha’s end. So, to me, the whole season was large.

“To have a break and then to have this giant finale I feel like you might want to go back a couple of episodes and rewind, and then rev the engine back up to get it back to fifth gear, you know what I mean?”

Season 10 ended with the Whisperers now gone and room for the next big bad to be introduced to the survivors.

The finale also heralded the return of Maggie Rhee (Lauren Cohan) following her departure six years ago amid the time-jump.

Season 11 of The Walking Dead has now been confirmed to be the final outing of the show AMC show.

There will be some extra episodes in the final outing as this chapter of the franchise concludes.